Cast Of “It’s Dangerous Beyond the Blankets” Names Suga, Taeyeon, And More As Fellow Celebrity Homebodies

The cast of MBC’s “It’s Dangerous Beyond the Blankets” talked about some celebrity homebodies who would be a good fit for the show’s concept.

“It’s Dangerous Beyond the Blankets” is an MBC reality show where celebrity homebodies go on vacations and get to know each other. It’s been popular since its pilot episodes as many viewers enjoy the fun of watching the stars out of their element as they overcome the initial awkwardness and bond while traveling.

On the July 12 season finale, the cast gathered around the table with snacks to chat before watching a soccer match.

Highlight’s Yong Junhyung asked the other members if they knew anyone else who is a homebody. He and Loco both said they don’t know who’s a homebody because they don’t go out.

Kang Daniel answered, “BTS’ Suga is a true homebody, but he’s so busy.” Lee Yi Kyung said, “Son Ye Jin is a real homebody. Even when she hangs out with people, she invites them to her home.”

Kang Daniel, who appeared on both the pilot episodes and regular season, stated, “If ‘It’s Dangerous Beyond the Blankets’ creates another male season, I believe that I’ll be on the show again.”

After Loco named Red Velvet’s Irene, NCT’s Mark said, “From what I’ve heard, Girls’ Generation’s Taeyeon [is a homebody].” Gray replied, “Taeyeon is really well-known for being a homebody.”

Gray suggested, “Next season, I’ll appear and find out who is a homebody.” Loco concluded, “I think it’ll be interesting if female homebodies came on and showed their carefree appearances.” 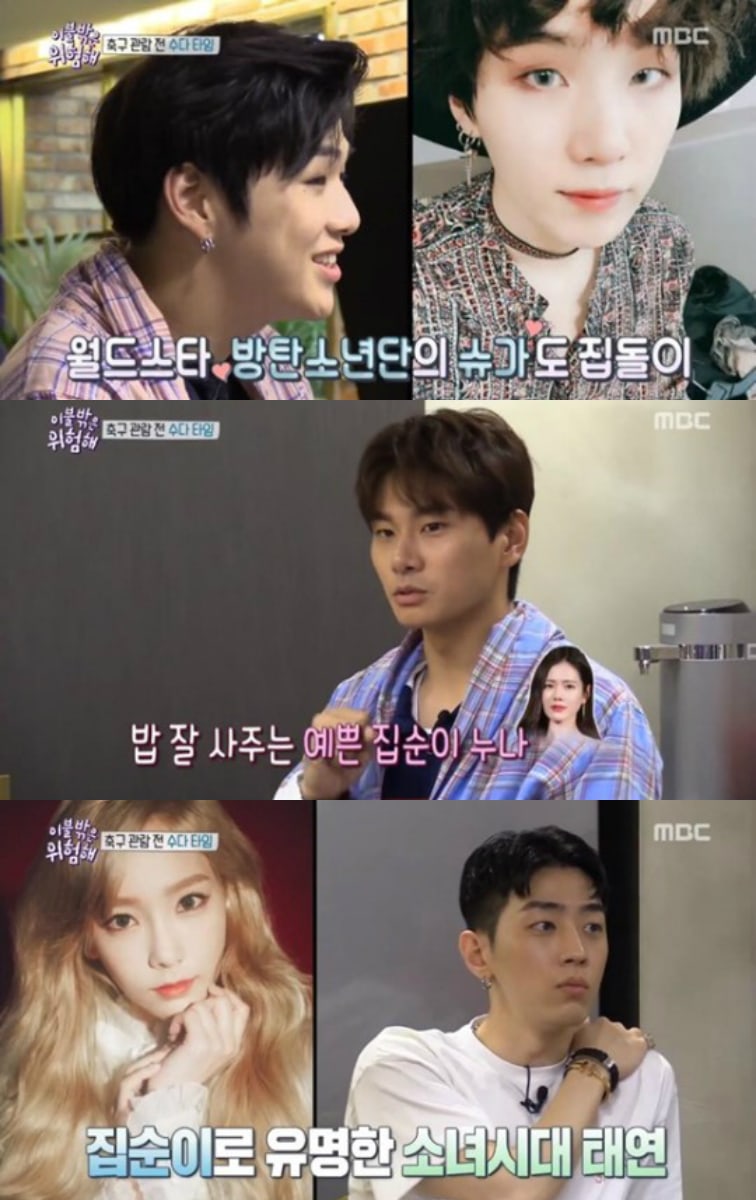 During the chat, Highlight’s Yong Junhyung brought up the topic of binge-worthy shows. Wanna One’s Kang Daniel said that he doesn’t leave his home for three days when he gets hooked on an American series.

Lee Yi Kyung asked if anyone else watched “Black Mirror” and Yong Junhyung brought up “Narcos.” Gray named “Breaking Bad” as his favorite series and Loco added his was “Game of Thrones.”

The first season of “It’s Dangerous Beyond the Blankets” came to an end on July 12. Check out the show below!

BTS
Wanna One
Suga
Kang Daniel
It's Dangerous Beyond the Blankets
How does this article make you feel?