HA:TFELT (Yeeun) has revealed that she’s open to having another public relationship in the future!

In a recent pictorial and interview for BNT Magazine, the former Wonder Girls member talked about her true personality, her drinking habits, and her love life—or lack thereof.

While discussing fashion and skin care, HA:TFELT divulged that she was surprisingly low-maintenance for a celebrity. “I have zero interest in luxury brands,” she shared. When asked about the secret to her amazing skin, she replied, “I don’t really do much in terms of taking care of my appearance. I recently visited the dermatologist for the first time in a year.”

The singer also described herself as having a tomboyish personality, remarking, “If I had been born as a guy, I think I would have been a tough, manly type.” 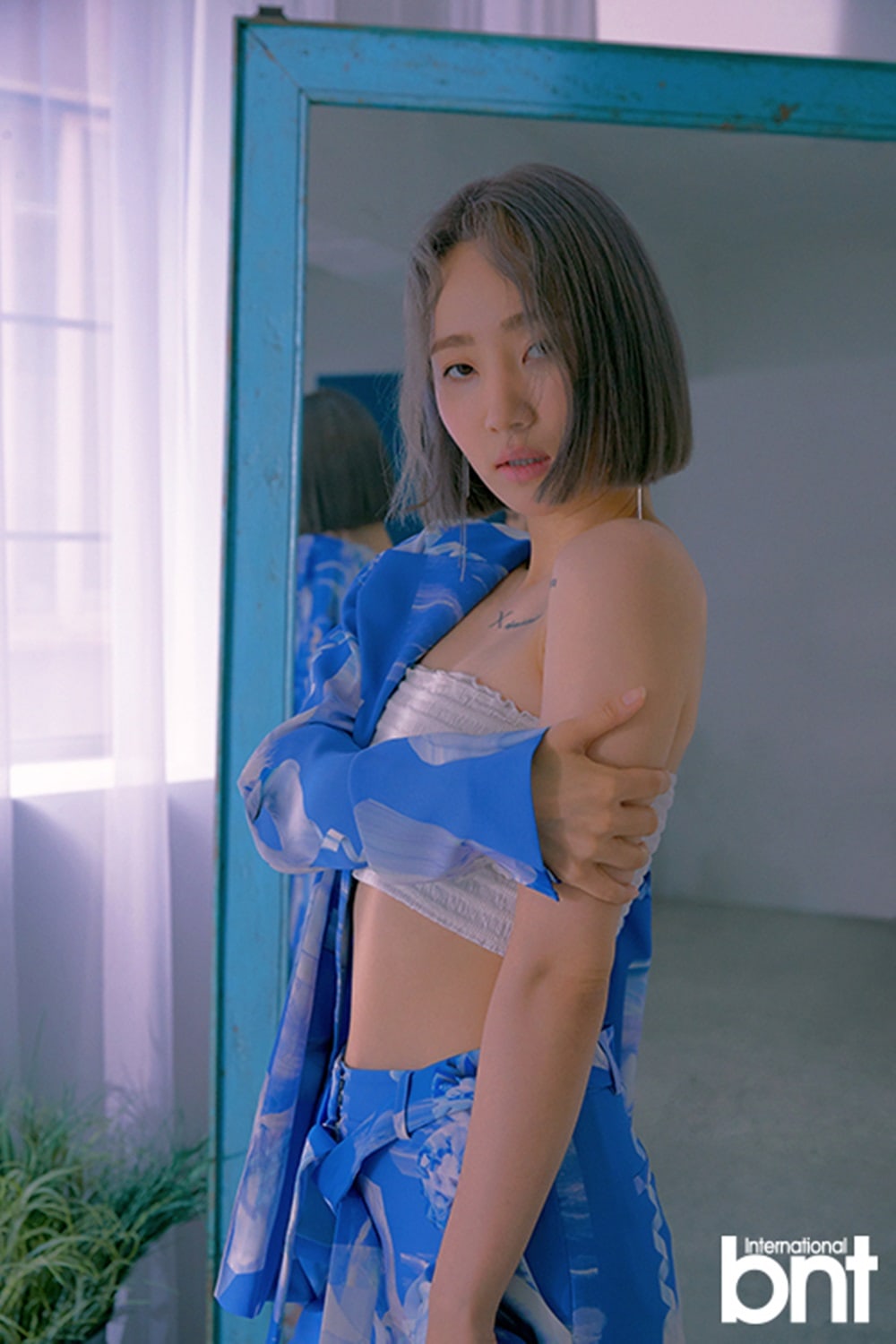 HA:TFELT didn’t shy away from talking about alcohol, admitting freely, “I like drinking. My alcohol tolerance is approximately two bottles of soju, and when I get drunk, I start using a lot of English.” 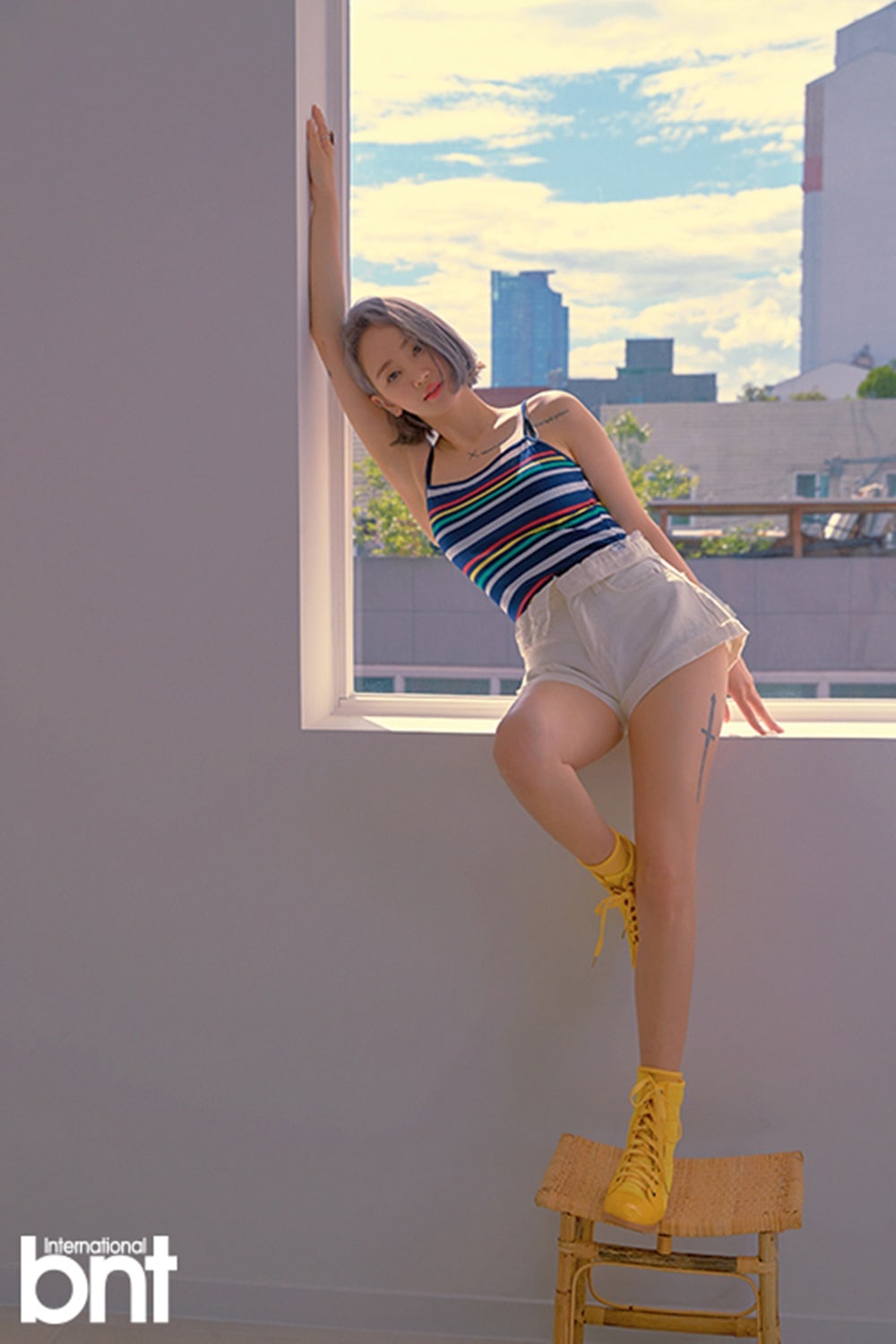 The singer’s refreshing honesty continued when it came to the subject of romance. HA:TFELT has mentioned in the past that she regretted going public with her relationship with 2AM’s Jeong Jinwoon, with whom she parted ways in 2017 after four years of dating.

However, she reported that she is still willing to go public with another romance in the future. “If my [future] partner wants to reveal our relationship [to the public],” she said, “then I’ll date publicly.”

She added, “I really want to date so badly. I want to meet someone whose values match my own.” 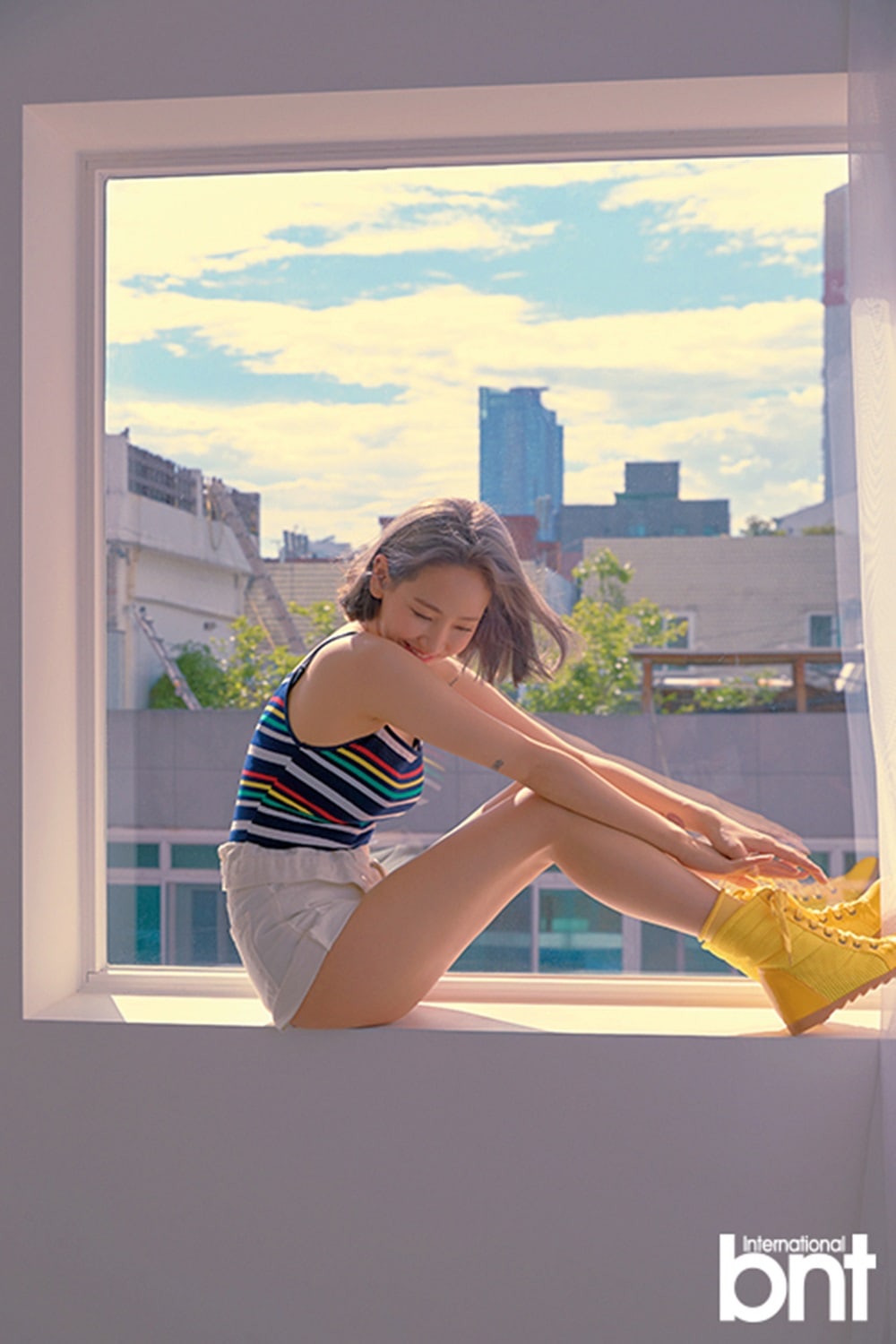 HA:TFELT is currently preparing to make a comeback with a full-length studio album, aiming for a release sometime in late 2018. 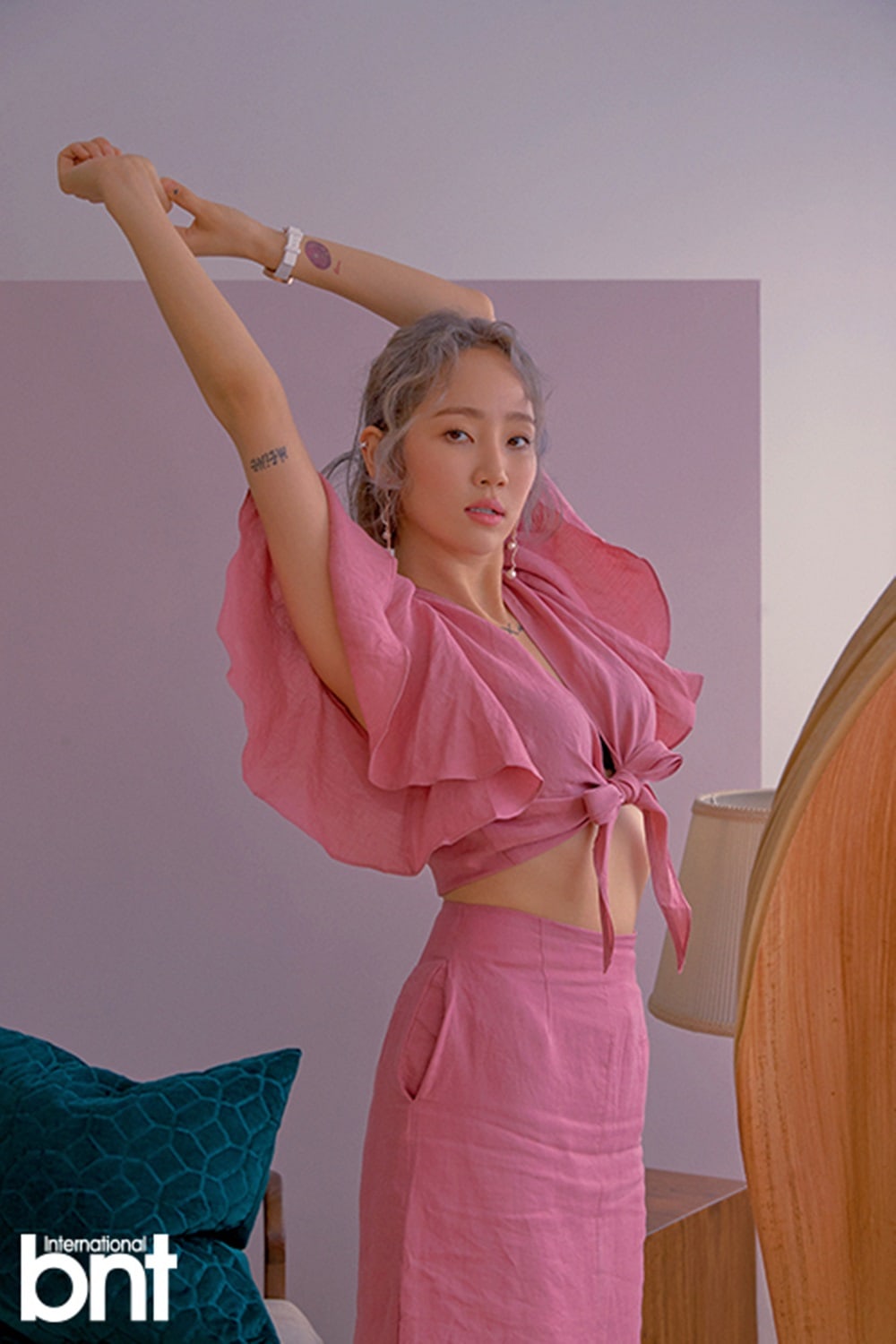 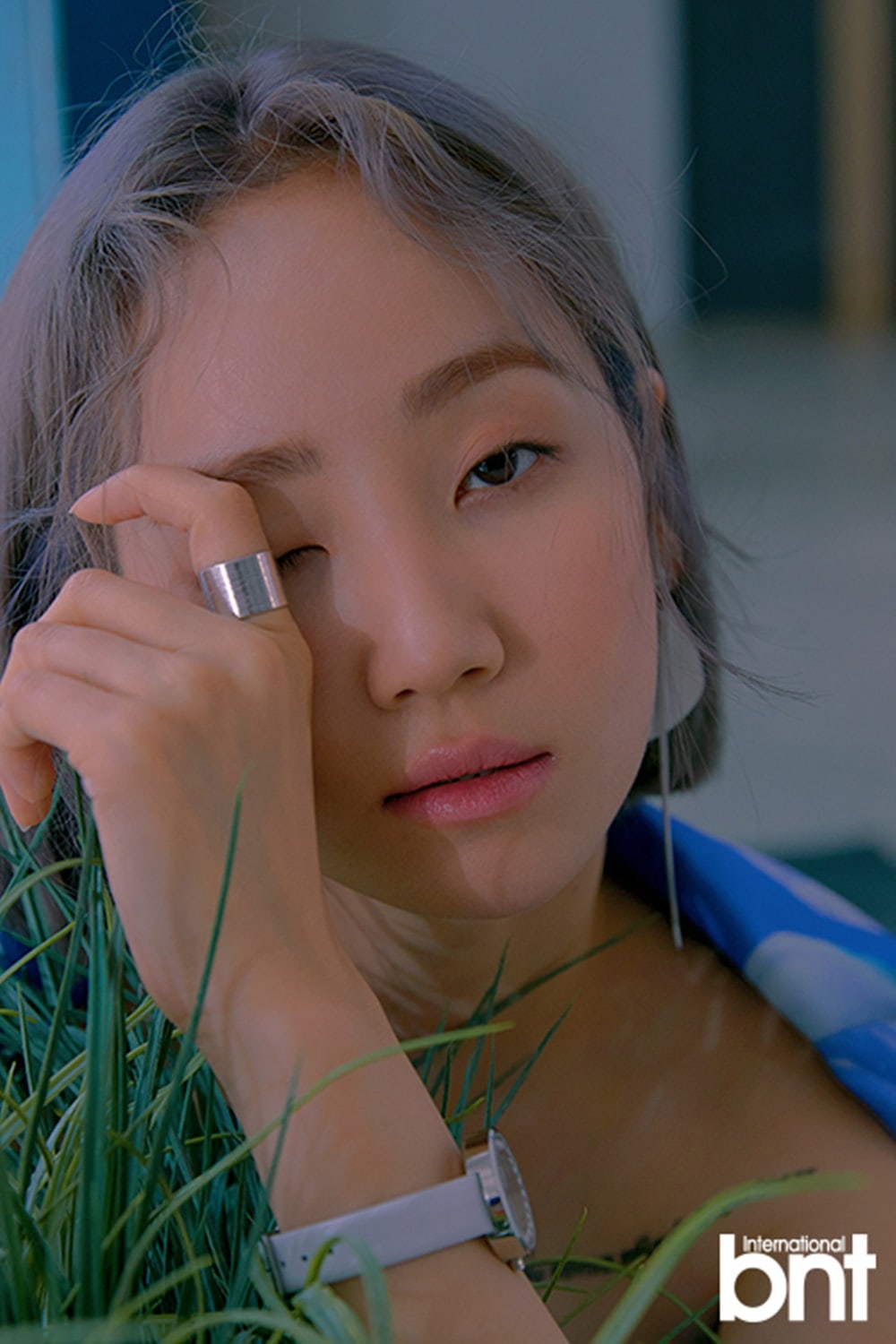