“Time” Cast Appears Burdened By Their Past In New Posters

Premiering on July 25, “Time” tells the story of four characters who become intertwined due to the choices they made in the past. Starring Kim Jung Hyun, Girls’ Generation’s Seohyun, Kim Jun Han, and Hwang Seung Eon, the combination of these actors is expected to bring fresh energy.

The first poster embodies the main characters’ fate which were tangled by time. It seems as though the gazes of the four actors all show a different reaction to time. Kim Jung Hyun, who plays Cheon Soo Ho “the man who wants to stop time,” looks forward with sentimental eyes. Seohyun, who plays Seol Ji Hyun “the woman who is left alone in frozen time,” has an aimless gaze that appears lonely and sad.

Kim Jun Han, who plays Shin Min Suk “the man who can’t undo time that he crossed,” has an expressionless face and looks the opposite way from Seohyun. In the drama, the two are dating. Hwang Seung Eon, who plays Eun Chae Ah “the woman who hides behind manipulated time,” looks fierce but seems to avoid facing the wrong choice she made. The characters’ faces are juxtaposed against a background that seems to represent time that keeps passing. The messages in the background talks about how the time that everyone wanted to stop but couldn’t is already ticking. 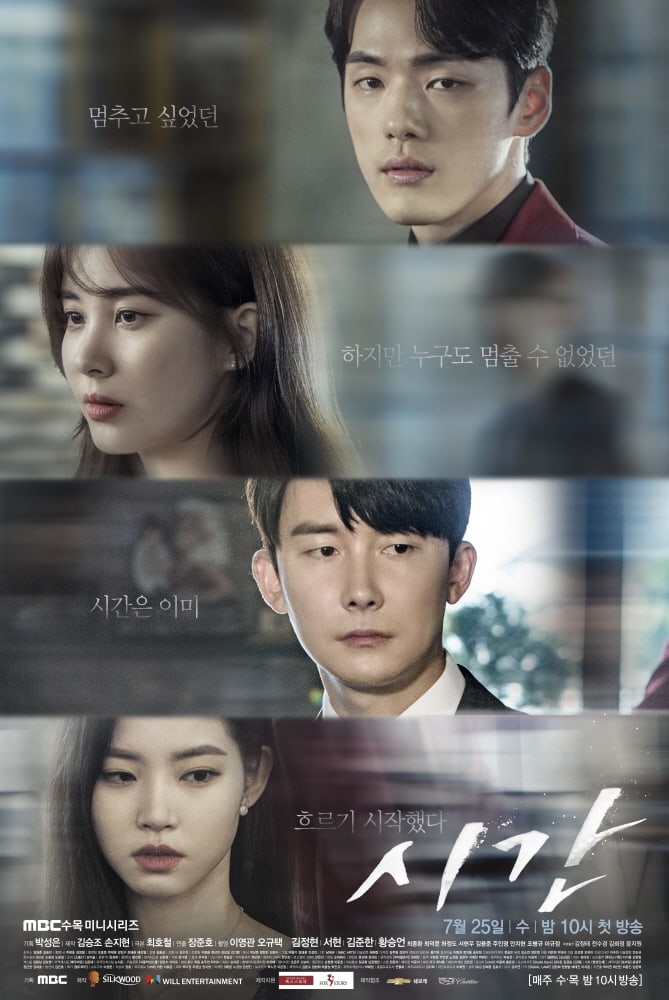 The second poster represents the two sets of characters imprisoned within frozen time. Although Kim Jung Hyun and Seohyun are physically apart, they are looking at the same thing. The shadows of Kim Jun Han and Hwang Seung Eon that appear between them seem to foreshadow something bad. On the other hand, Kim Jun Han and Hwang Seung Eon are positioned together because they walk the same timeline. However, they are looking at different things which indicates their goals are different. 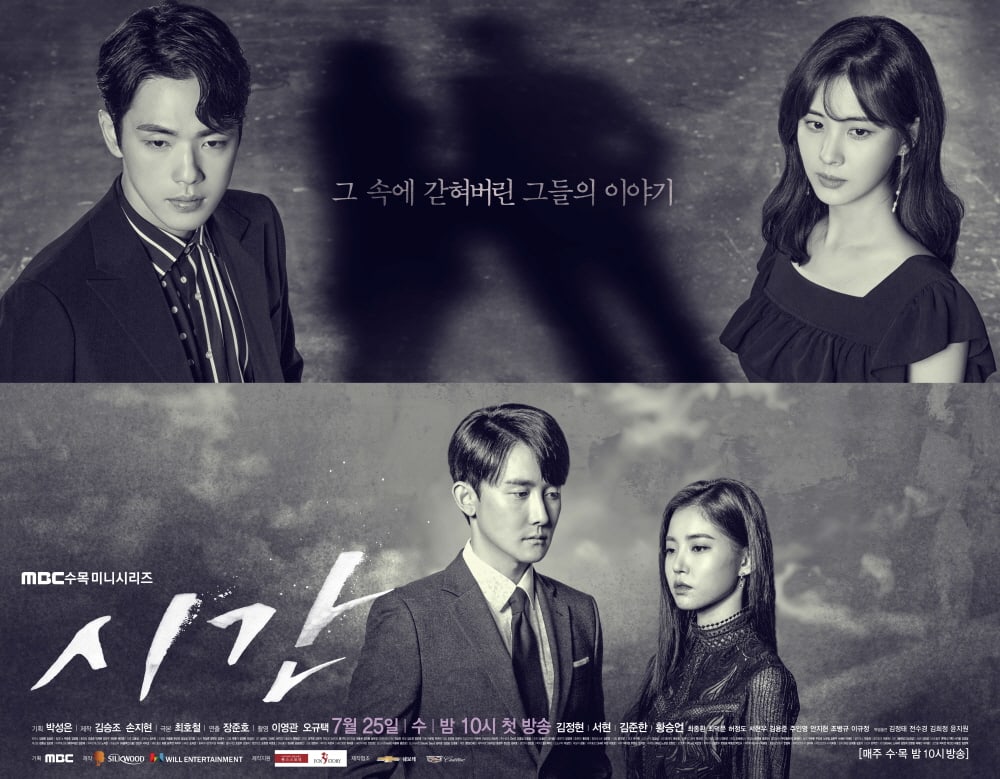 The production staff hopes “Time” will make people think about how everyone spends the same time that each is given. They asked for viewers to look forward to the main characters as they create their own stories.

If you haven’t already, watch the latest trailer by clicking below!