When the panel celebrated Jisoo’s appearance, she showed that she was brimming with confidence with her self-introduction, “I’m already the ace, Jisoo.” MC Jun Hyun Moo asked if it was true that she had approached the production staff first about a guest appearance and Jisoo replied, “I came out here to be the ace. Yoo Se Yoon said that he was thinking about leaving the show and I’m eyeing that spot.”

After the team selections were done, Jisoo shared that she had wanted to be on the same team with SEVENTEEN’s Seungkwan, which unfortunately did not end up happening. Instead, Jisoo was on Lee Soo Geun’s team with Heo Kyung Hwan and Yoo Se Yoon.

The first quiz was an “emoticon quiz” and Eun Ji Won commented, “I’ve never seen anyone do really well who say beforehand that they’re going to do well.” Jisoo replied, “You’re going to see that person in me.”

Although Seungkwan answered the first question with his fast reflexes, Jisoo was quickly able to answer others, including her own song “Play With Fire.” The two idols stayed head-to-head until Jisoo took the lead with a question about BLACKPINK’s latest song “DDU-DU DDU-DU.” 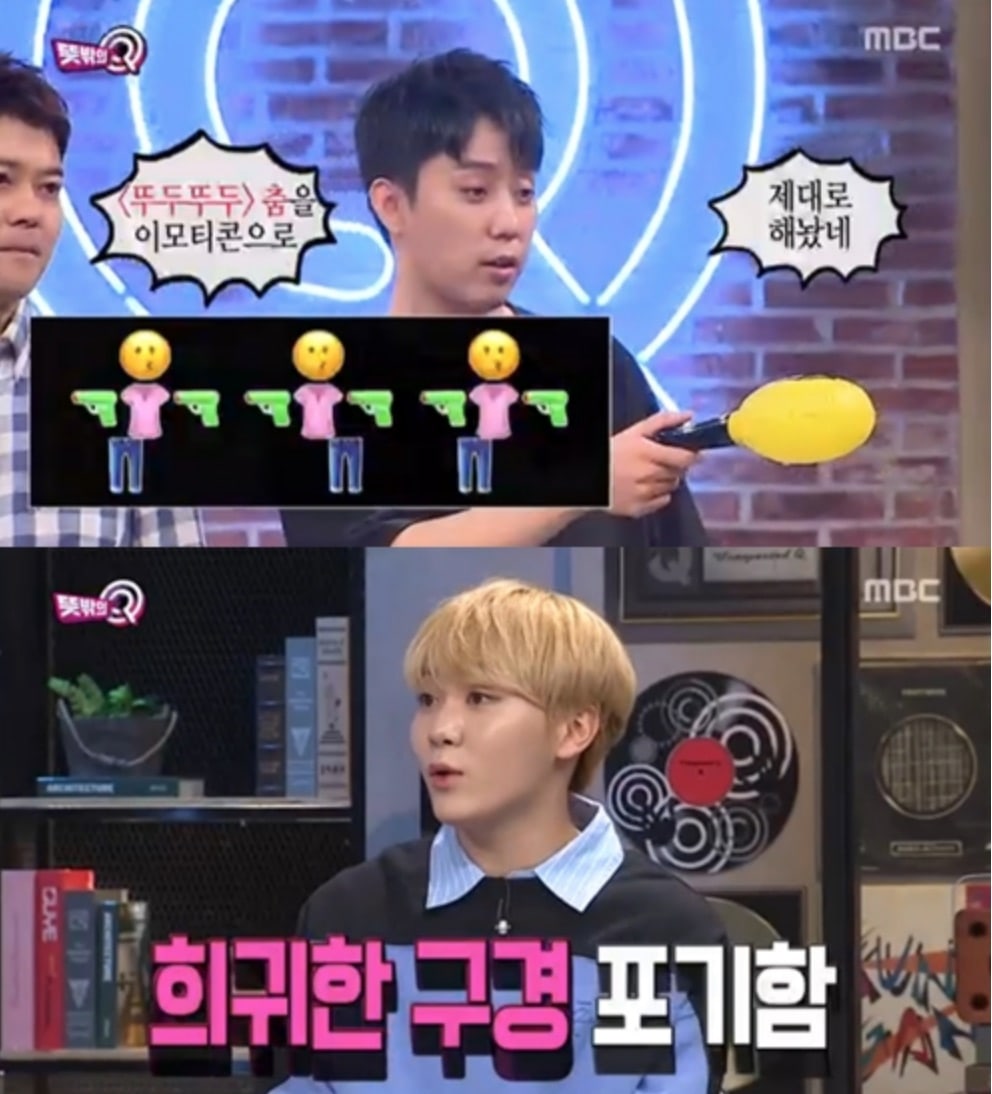 Jun Hyun Moo’s team then took the lead in the subsequent quizzes to win the show, but Jisoo was unanimously voted the MVP of the episode by the entire cast.

BLACKPINK
Jisoo (BLACKPINK)
Unexpected Q
How does this article make you feel?