Ku Hye Sun has shared her thoughts on working as a film director.

Talking about the fact that other actors and staff members have happily agreed to work on her films in the past, Ku Hye Sun said, “I try to film movies quickly, so I think they react favorably the next time I do a project. I don’t know if I’ll continue directing in the future, but I think I’ll continue to be indebted to them.”

She also shared the differences between her working styles when it comes to acting and directing. “I’m somewhat sensitive while acting, but when I’m directing, I do it like I’m one of the nicest people in the world,” she said. “When I was an actress on set, I developed a manual for the kind of director I didn’t want to become. So I direct while thinking to myself, ‘An actor is a person, not an object.'”

She added with a laugh, “However, I don’t know if the actors who appeared [in my films] felt that way.”

Speaking about her limited budget as a director, Ku Hye Sun stated, “I have to learn how to edit. I think that I’ll be able to save on budget costs if I learn how to do more things, so I’m trying to learn, but my skills are still lacking.” 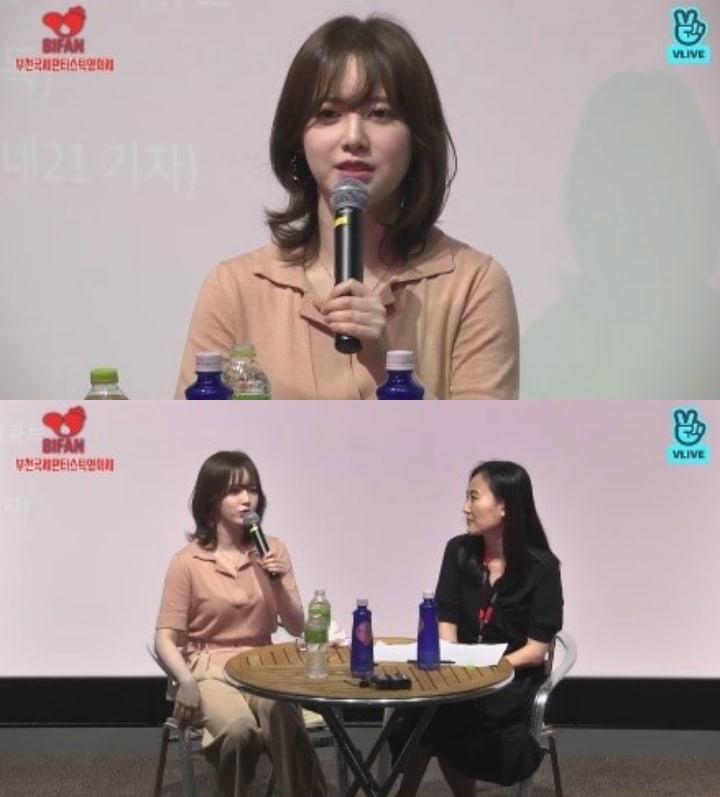 Ku Hye Sun also mentioned that she hoped the public would take her more seriously as a director, explaining, “For now, I still lack credibility as a film director, and I’m facing difficulty because of repeated failures. I have the ambition of wanting to meet many moviegoers [through my work].”

When asked whether she’d spend a lot of money on casting if she had access to a big budget, she replied, “Instead of [spending more money on] actors, I think I’d pay more attention to equipment, filming beautiful landscapes, and the staff’s wages.”

The actress-turned-director, whose films so far have included “The Peach Tree” and “Mystery Pink,” revealed that she wants to shoot a feature film about vampires in the future. When the interviewer suggested that Ku Hye Sun appear in the film to save on budget costs, she replied, “As a wife, I’ll ask my husband Ahn Jae Hyun, who’s at home right now.”

She also shared a specific concern that she faces as a director. “Since I’ve worked in broadcasting since I was young, I might lack a sense of reality,” she remarked. “So I end up thinking a lot about what kind of film the audience will be able to relate to.”

Ku Hye Sun
How does this article make you feel?