Trot singer Jang Yoon Jung and announcer Do Kyung Wan have briefly returned to “The Return of Superman!”

The couple made a cameo on the show as the commentators for the episode on July 15. They previously had appeared on the show for a limited run showing the pregnancy and birth of their first child.

In the recording studio for the narration, the couple said, “I think we’re greeting the viewers here for the first time in four years” and Jang Yoon Jung added, “Including the baby in my belly, we have become the parents of two children since then.” Jang Yoon Jung announced her pregnancy with her second child earlier this spring. 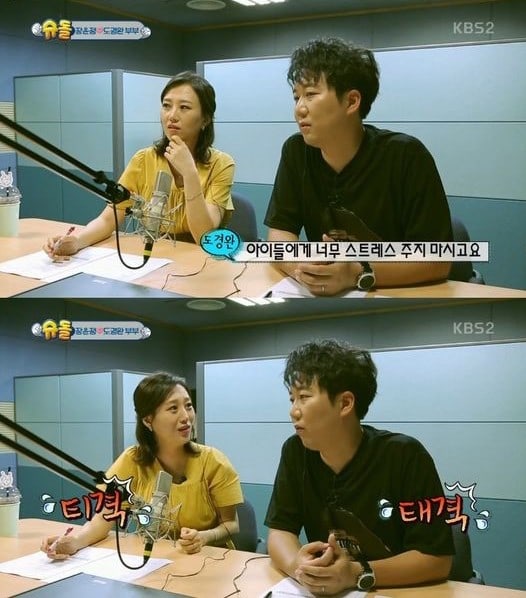 During their previous appearance, Do Kyung Wan had garnered attention for his emotional reaction to their child’s birth. When asked if he would cry again, he said, “Honestly, I think I will. Even if I do, please don’t curse me out as overreacting.”

One of his famous quotes on the show after the birth was, “[My wife] seemed not like a woman but a goddess.” Jang Yoon Jung said, “Women were really impressed by that remark, but men didn’t like it.” The couple then cemented their reputation for being lovey-dovey when Do Kyung Wan said, “My wife hits me a lot [after the birth of our first child]. She hits me with her lips.”

You can watch the latest episode of “The Return of Superman” on Viki:

The Return of Superman
Jang Yoon Jung
Do Kyung Wan
How does this article make you feel?