On July 15, MBC’s “The King of Mask Singer” featured the contestants to challenge “Bob Ross” for his third consecutive run at the crown.

In the end, World Cup Soccer Ball won 52 to 47 and Laundry Fairy took off her mask to reveal her identity as rapper and singer Jessi. 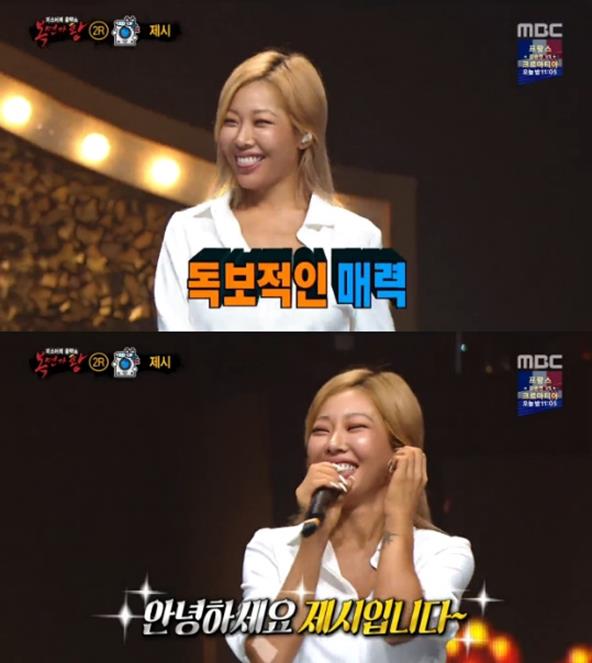 She joked, “I thought I would die because of claustrophia,” referring to her mask. “I think I wouldn’t have known who I was either. I thought I would lose at first because Euna Kim was so good. I like standing on stage whenever, and I felt good that some people recognized me here.”

She continued, “When I did variety, a lot of people cursed me out online, so I decided to avoid it for now. They say I come off as strong, but I have a lot of mental strength. That’s why I’m a ‘strong unni.’ At first I was mad at online comments but now they just make me sad.”

You can watch the latest episode of “The King of Mask Singer” on Viki:

Jessi
The King of Mask Singer
How does this article make you feel?