TWICE Celebrates 1000 Days Since Debut With Heartfelt Messages To Fans

TWICE reached a meaningful milestone on July 15, which marked 1000 days since their debut!

To celebrate the occasion, the members held a Naver V Live broadcast to talk about a variety of topics, including their most memorable moments. They looked back on their history and touched upon meaningful events like their “Like OOH-AHH” showcase, winning the Best Rookie Award at the Mnet Asia Music Awards (MAMA), and their music show wins. 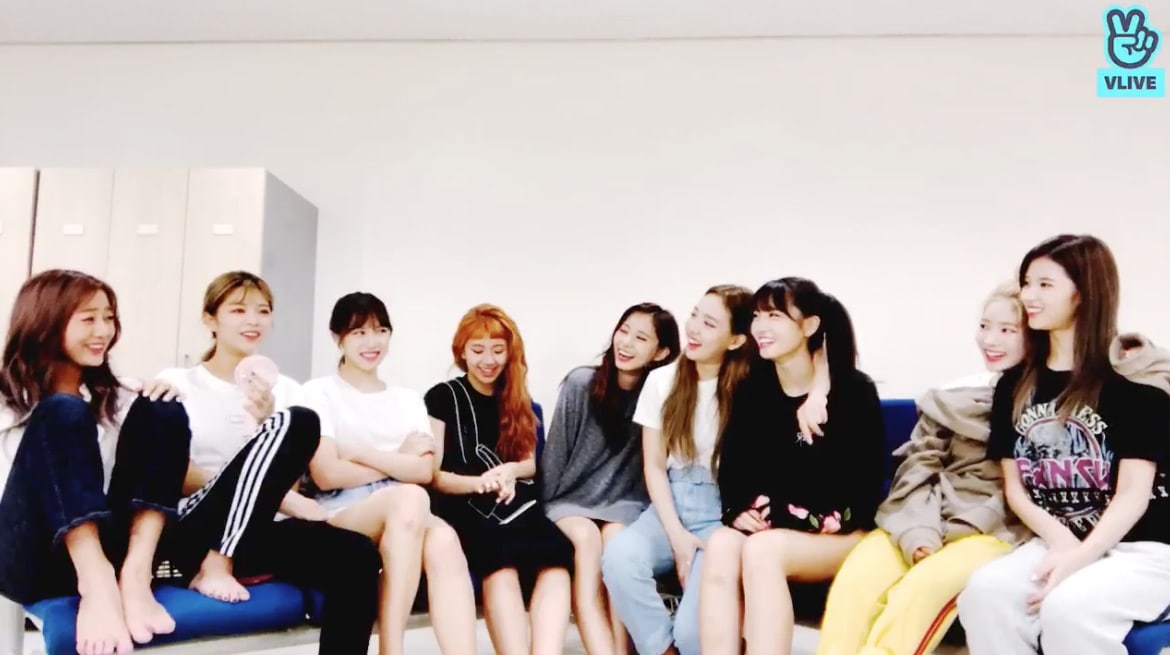 The members also showed their appreciation for their fans through various social media posts throughout the day.

On their Twitter account, a photo of the group was posted with the caption, “Thank you for being by TWICE’s side for 1000 days. It’s because of ONCEs [official TWICE fanclub name] that TWICE was happy, is happy, and will continue to be happy. We hope that all of us will keep the excitement and special feelings from our first meeting 1000 days ago in our hearts and continue to look forward to the same goals and spend another 1000 days together.”

They also shared a link to TWICE’s first meeting with ONCEs through a Naver V Live broadcast and captioned it, “The day we first met.”

Nayeon posted a handful of selfies and wrote, “It must have been very tiring and hot today, but thank you so, so much for coming to support us. I wish we could have laughed and talked together more today, but we really were able to complete our performances well because so many ONCEs came to see us. And it’s already our 1000th day. Wow, though we don’t have a performance prepared like for our 500th day, I’ve come with some selfies,” and the hashtag “I’m grateful and happy for the last 1000 days.”

Chaeyoung also posted a series of photos with the caption, “They say that today is TWICE’s 1000th day. TWICE and ONCE, I love you. It’s because we have ONCEs that TWICE is able to exist. Let’s stay together for the next 1000 days, and put many more zeros behind that number.”

Dahyun also thanked fans and wrote, “Congratulations on our 1000 days together. That’s the amount of time that ONCEs and TWICE have spent together. I hope there is nothing but happiness ahead of us. Thank you, our ONCEs.”

Congratulations to TWICE and ONCEs on reaching an important milestone!