Zico announced that he will be holding his “Zico ‘King of the Zungle’ Tour in Seoul’ concerts on August 11 and 12 at the SK Olympic Handball Stadium in Seoul. “King of the Zungle” will be Zico’s first solo concert since making his debut as a member of Block B approximately seven years ago.

Throughout his career, Zico has not only been active as a member of Block B, but also as a solo artist and producer. With an unmatched stage presence, Zico intends to fill his concert with his own unique music and style to create an experience that is entirely his own. He is said to have actively participated in the creation of the concert, from choosing the title to planning out the various concepts that will be showcased throughout the event. 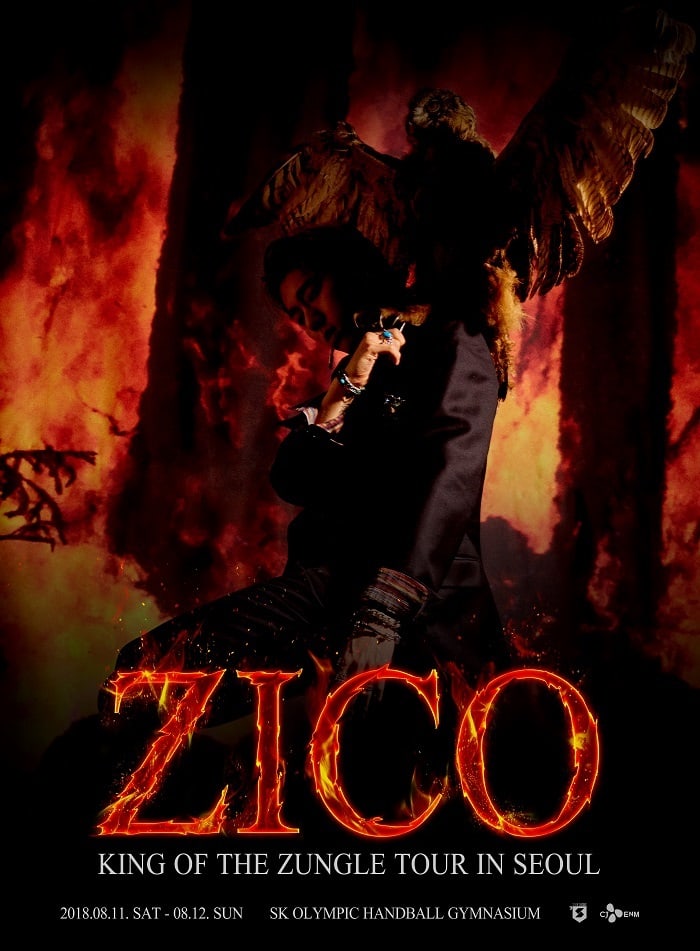 After his Seoul concerts, Zico is planning on embarking on a world tour in September and October. Specific countries and cities he will visit will be announced at a later date.