On the July 16 broadcast, the actor looked back at his past works and co-stars. Speaking about his most recent drama “Lawless Lawyer,” the actor said, “The viewership ratings were high and many people gave me support and love. I feel like I received a generous amount of love, so I’m happy and feel thankful.”

Lee Joon Gi then talked about how his best friend on set was actor Choi Min Soo, who appeared as a villain in the drama.

He explained, “At first, I was really scared of Choi Min Soo. Before filming began, I even had nightmares about him. Every night, he appeared in my dreams and yelled, ‘Why are you acting like that?’ I was so nervous. But from the first time I met him, he was really cool and fun. He said, ‘What’s up Joon Gi?’ and hugged me. I was so thankful and I learned a lot.”

Lee Joon Gi made his debut as a model in an advertisement with Kim Hee Sun and Kang Dong Won. He described the actress as “a goddess” and said he went to look at the billboard with the advertisement every weekend.

He then watched his past audition clips and appearances in Clazziquai’s “Sweety” MV and sitcom “Nonstop 4.” Instead of being embarrassed about his past clips, he stated, “When you’re a rookie, you work hard at everything.” He also revealed that he watched the film “The King and the Clown” over 20 times in theaters.

After the interviewer mentioned that Lee Joon Gi worked with many actresses, he asked the actor who he’d like to work with next.

Lee Joon Gi answered, “I’ve thought for a long time that I’d like to work with Ha Ji Won. If the opportunity arises, I think I’ll be able to learn a lot.”

When asked what kind of senior he is to his juniors, Lee Joon Gi replied, “I’m an easy senior. I’m easy. I feel like it’s time for me to act as the bridge between seniors and juniors. I’ll create harmony between the old and new.” 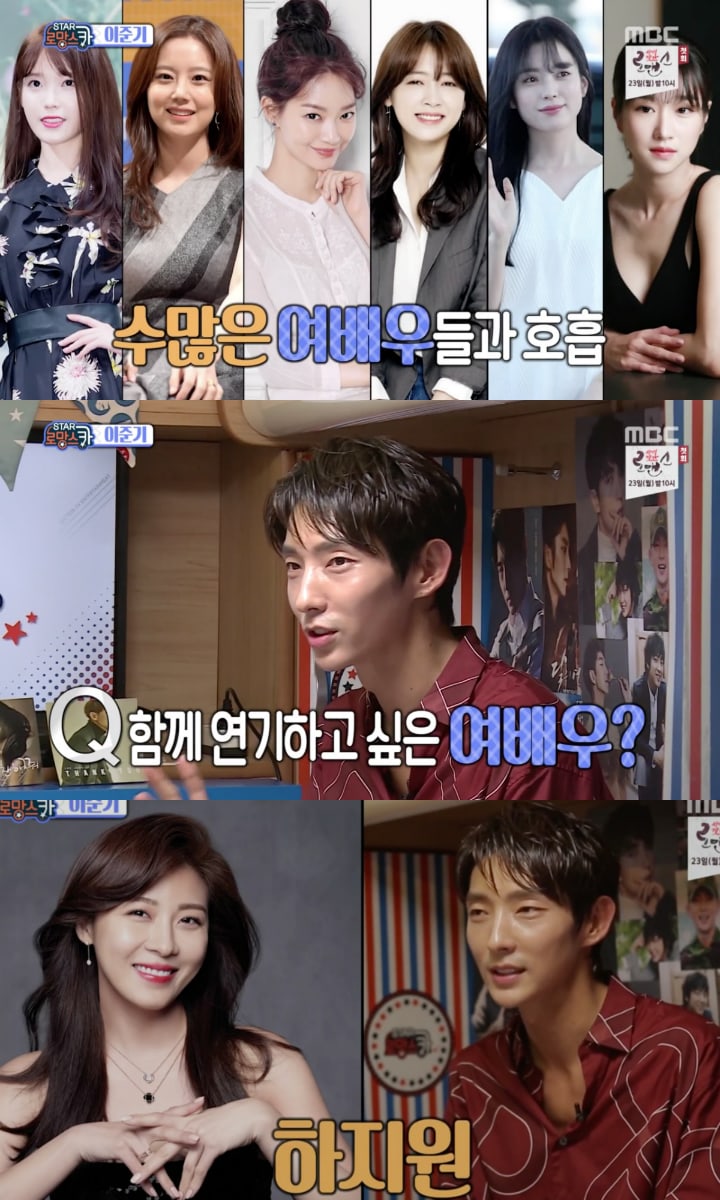 He also sang Kim Kwang Seok’s “Becoming Dust” (literal title) before sending a message of praise to himself.

“Joon Gi,” he began. “You did well up until now and I look forward to you continuing to become a great actor. I praise you.”