MONSTA X Tells Stories About Their Popularity In High School

In the July 16 episode, MONSTA X surprised students at an all-girls’ high school in Incheon. The group met up with the three MCs— SECHSKIES’s Eun Ji Won, Highlight’s Son Dongwoon, and MOMOLAND’s JooE— at the school auditorium to plan a surprise.

Eun Ji Won asked, “When thinking back to your school years, which member was popular?” The MONSTA X members shouted in unison, “Hyungwon.” Hyungwon commented, “I think it’s because I went to an all-boys’ high school.”

Son Dongwoon followed up with the question, “They say your nickname is ‘handkerchief oppa.’ What’s that about?”

Surprised, Hyungwon asked, “Where’d you hear that?” He then replied, “In middle school, I wore a handkerchief around my neck. I don’t know why, but I guess I thought it was cool back then.”

The MCs then asked which member thinks he was more popular than Hyungwon and the members looked to Minhyuk.

Minhyuk shared the story of how he was dubbed the “public relations department oppa.” He explained, “I went to middle schools to publicize my high school so that students would come to our school. Honestly, I didn’t really want to do it.”

Hyungwon asked, “You didn’t want to do it, but other people made you do it because you’re handsome?” When it was Jooheon’s turn, he said, “I didn’t really have a nickname. I shaved my head and wore a do-rag.” 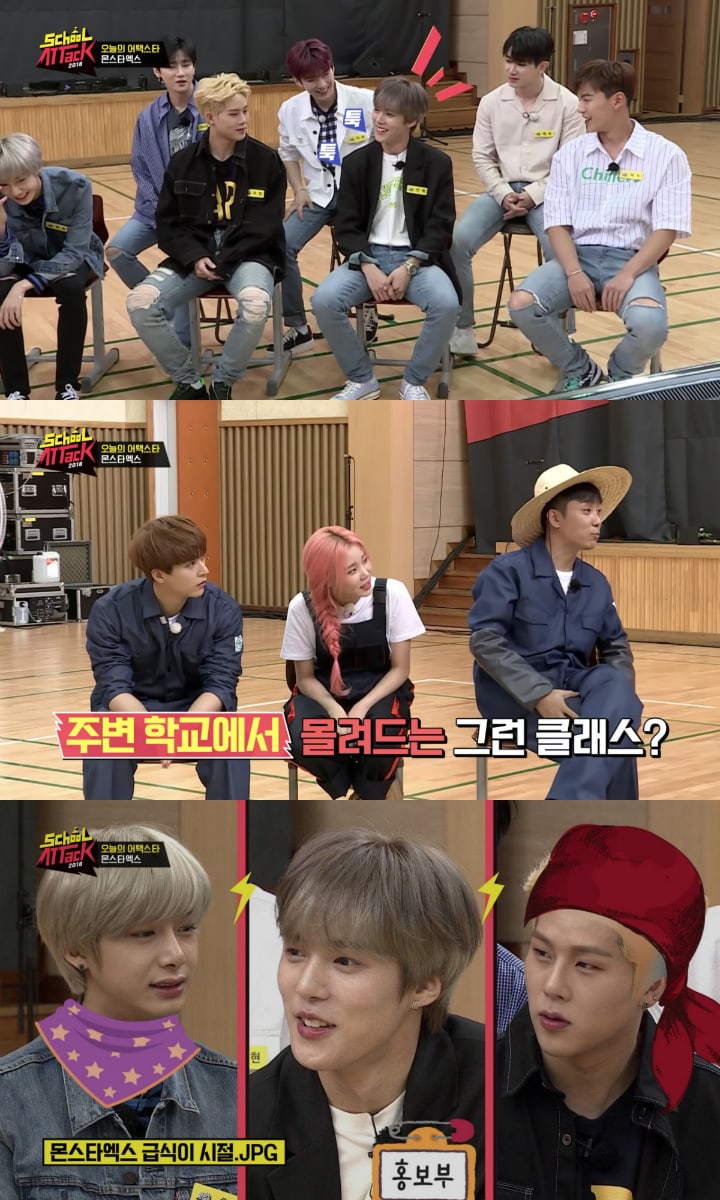 MONSTA X carried out missions to fool the teachers and students of the high school. Minhyuk went first and had to mark an “X” at a location chosen by the MCs.

Disguised in a straw hat and work clothes, he succeeded with ease. He celebrated by dancing to MONSTA X’s choreography, but the wind blew his hat away and almost revealed his face.

I.M transformed into a fireman and was tasked with inspecting the fire hydrant. He looked handsome in the uniform and made others laugh by proudly showing off his new look.

He was given an additional mission to get a drink from the vending machine. It was a close call when students began to come out of their classrooms during break time, but he returned safely without getting caught. 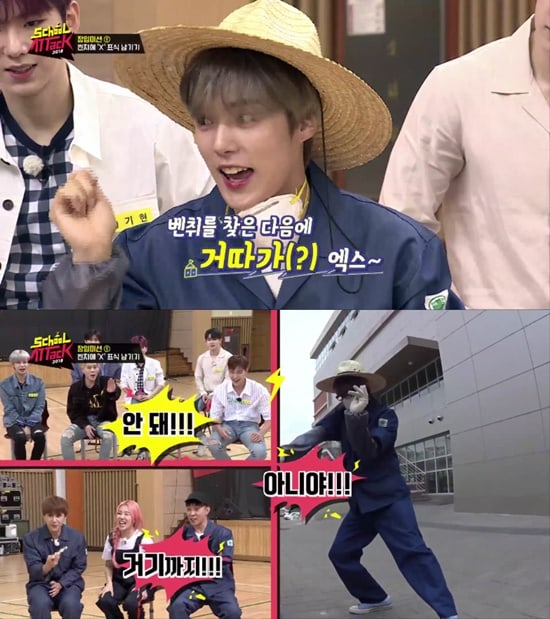 MONSTA X
School Attack 2018
How does this article make you feel?