gugudan SEMINA talked about their promotions and each other over some delicious Mexican food.

Mina said, “Last time during the ‘Let’s Eat Together’ broadcast, I was on a diet so my stomach had shrunken. I’m eating well now so I think I can demonstrate a good eating show.”

The members enjoyed Mexican food such as burritos, fajitas, and tacos while answering questions. When asked about foods that surprised them the most, Nayoung chose tacos. Kim Sejeong added, “Stinky tofu wasn’t too bad. Unlike its description ‘the emperor’s fruit,’ durian doesn’t smell good.”

The members also talked about each other. Mina began, “Nayoung can be sloppy and a klutz, but she’s a professional on stage. I’m envious of how she changes on stage.” 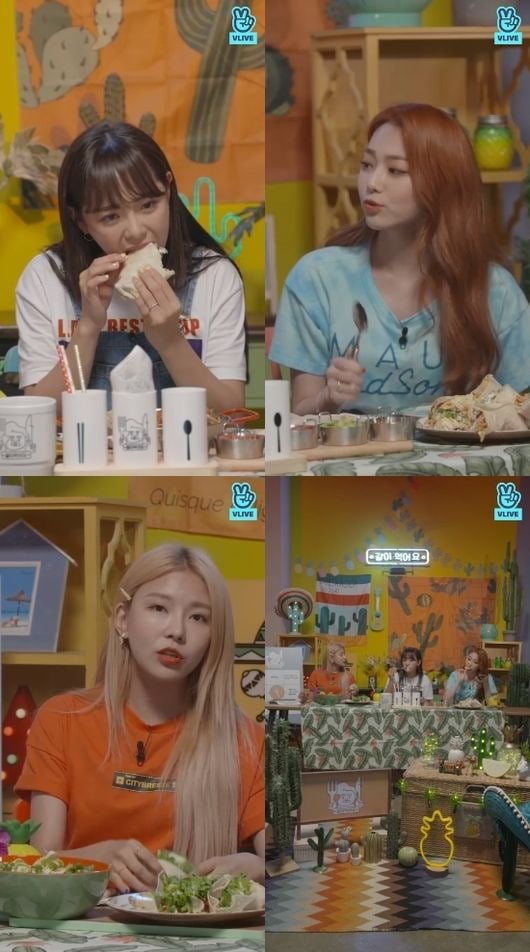 After making tacos for each other, they continued their conversation. Kim Sejeong said to Nayoung, “You’re the leader of SEMINA and are still lacking. I’m kidding. You always take care of the other younger members and I leave ourselves in your hands again for this promotion.”

Nayoung said to Mina, “I want you to be healthy above everything else. Self-management is good, but I hope you’ll take better care of your health.”

gugudan SEMINA made their unit debut with the single album and title track of the same name “SEMINA” on July 10.

gugudan
gugudan SEMINA
How does this article make you feel?