MAMAMOO’s new track has taken No. 1 on major realtime charts! 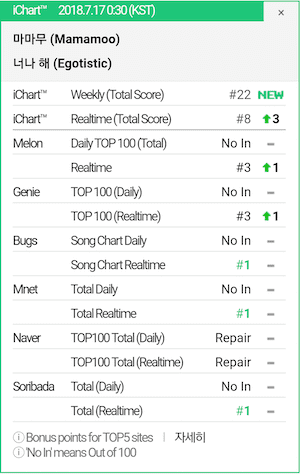 MAMAMOO’s pre-release track “Rainy Season” also grabbed No. 1 on many charts after its surprise release on July 1.