SEVENTEEN shared some behind-the-scenes stories about their comeback MV!

On July 16, SEVENTEEN returned with their new mini album “You Make My Day” and the title track “Oh My!” They performed the song for the first time at a showcase that day, and also talked about their comeback.

When asked about filming their new music video, Hoshi said, “While we were filming the scene where I fly in the air, I was attached to a wire. It was my first time doing that, and it was so amazing. I wanted to do it again.”

The members also talked about the scene where they’re all having a pillow fight. DK said, “We had a great time filming the music video. One of the scenes included a pillow fight, and the feathers were flying around and we had fun filming. It felt like I was playing with friends on a school trip.”

Seungkwan made everyone laugh when he said, “Jeonghan and Joshua, who are two of the oldest members, were having an intense pillow fight. We usually move around while thinking about the composition of the camera’s frame, but they went outside of it.” 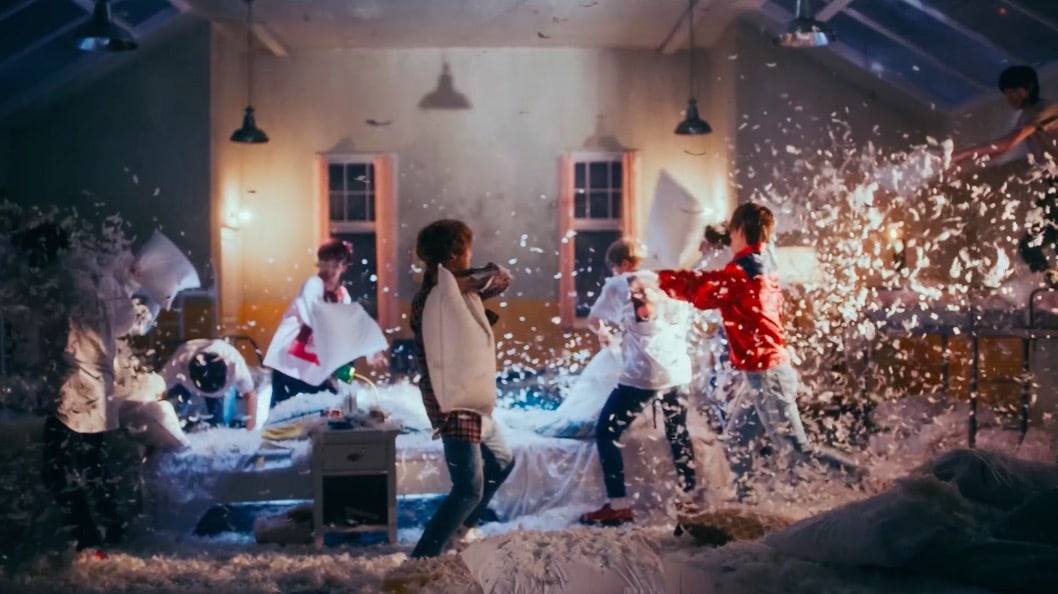 Check out SEVENTEEN’s MV for “Oh My!” here!