Get ready to fill your summer with the ridiculously addicting C-drama, “Cinderella Chef”! The drama follows our lead Ye Jia Yao (Zhong Dan Ni), an aspiring chef who hasn’t found luck in opening her own restaurant. She obtains a special stone on the night of a full red moon and transmigrates to the body of Lady Ye, an official’s daughter, in the middle of her own kidnapping! She ends up being saved by Chun Yu (Bie Thassapak Hsu), a spy who has successfully infiltrated the Black Wind Fortress tribe. Through a turn of events, she ends up married to Chun Yu and thus begins her romance and adventures as Lady Ye.

For the longest time, I have been looking for a drama as hilarious and fun as “Go Princess Go.” This drama takes the cake, and here’s why!

There’s nothing more hilarious than a self-aware lead. As Yao Yao is from the future, she constantly makes modern references to how her transmigration plays out like a drama and how she is living and experiencing the common drama tropes from television. The drama takes an even more hilarious turn when Yao Yao realizes that being the female lead in those TV tropes is not as glamorous as it is made out to be.

Since our heroine has a hard time adjusting to the new environment, rather than give in to the customs of the era, she decides to add her own modern twist to her outfits and becomes a fashionista in her own right. She styles her garbs in some of the tackiest outfits I have ever seen, but that just adds to the overall comedic and light-hearted atmosphere of the drama. Plus, it’s always fun to see dramas letting go and having fun with the plot to create an entertaining show. 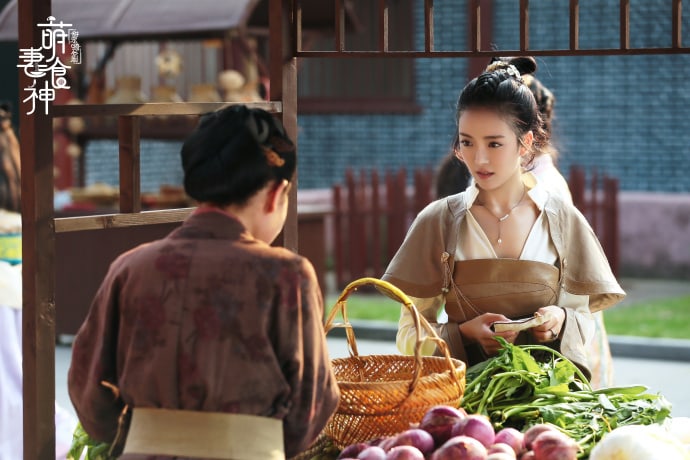 Yao Yao may have transmigrated into the body of a cinderella-esque Lady Ye, but she is no pushover. While Yao Yao’s dream of opening Yummy Yummy Diner was not actualized in modern day, she was able to succeed in making a romantic dining restaurant a big hit in the new and unfamiliar world. Even with Lady Ye’s mother-in-law and step-sister making attempts to ruin her business, she overcomes the problems with her creative menus and methods of promoting.

A slow burn and angsty romance 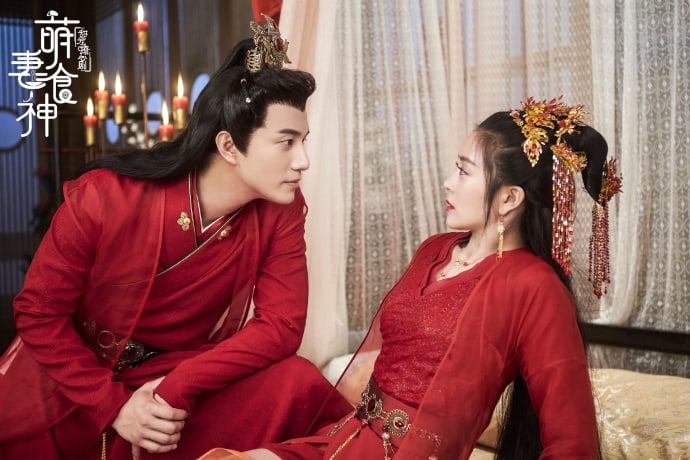 The drama teases the audience in the first episode with a flashfoward of Yao Yao rushing to meet Chun Yu through a mirror on the day of the red eclipse. While the drama does present the angst early on, the following episodes focus on Chun Yu and Yao Yao’s budding romance, which is slow to develop. They butt heads in the beginning and are put in a fake marriage with each other but eventually do grow feelings. However, with Yao Yao’s desperation to return to the future on the night of the next full moon, how will this doomed romance prevail?

The first episode hooked me with the bittersweet reunion of the leads as they were in their own separate worlds. I love the tropes and genres they have in this drama with the fake marriage, transmigration, and of course the food. It’s an absurd drama that provides silly scenarios for our leads to play out with a nice delightful way to showcase Yao Yao’s prowess as a chef too. This drama goes to show that a combination of food and romance hits all the right spots for a drama.

Catch the first episode of “Cinderella Chef” below: