In a recent interview, INFINITE’s L talked about his bandmates and their reactions to his latest drama!

Ahead of the finale of his drama “Miss Hammurabi,” which came to an end on July 16, the idol-turned-actor sat down for an interview with news outlet MyDaily. When asked how the other INFINITE members had reacted to his performance, L took the opportunity to jokingly complain about his bandmates’ reserved personalities.

“After the first episode aired, only Nam Woohyun told me that he’d watched it and enjoyed it,” reported L. “The others didn’t say anything. INFINITE’s members aren’t really the type to say things like that. I think they’re pretty sparing with their words, while I’m more expressive.”

He added with a laugh, “When Kim Sunggyu held a solo concert, I sent him a coffee truck; and I went to see [the other members’] musicals; and when [one of the members] goes to Japan, I pay out of my own pocket to go see him. But they didn’t come to see me. That’s how things are.”

When the interviewer mentioned that it seemed like L’s feelings might have been hurt, he cracked up and replied, “Of course my feelings are hurt! But I’m expecting to receive some kind of message from them after the finale of ‘Miss Hammurabi’ airs, so I’m looking forward to that.” 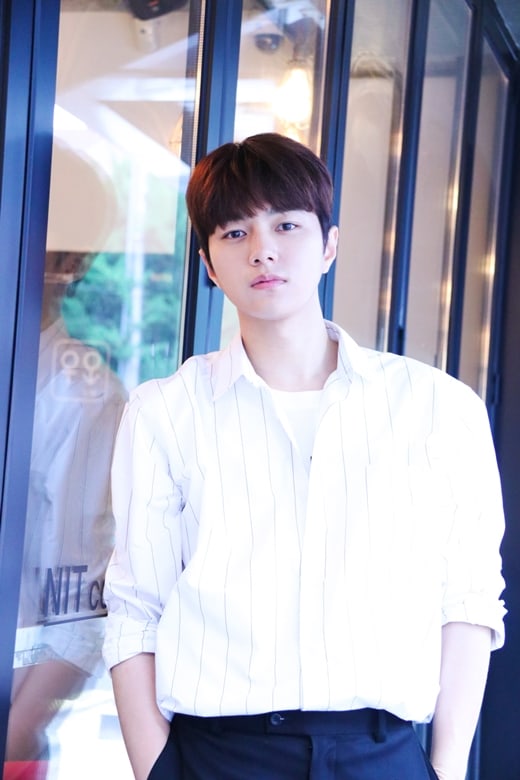 L also talked about attending Sunggyu’s military training completion ceremony in June. “It seemed like he was working hard, so I was proud of him,” he said. “It was my first time seeing him in a long while, so of course I enjoyed it. I wasn’t able to see him while I was filming my drama, so it was really nice to meet up with him again after such a long time.”

As for INFINITE’s next comeback as a group, L commented, “I think we’ll be focusing on solo activities first. There hasn’t been any discussion yet about group promotions.”

However, he went on to speculate, “Although nothing’s been decided, I think it’s likely that we’ll end up doing something in the second half of [2018].”