“Witch’s Love” is a fantasy romance about a human man that ends up living together with three witches. Yoon So Hee will star as Kang Cho Hong, an extremely nosy witch who handles deliveries for a restaurant run by two other witches. Hyun Woo will play Ma Sung Tae, a model-like man who is living with pain due to a mysterious incident from his childhood, while Hongbin has been cast in the role of Hwang Jae Wook, a webtoon illustrator.

In one of the stills, Hongbin and Yoon So Hee are sitting next to each other on the bus. His expression is full of seriousness and concern, and she gazes at him with a questioning look. In another photo, Hongbin falls asleep with his head on Yoon So Hee’s shoulder, causing her to stare at him with wide eyes in surprise.

The actions of Hongbin, who was unable to keep himself steady due to the influence of alcohol, create a strange atmosphere between them. Viewers wonder if Hongbin’s one-sided love for Yoon So Hee will blossom into something more. 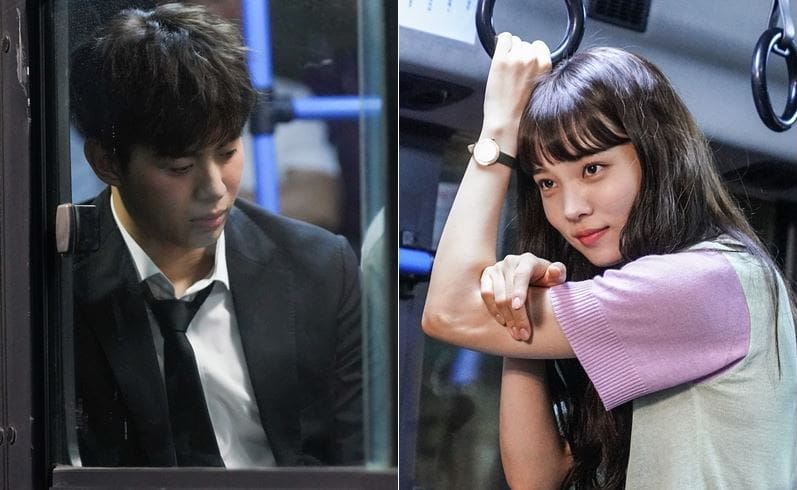 The scene was filmed last month where both Yoon So Hee and Hongbin brainstormed a way to perfectly portray the scene with the director. When the cameras started to roll, they naturally acted out their parts and created a heart-fluttering scene.

The two actors, who are the same age and the youngest in the drama, bring bright and friendly energy to the set. They show off their passion for the drama by memorizing the script together and discussing their acting scenes.

VIXX
Yoon So Hee
Witch's Love
Hongbin
How does this article make you feel?