Park Min Young has been killing it in her first rom-com role in “What’s Wrong with Secretary Kim?”!

The tvN drama has found success off the chemistry of its two leads, topping buzzworthy drama lists and boosting Park Seo Joon‘s popularity in China. One Korean media outlet has found three reasons why Park Min Young’s character in particular is proving so popular among viewers: 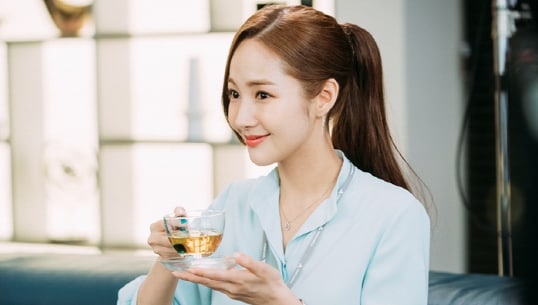 Whether it’s about work or love, Secretary Kim gets straight to the point. She knows what she wants and isn’t afraid to go after it. When she handed her boss, Lee Young Joon, her resignation letter, she made her determination to quit perfectly clear. When he offered her marriage in response, she was just as firm in her denial. There is no hesitation in Kim Mi So.

She was equally straightforward when she confessed her feelings to Lee Young Joon. “I don’t want any misunderstandings between us,” she said. “If you misunderstand, distance grows between us. I’m afraid of that.” Then she simply said, without confusion, “Because I like you.”

Even when another man (Lee Tae Hwan) showed interest in her, she made sure there was no room for a shadow of suspicion or doubt. She showed Lee Young Joon the text from the other man right away and told him, “I want to say clearly what’s on my mind and have no loose ends.” 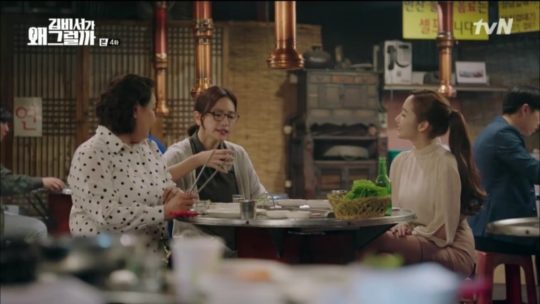 Kim Mi So projects an air of pure professionalism at work, gaining a reputation as the perfect secretary. She can handle any situation, is fiercely competitive in the inter-company sports festival, and gives lots of advice to her juniors like Kim Ji Ah (Pyo Ye Jin).

However, outside of work, both Kim Mi So and Park Min Young aren’t afraid to let go of their “perfect” image. Kim Mi So wears comfortable clothes to the neighborhood park, loves pork rinds as her favorite food, and is relatable in a way that her “perfect secretary” image is not. She also has a fun relationship with her older sisters (Baek Eun Hye, Heo Soon Mi)!

Her compassion and patience 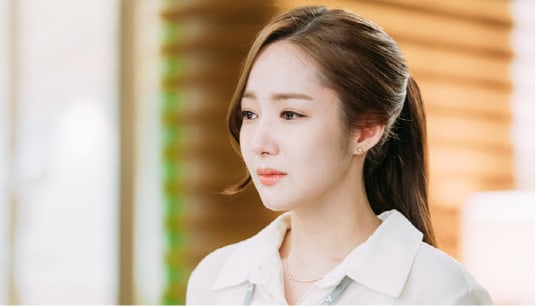 Behind both the perfect secretary and the relatable young woman is a traumatic past, as Kim Mi So and Lee Young Joon were kidnapped together as children. Although Mi So is happy that she is reunited with her old friend, she is also worried about his skewed memories of the past and why he refuses to use his old name.

Nonetheless, she holds back from pressuring Young Joon on the matter, telling him, “You don’t have to explain everything right now. We have a lot of time together, so we can talk things over slowly.” She has showed that her heart is big enough to wait as long as he needs and stayed strong by his side when he confessed to his parents the truth about his memories in the past 24 years.