Over 200,000 people have signed a government petition to abolish celebrity news outlet Dispatch.

After being posted on the Blue House’s petition bulletin board on June 26, the petition titled “Request For the Discontinuation of Dispatch” gained over 200,000 signatures in three weeks. If a petition receives 200,000 participants within 30 days, a government official must give an official reply within a month.

The petition was created by BIGBANG fans (VIP) after the outlet released numerous reports on June 25 about G-Dragon allegedly receiving special treatment at a military hospital. This was refuted by both YG Entertainment and the Ministry of National Defense. Dispatch received great criticism for relentlessly targeting G-Dragon and not respecting the rights of celebrities.

Support for the petition escalated after the outlet released private information of Choi Ji Woo’s husband on July 10. Through an exclusive report, Dispatch revealed details of her husband’s age, profession, and the fact that he had changed his name. As her husband is not a public figure, many thought Dispatch had crossed the line in reporting about him and the couple’s secret wedding. 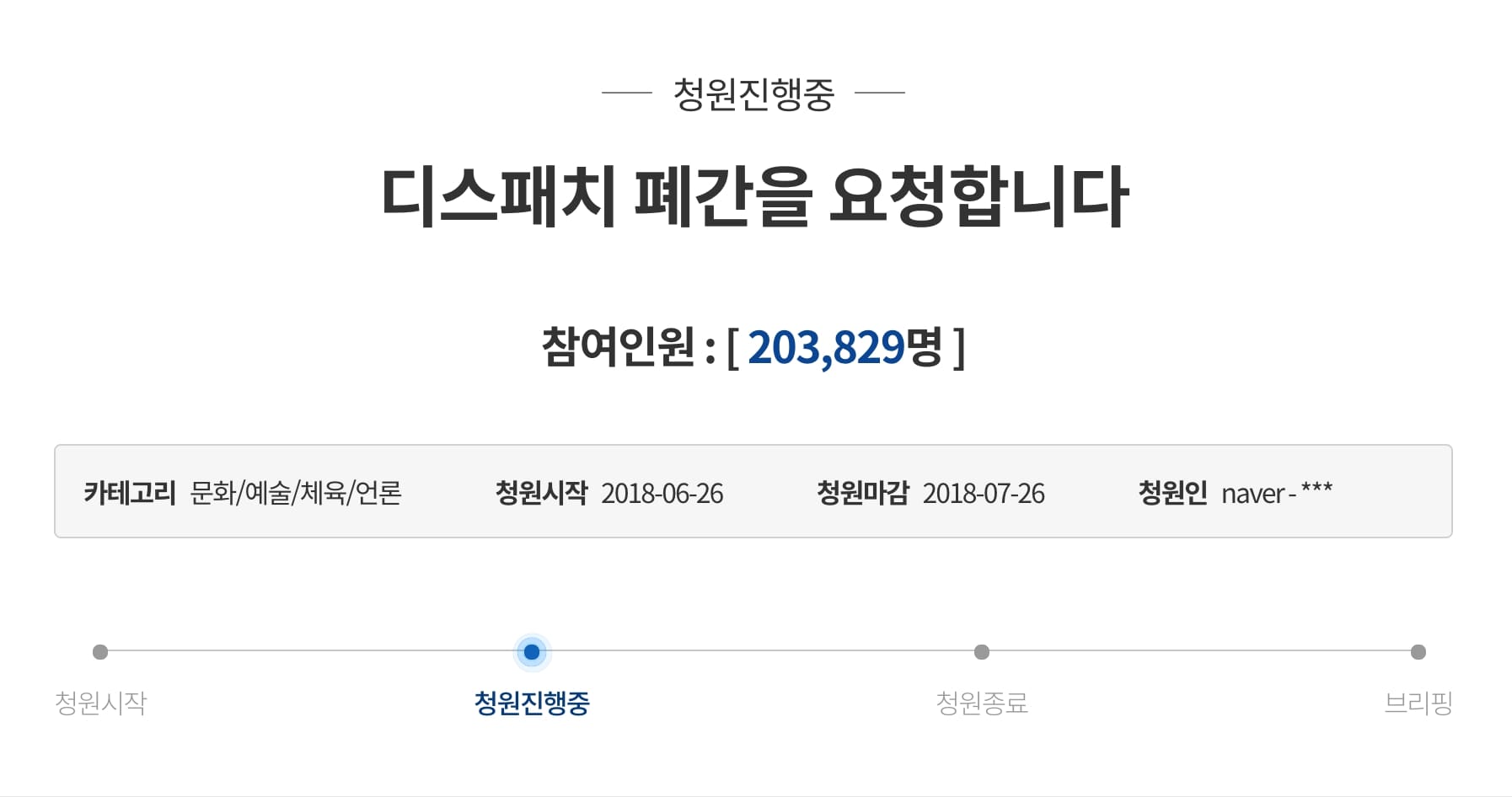 They continued on to criticize the outlet for creating rumors that not only hurt the celebrity, but those around them as well. They also requested that if the discontinuation of Dispatch was not possible, then strong restrictions to be placed for the circulation of rumors.

Thanks to 인수 for the tip!

BIGBANG
Choi Ji Woo
G-Dragon
How does this article make you feel?