While the plot, script, actors, and filmography style all play important parts in a K-drama, the costumes and outfits are the ones that define a character in a more obvious way. It also shows the current fashion trends, which will eventually create a ripple effect in different countries that look up to South Korea for the latest styles. From the hair, makeup, clothes, to accessories, one thing that completes an outfit is the perfect pair of shoes that take the character to places. In this case, here are moments when shoes played quite a big role in the story or have become the signature “it” item that actors and actresses have worn:

Everybody loves that iconic makeover scene where the leading lady gets treated to a transformation that will show off or amplify her hidden beauty. In most scenes, one noticeable item takes center stage: the embellished or jewel-encrusted pair of shoes. 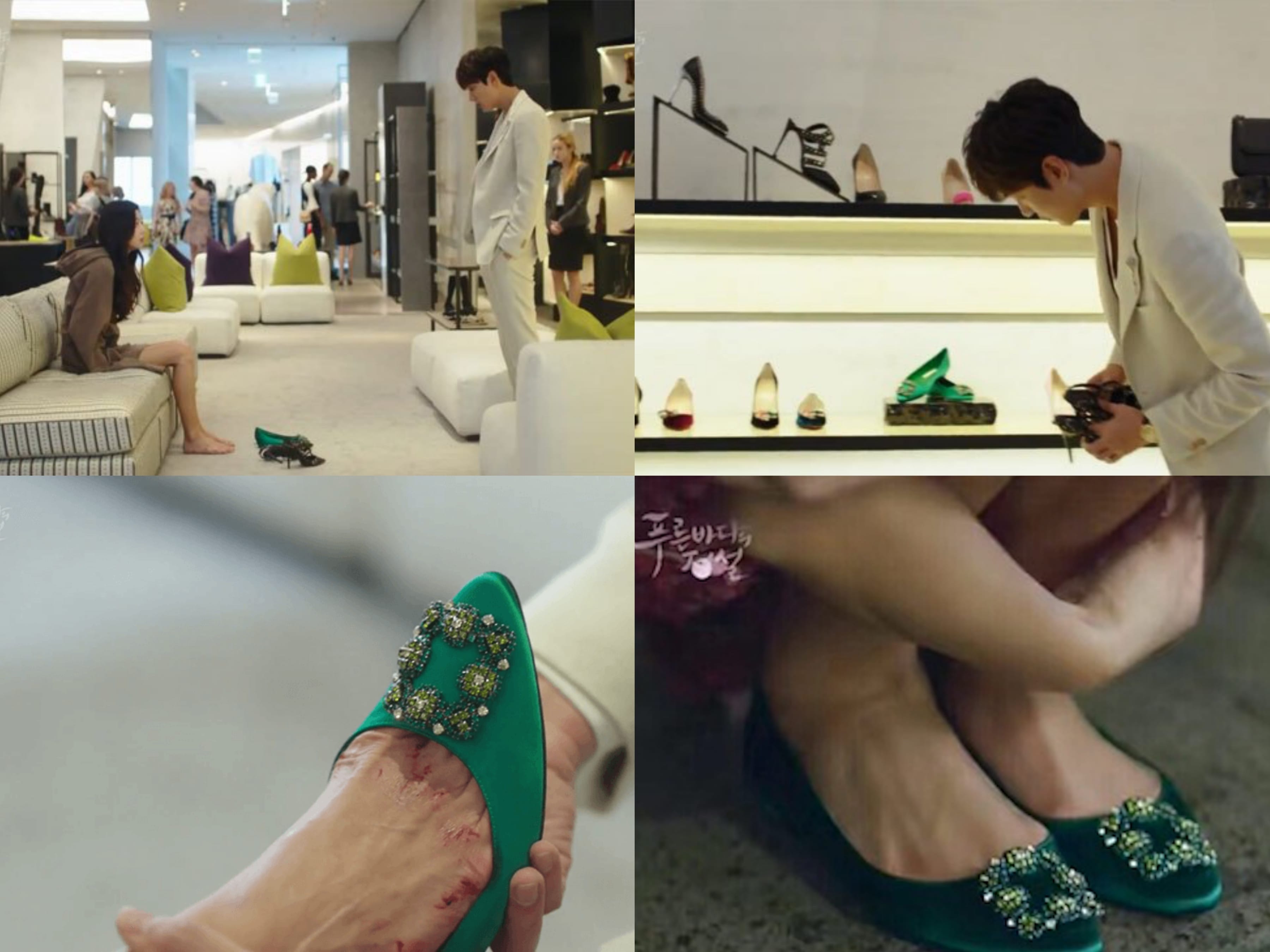 In “The Legend of the Blue Sea,” Heo Joon Jae (Lee Min Ho) takes Shim Cheong (Jun Ji Hyun) out to shop for clothes which she didn’t have because, well, she just got out of the ocean and didn’t own any appropriate wardrobe for the human world. He buys her emerald green flats made with satin and decorated with a jewel buckle. It’s the perfect first pair of shoes for Shim Cheong, and are reminiscent of her mermaid form. 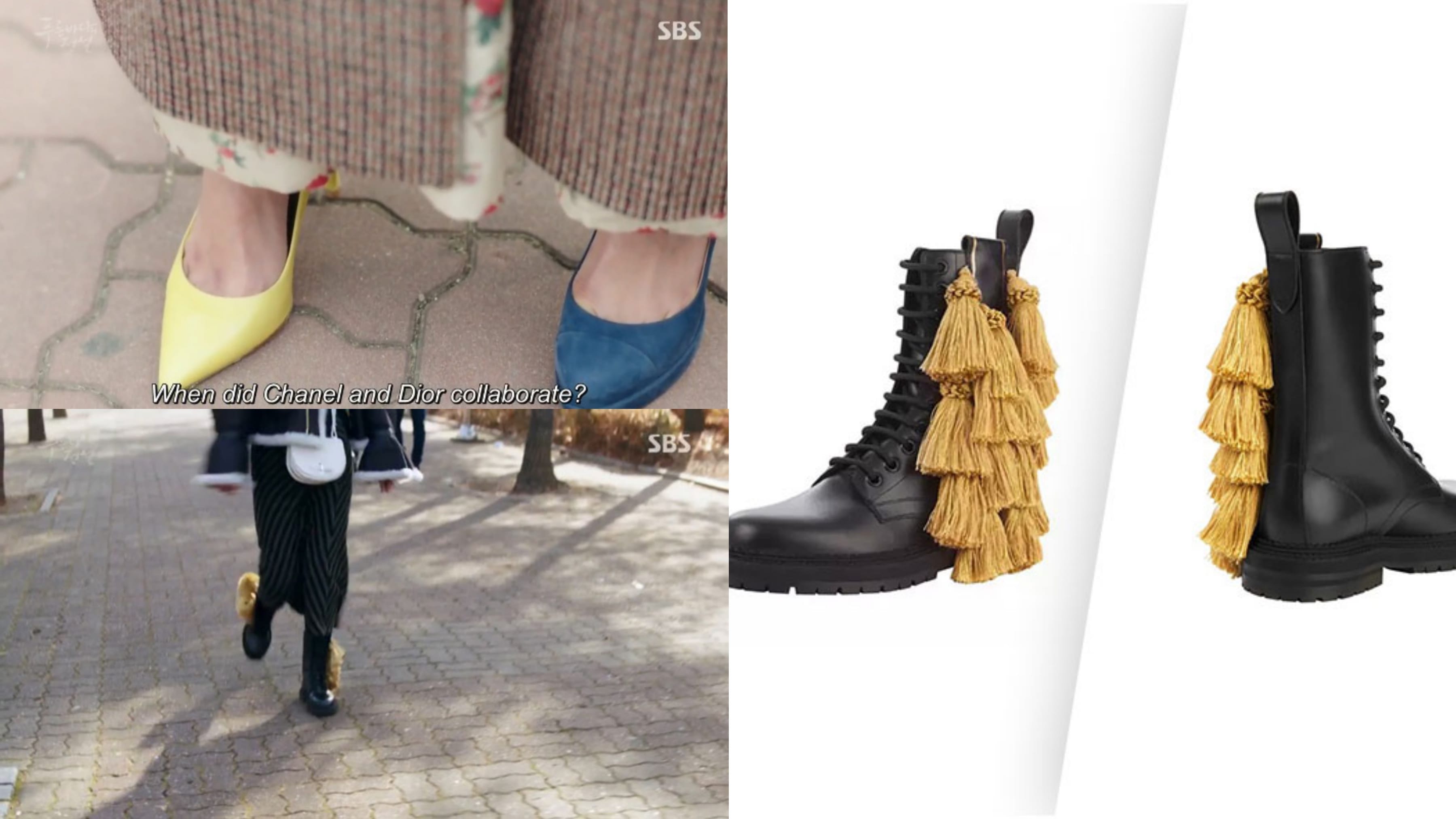 For her “everyday” outfits, however, Shim Cheong is quite the fashionista. Even her booties have unique tassels that moved with her every step. And when she wore a mismatched pair, it looked like she styled it on purpose.

Catch episode 1 of “The Legend of the Blue Sea”:

“Cinderella and the Four Knights” 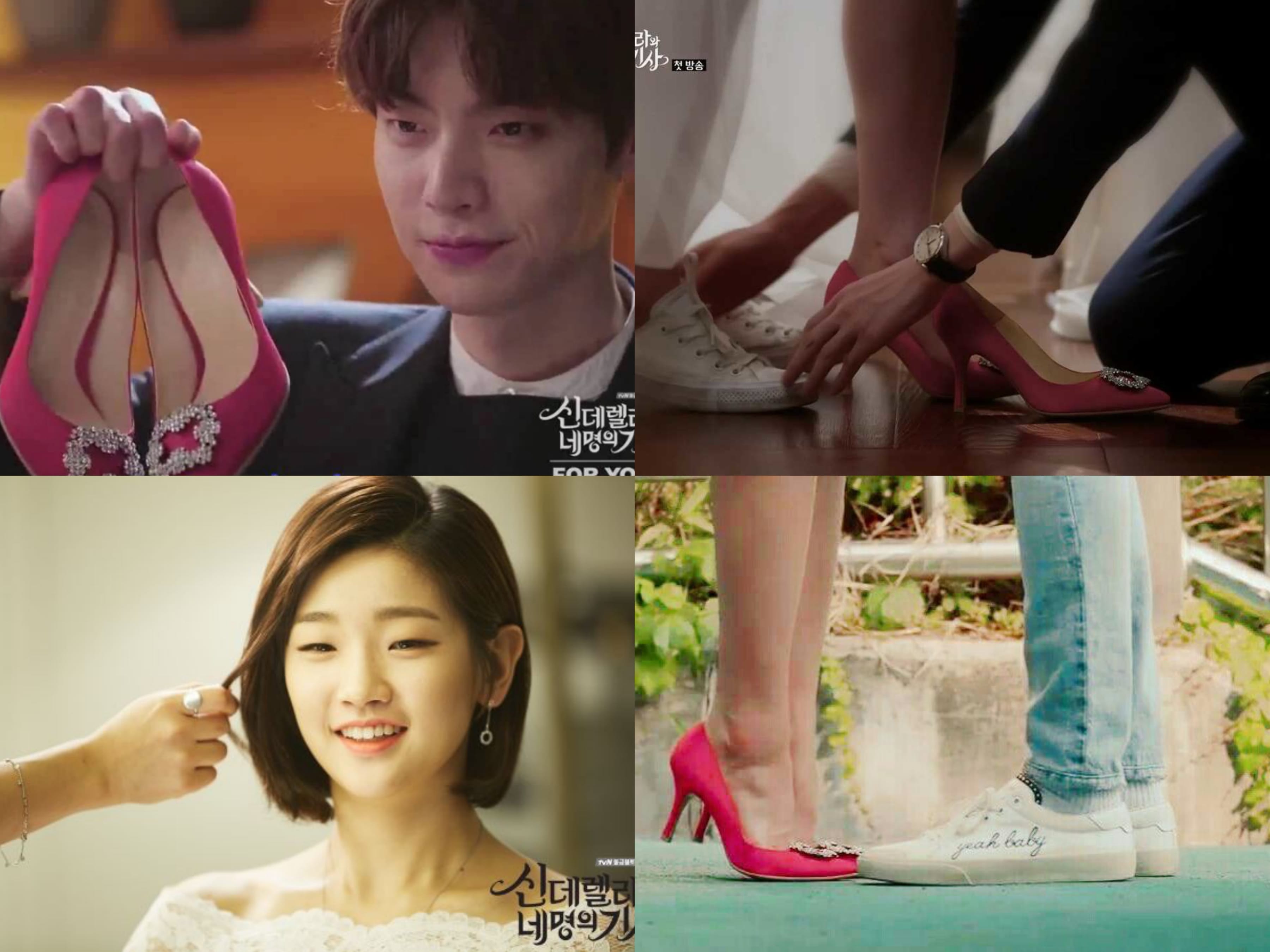 In “Cinderella and Four Knights,” these pink pair of heels also appeared in one of the most memorable scenes of the drama. Kang Hyun Min (Ahn Jae Hyun) told Eun Ha Won (Park So Dam) to stop hesitating about her feelings for Kang Ji Woon (Jung Il Woo), and run towards him wearing these shoes. It was a bittersweet scene which culminated in Eun Ha finally getting the courage to be true to her feelings and reunite with the one she truly loves. 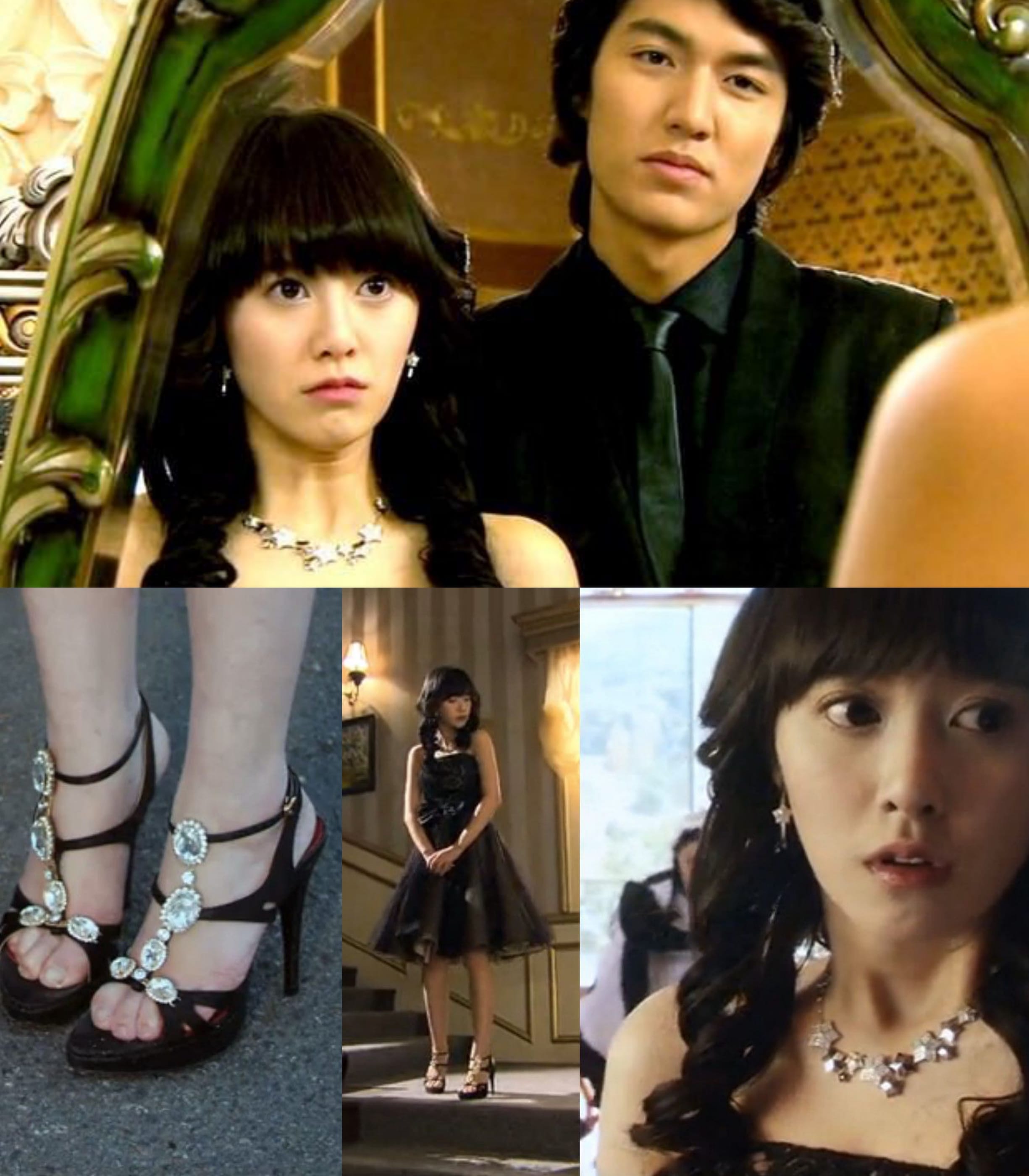 Who could forget this scene from “Boys Over Flowers”? In an attempt to prove that money can buy everything, Gu Jun Pyo (Lee Min Ho) gives Geum Jan Di (Ku Hye Sun) a princess makeover, complete with a designer dress, jewelry, and strappy black heels with diamonds. But Jan Di chooses to keep her dignity intact than receive any material thing.

Catch episode 1 of “Boys Over Flowers”:

The ultimate signs of a chaebol look are elegant, expensive-looking attires from head to toe. This was perfectly embodied by Kim Hee Sun and Lee Yo Won in the dramas where they played women who came from rich households. Every scene is a fashionable moment because these women always wore their best looks whatever the occasion. 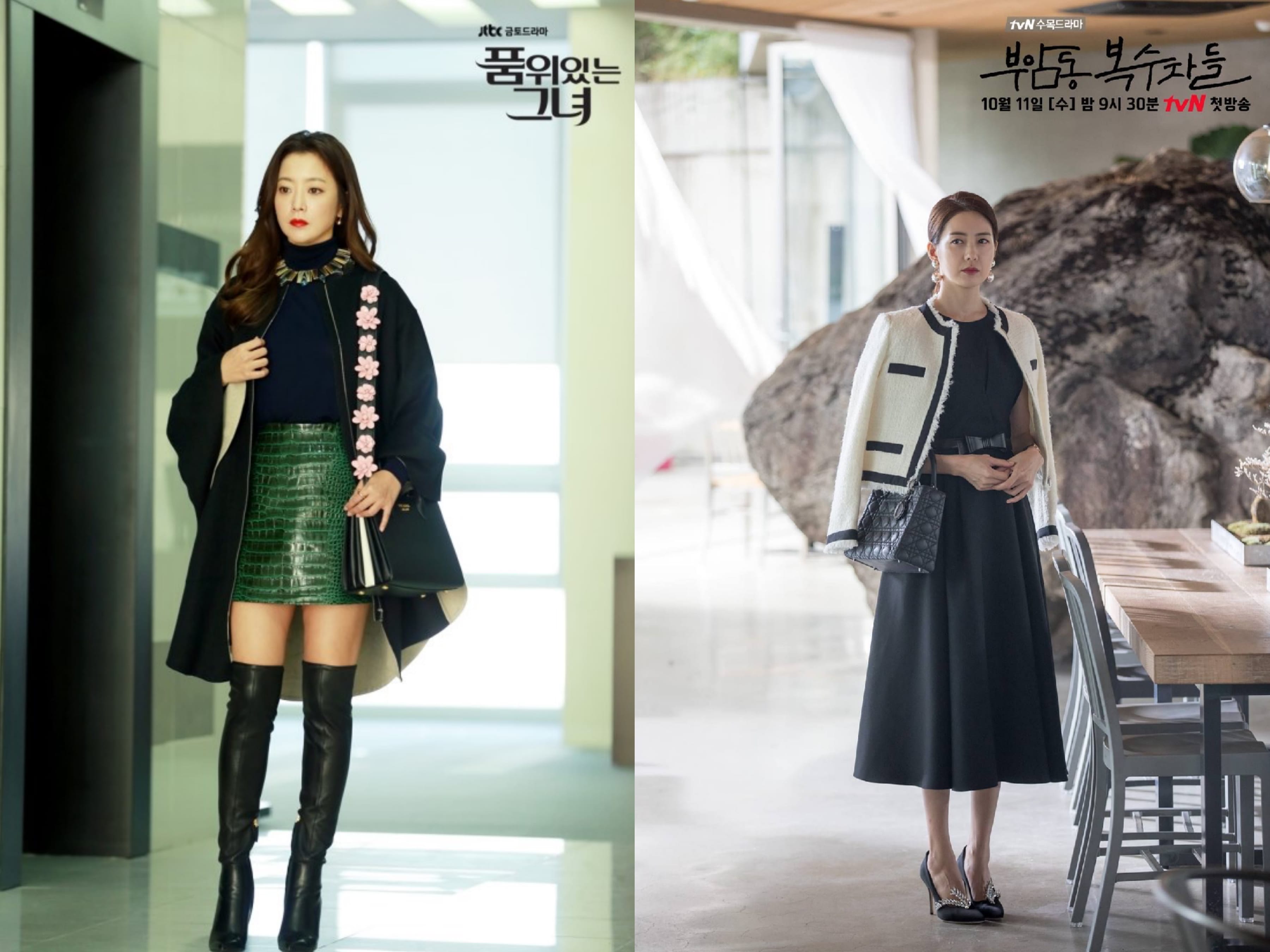 A Day in the Life of a Celebrity

Sa Jin Jin (Han Ye Seul) is a popular actress who is always stylish whether she’s on or off-screen. In the drama, Han Ye Seul wears a variety of shoe styles like edgy boots, nude heels, and that chic pair with a black ribbon tied around her ankle, which she wears while traveling around a different country with her friend. She wears her pointy white and black booties while walking on the street with her childhood friend, Gong Ji Won (Kim Ji Seok). 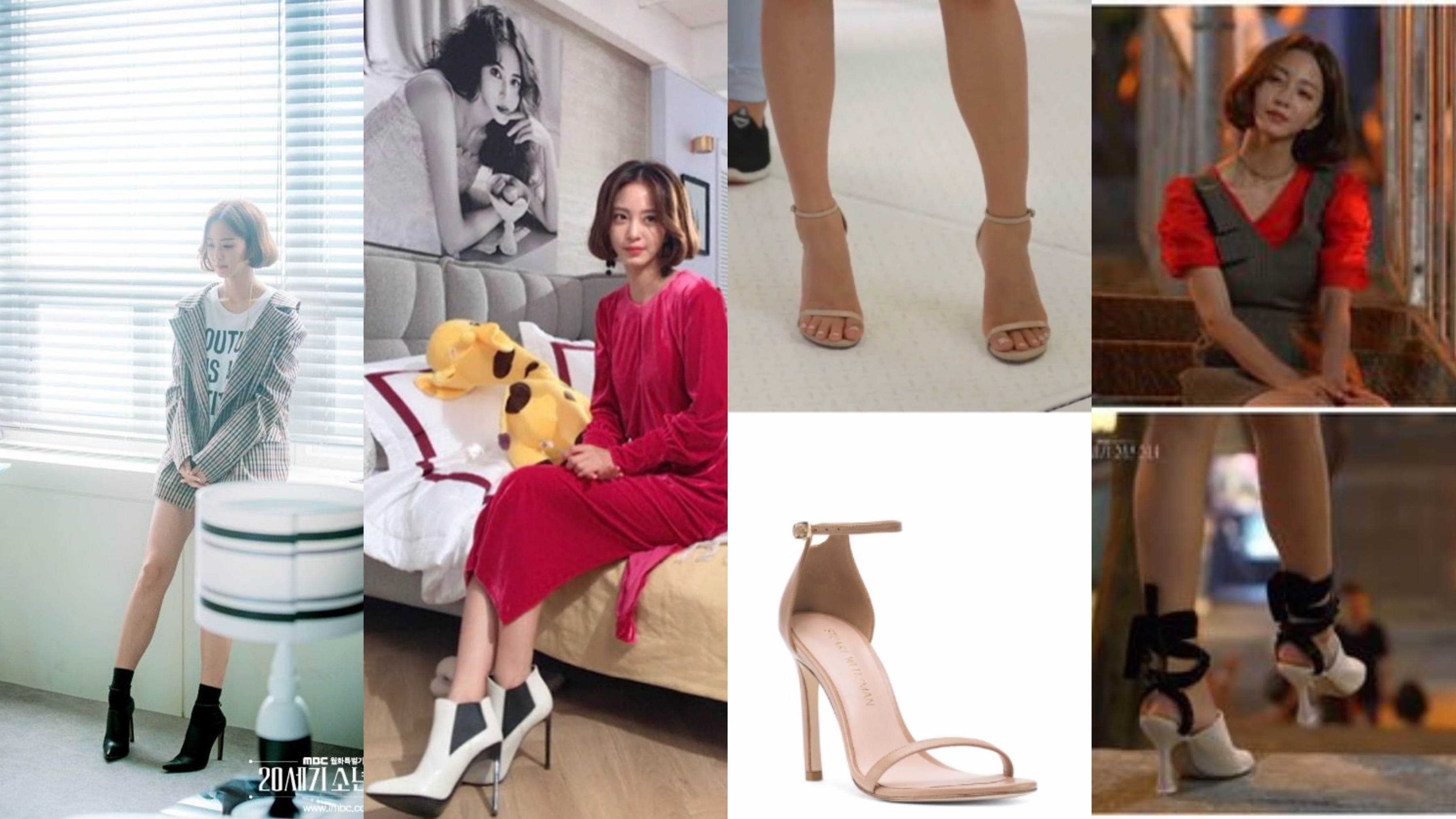 Baek In Ha (Lee Sung Kyung) is the ultimate anti-heroine that always causes trouble. She lives for money, shopping, and all the finer things in life. But her manipulative ways aside, it is a fact that she has great style. In the drama, she always walks around in statement shoes, ready to trample anyone who stands in her way. At one point, while wearing a chic white top and a fringed skirt matched with black heels, she literally makes a scene when she mistakes one girl as Hong Seol (Kim Go Eun) and pushes her to the ground. 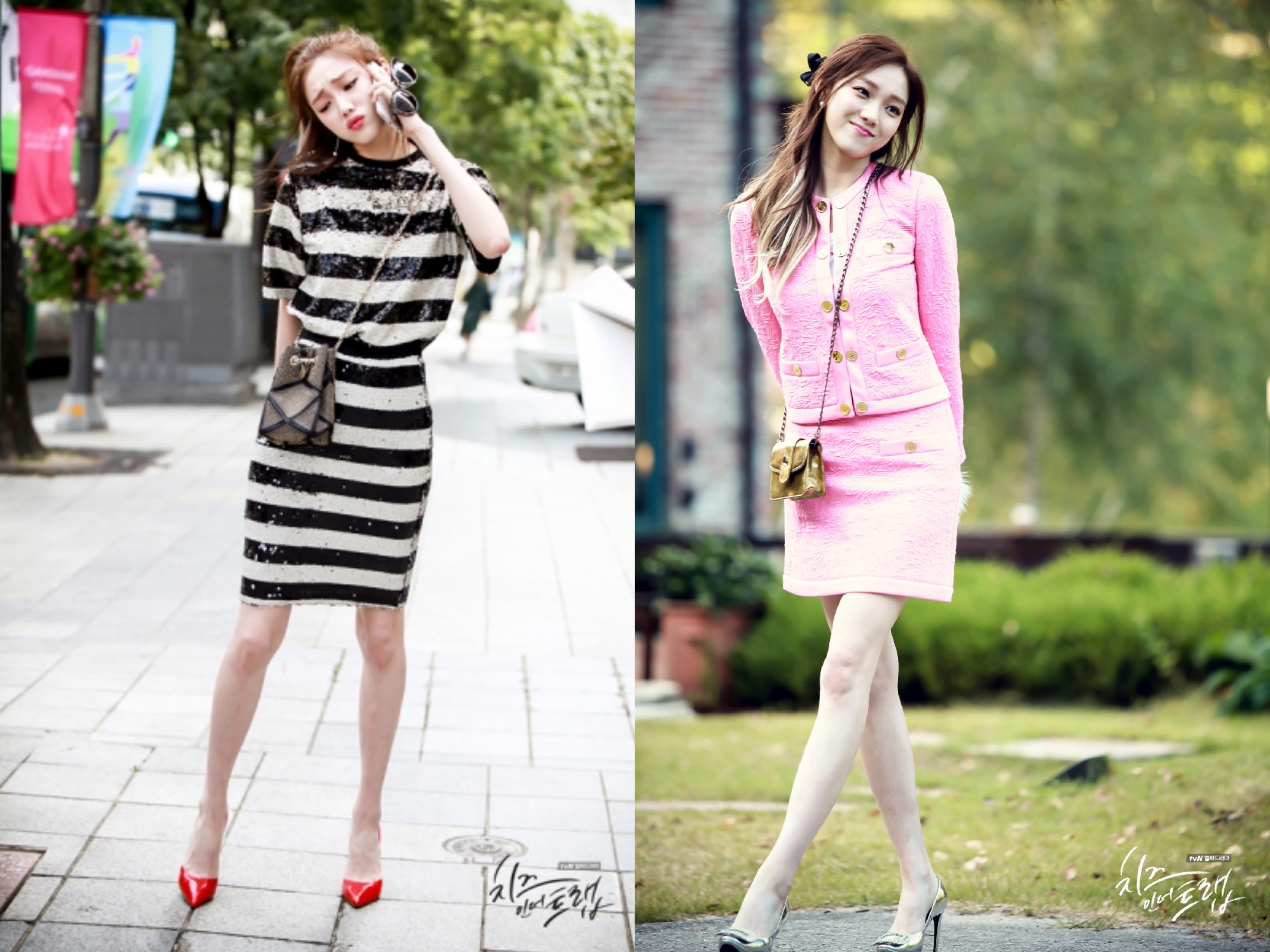 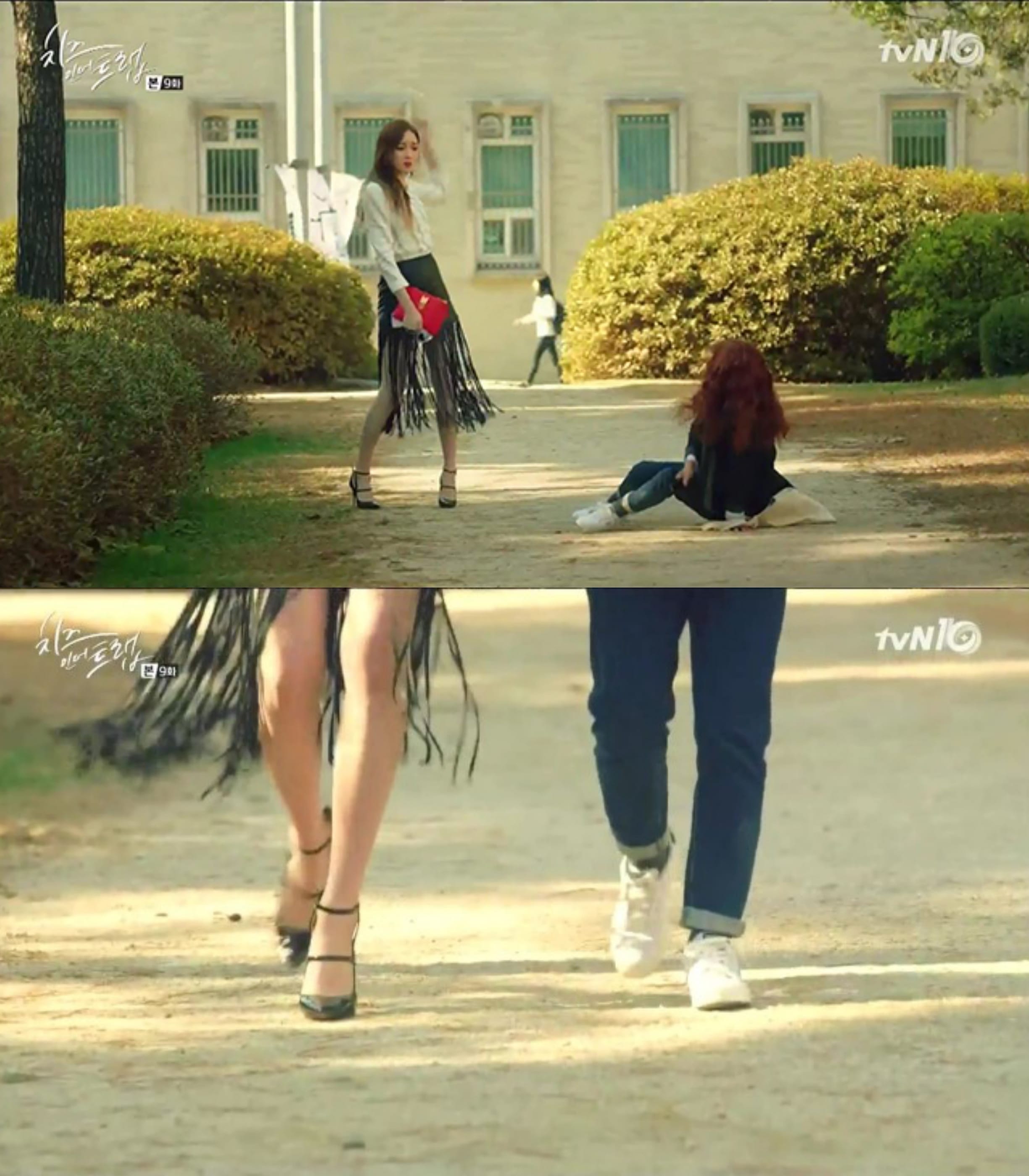 Catch episode 1 of “Cheese in the Trap”:

If we’re talking about shoes, we can’t forget Ma Hye Ri (Kim So Yeon) in “Prosecutor Princess,” who battles injustice in fashion — and signature sky high heels. The defining scene in the story is when she proves her detractors wrong after walking down the aisle towards the stage on her graduation day, in her metallic embellished heels of course! Talk about a triumphant Elle Woods (“Legally Blonde”) moment! 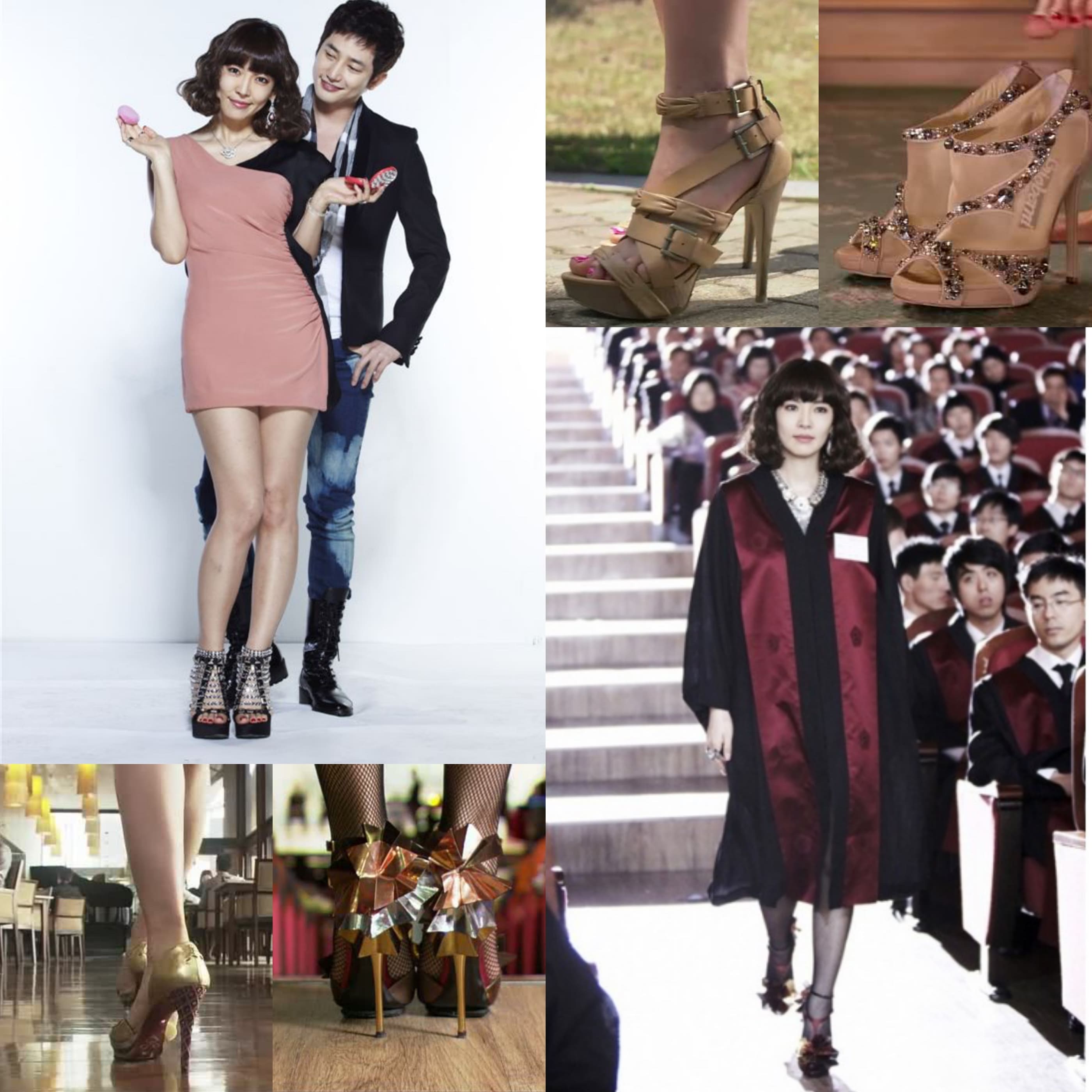 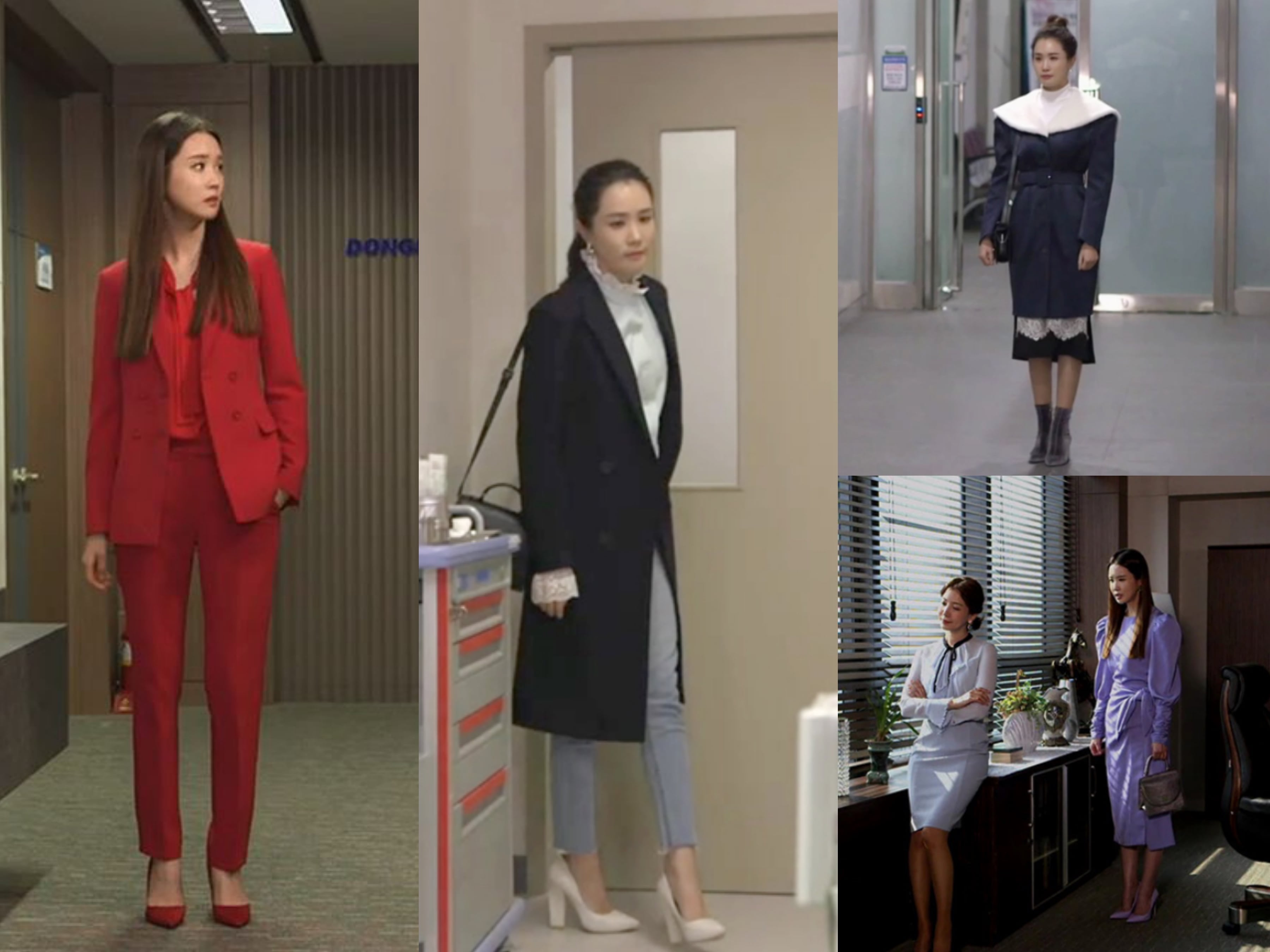 Cha Do Hee (Lee Da Hae) is known for being a ruthless career woman who plots evil ways to get to the top, even if she hurts her family in the process. Her twin, Cha Sun Hee (also played by Lee Da Hae), on the other hand, is a kind, principled mom who has a heart of gold. Lee Da Hae was excellent in both roles and she was stylish whether she was the bad or good twin. She would often wear classic heels that matched the color of her outfits. This is because she wanted to project the image a perfect professional who had the looks and skills to be the boss in the company.

Catch episode 1 of “The Good Witch”:

“What’s Wrong with Secretary Kim,” “The Legend of the Blue Sea,” “W,” and “Chicago Typewriter”

These leading men look like they came straight out of a magazine in their sleek suits, sophisticated casuals, and the finest leather shoes or sandals. Their characters are refined, cultured, and basically rich young men (or pretending to be one like Lee Min Ho in “The Legend of the Blue Sea”). They light up the screen with not only with their wit but also in their well put-together outfits. 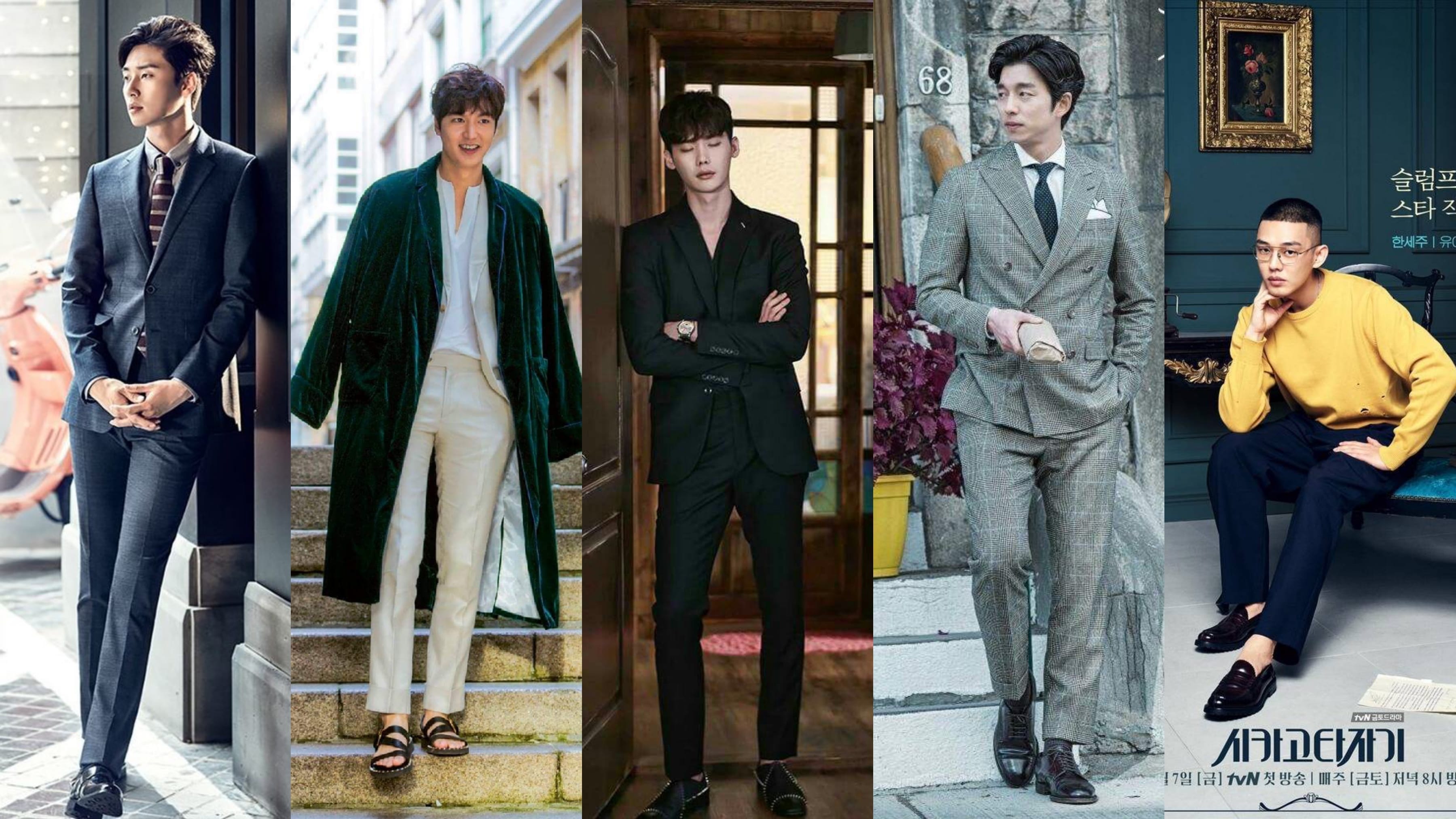 Of course, whatever the style, wearing your fave pair of shoes is made much more sweeter with a special someone. These couples looked lovey-dovey when the drama aired scenes of them having fun and wearing couple shoes. It’s the perfect happy ending in their love story and style! 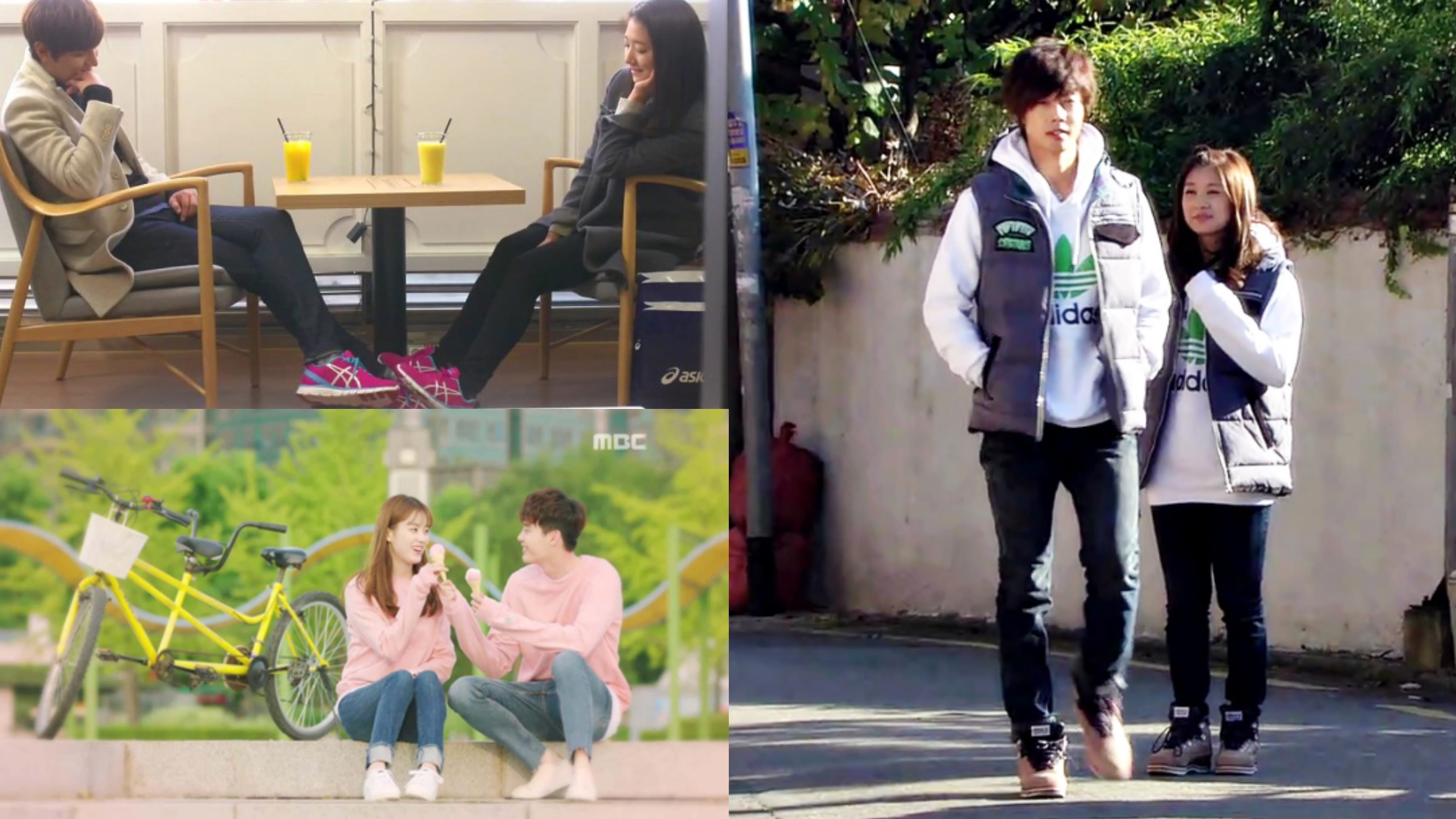 Hey Soompiers! Which pair of shoes from these K-dramas is your fave? Let us know in the comments below!