BTS’s Jin Gets Praised For His Kind Character By Solbi

On the July 17 episode, Solbi shared the story of how she became friends with Jin. The two were previously cast members together on SBS’s “Law of the Jungle.”

MC and Girls’ Generation member Sunny asked, “You’re close friends with BTS’s Jin? You said that seeing Jin’s character, you can see why he succeeded.”

Solbi began, “You can’t help but get close when you go to the jungle. I went to the jungle with Jin. He approached me first, asked the other members for their phone numbers, and first suggested we create a group chat room.” 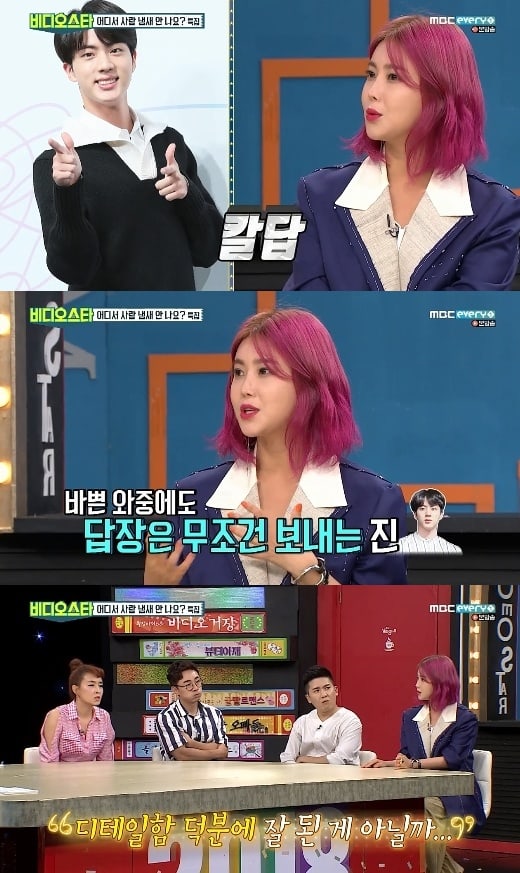 She continued, “He’s not shy and really friendly. When BTS won an award at the Billboard Music Awards, I sent him a message to congratulate him as soon as I saw it on TV. He replied right away. There has never been a time where he hasn’t replied to my text messages.”

She added, “So I thought, ‘He must be successful because he pays attention to these kinds of details.’ His character is really, so good.”

Meanwhile, BTS recently announced plans for the group’s comeback with their repackaged album “Love Yourself: Answer,” set to be released on August 24.

BTS
Jin
Solbi
Video Star
How does this article make you feel?