The video begins with Baek Jin Hee and Highlight’s Yoon Doojoon filming a meal scene together. Baek Jin Hee adorably messes up while showing off a fancy fire trick and a flashy way of mixing drinks, though she manages to pull both off in the end. At one point, while going in for another take, she cracks up the staff members by absentmindedly mimicking the sound of the beer fizzing. 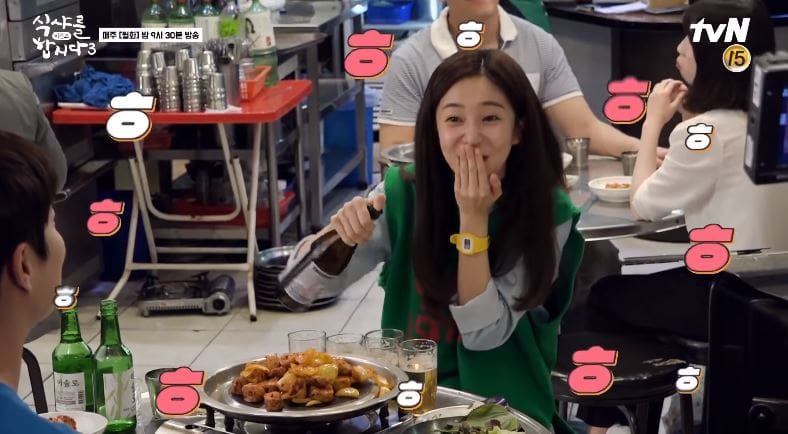 The cast members also film a birthday party scene set in 2004. Looking at the props, they have fun reminiscing about the type of cake and stuffed animal that were popular back in the day. Yoon Doojoon’s character suffers a good amount of teasing from his friends as he sings the “Happy Birthday” song as a staff member at the restaurant. 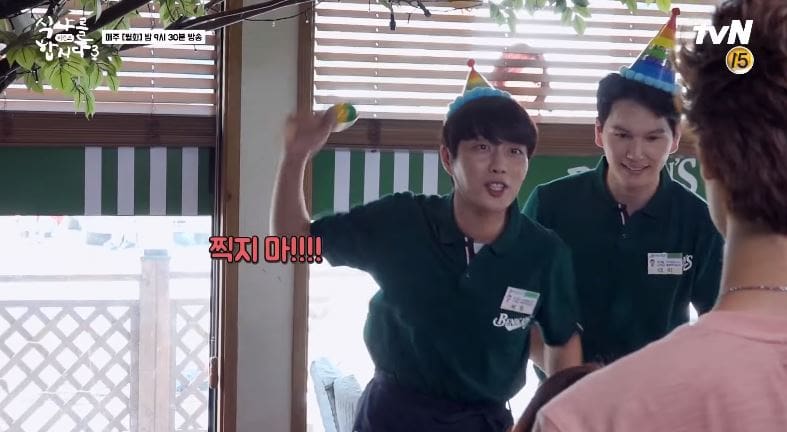 The video then shows Seo Hyun Jin, who starred in “Let’s Eat 2,” filming her cameo appearance in the drama and reuniting with her former co-star Yoon Doojoon on set.

When asked how it feels to be working with her again, Yoon Doojoon replies, “It’s great. It makes me think of the past.” He then teases Seo Hyun Jin by saying, “She’s become a superstar.” 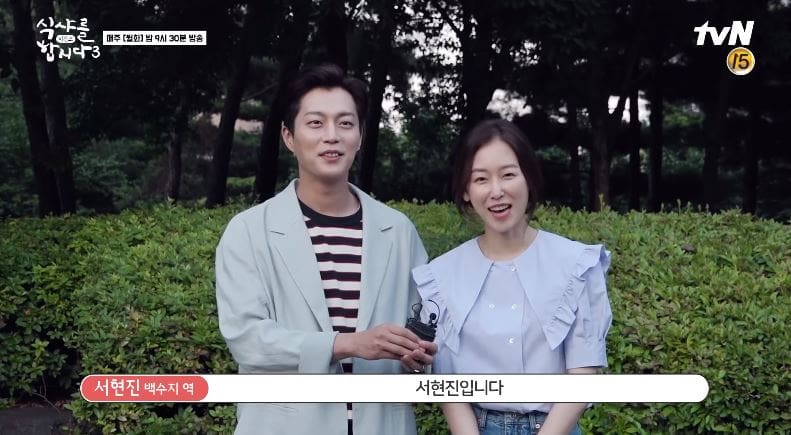 Seo Hyun Jin shares her thoughts as well, commenting, “To be honest, it feels a bit strange. I know the director, the staff members, and the male lead.” She adds, “It’s good to see Doojoon for the first time in a while.” 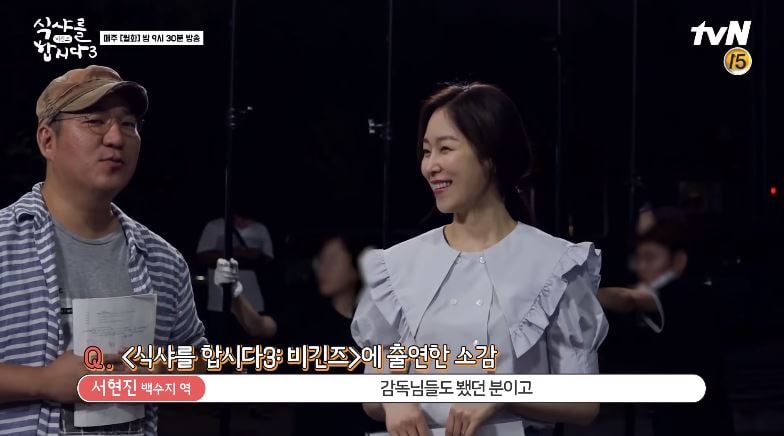 The actress then teases Yoon Doojoon back by saying, “I watched the trailers, and they [Yoon Doojoon and Baek Jin Hee] look really good together. I hope that you break the previous record to become tvN’s most-watched Monday-Tuesday drama!” Yoon Doojoon laughs and points out, “That’s you,” referring to Seo Hyun Jin’s drama “Another Oh Hae Young,” which currently holds the record for the highest ratings ever achieved by a tvN Monday-Tuesday drama. 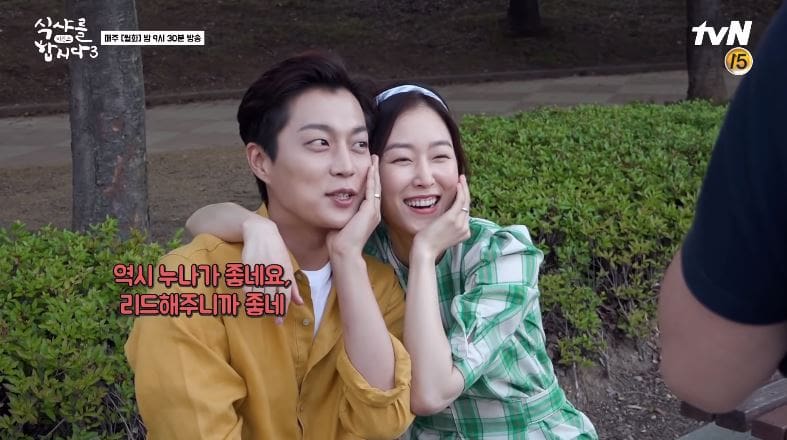 If you haven’t already, watch the first episode of “Let’s Eat 3” below!