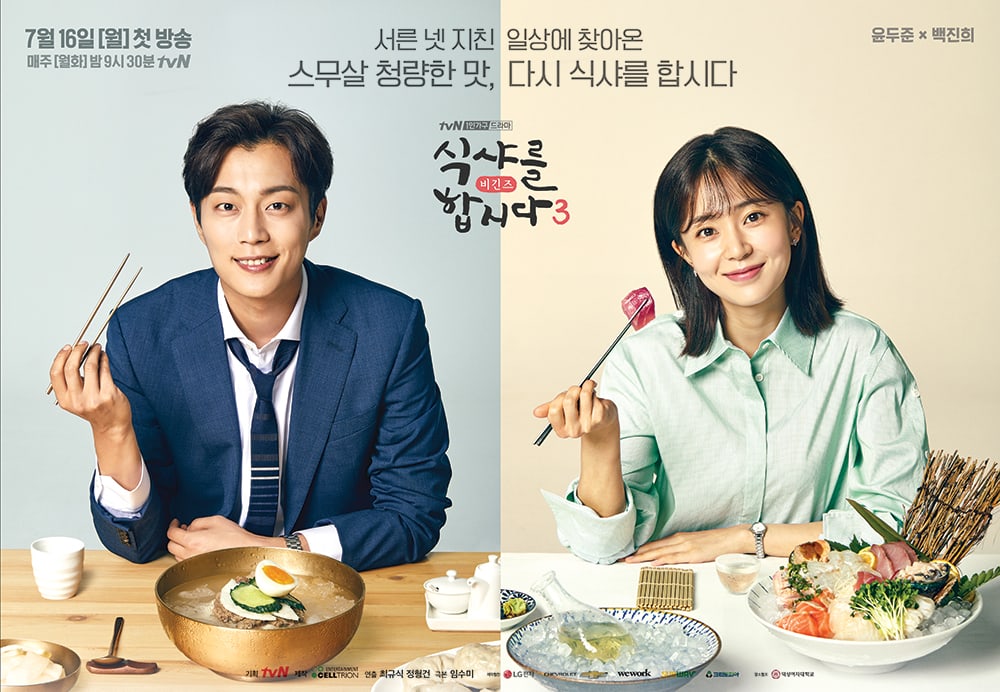 Delicious And Shocking: What You Can Expect From “Let’s Eat 3”

As an avid lover of the “Let’s Eat” series, I am super excited to introduce to you, the third season!! Yes, it’s sad to wave goodbye to the events and characters of the previous season, but such is the nature of this show as it sheds its skin with each new installment, only carrying forward a love for food and our favorite foodie, Goo Dae Young! (Played by Yoon Doojoon).

If you’re not familiar with the series, have no fear, not only do you have hours of enjoyment in your future should you decide to visit the previous seasons, but you can also watch “Let’s Eat 3” on its own. There are some references to the past seasons in the first two episodes and perhaps that will continue going forward, but they are presented in a way that new audiences can still understand.

So let’s get into it! But first off, look at that new opening sequence! 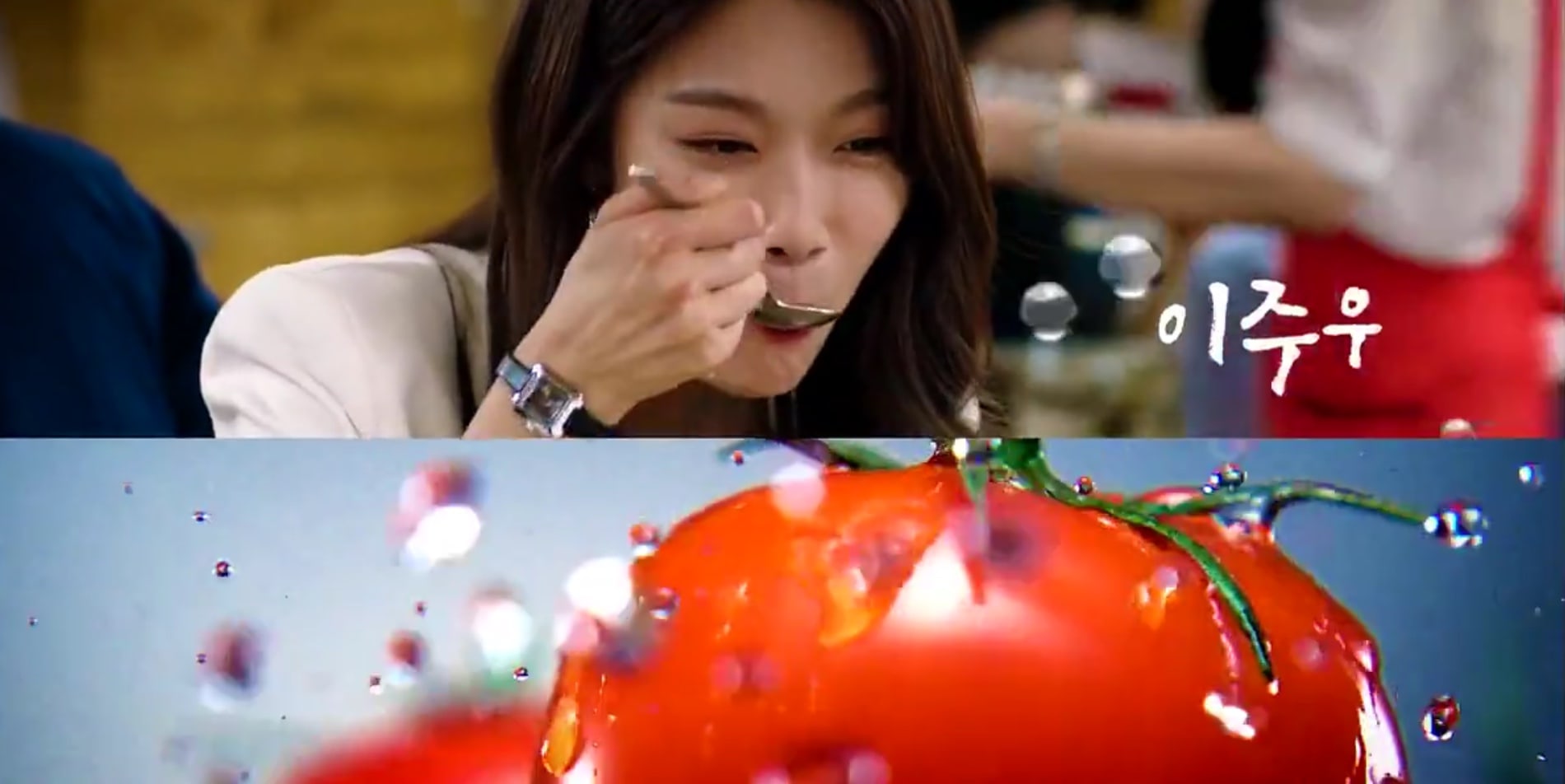 It’s delicious, fresh, and full of flavor! And so too are the new characters! 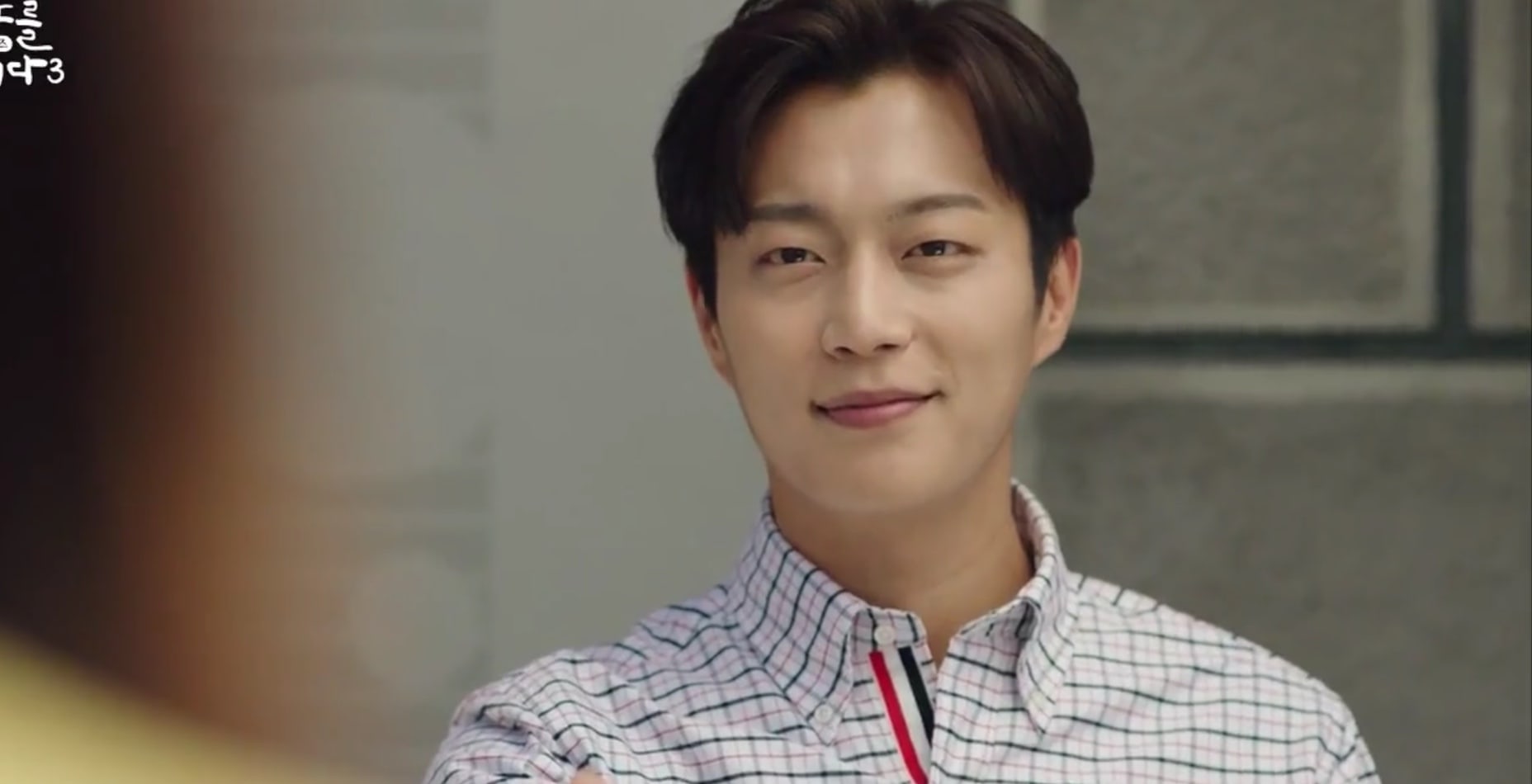 He’s back! But this time things are a little bit darker, as Goo Dae Young (Yoon Doojoon) is struggling with post-traumatic stress, loss, and depression. But despite it all, he is still unable to suppress the desire to force his food opinions on others with dramatic flair.

Goo Dae Young is an insurance salesman with a manipulative streak but general good will. He knows what to say to get what he wants, but he’s not your typical bad boy lead. In fact, he’s actually very caring towards others, which is really shown in how he treats people to meals and cares deeply about their satisfaction in food. So far, in the third season, he seems to have lost interest in Insurance which comes at a good time because his food blog has garnered interest and may lead to a new career!

Quick to think and to act in an emergency, Lee Ji Woo (Baek Jin Hee) is an awesome nurse with a cute dog and a great house. That’s how she’s introduced in the beginning anyway, but we see a few cracks in her perfect exterior when it is revealed the poor girl has been eating at the hospital cafeteria exclusively! In this show, that’s basically evidence of a breakdown. Episode 2 gives us some insight into how close Ji Woo was to her mother in the past, which is different from what their relationship is like now. In a very sad turn, her mom doesn’t recognize her anymore, suffering from dementia and living in assisted care. Ji Woo also expresses a tense relationship with her stepsister, who we see living with her during their college days via flashbacks.

In an amazing turn of events, it is revealed that Lee Ji Woo is actually the original food expert, introducing Dae Young to the world of lecturing their friends on the proper way to eat simple meals!

Joo Woo (Lee So Yeon) is something else! She’s calculating, manipulative, says whatever she likes, and seems to have no shame! If she wants something, she asks for it. The worst they could do is say no, right? As the stepsister to the female lead, we can see her creating some conflict in the future, but for now, she’s attempting to outrun a debt from her time in the United States and is looking for that one good bowl of Kimchi Dough Soup! 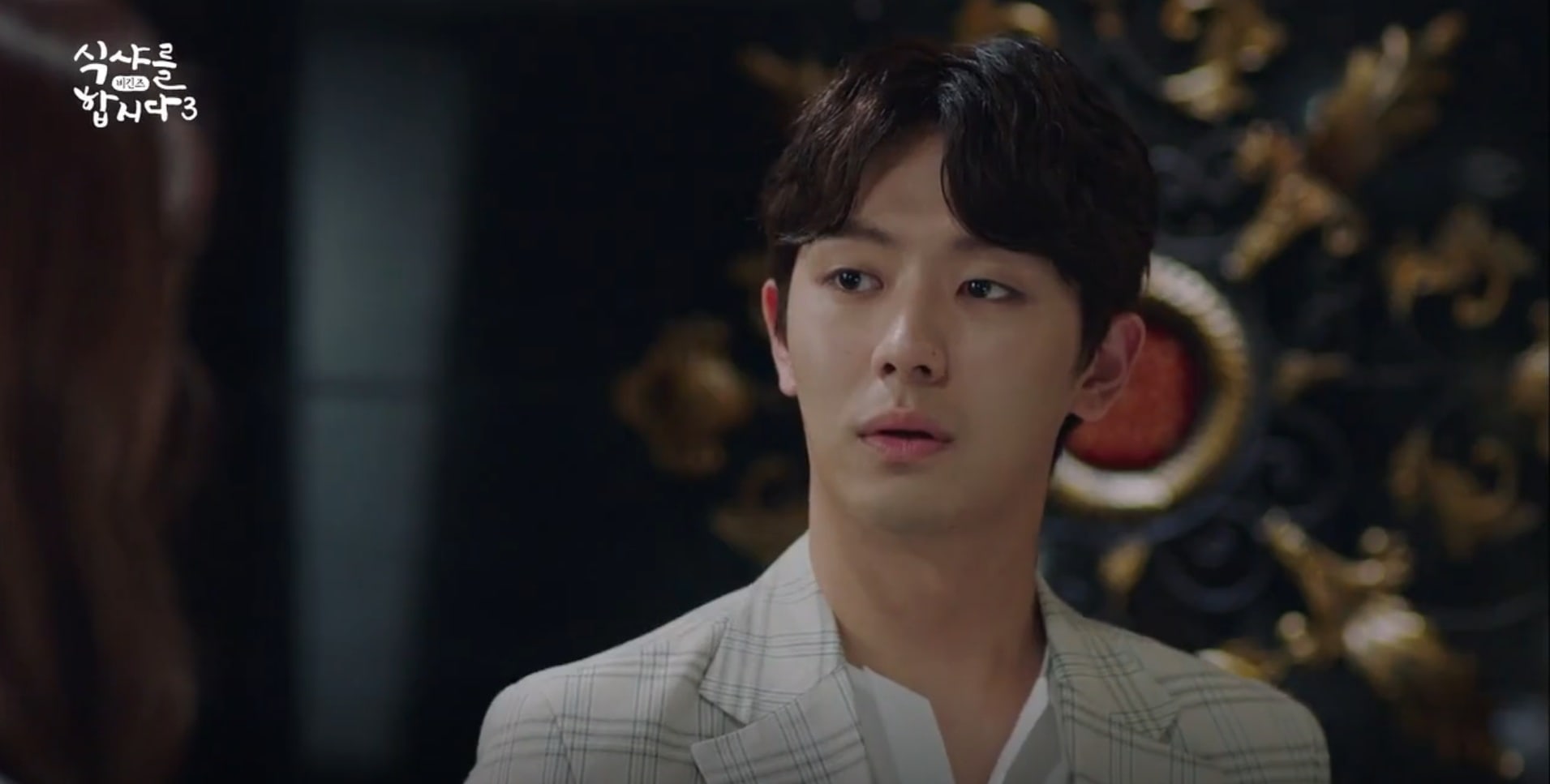 Woo Sun (An Woo Yeon) is a bit of a mystery at this point. His sister, who is living in the United States, has asked him to track down Lee Joo Woo to collect her debt. Unfortunately for him, Joo Woo catches sight of his large apartment and decides to sink her teeth in, so now he’s stuck with her until his sister comes back to Korea to collect the money. He is polite and handsome but offends Goo Dae Young when he invites him to dinner to offer him a job… after he’s finished his meal! That is just not good food etiquette. He is the Team Manager of New Product Development at CQ foods, but that’s all we know about him so far.

Byung Sam (Kim Dong Young) is afraid of women, Lee Sung Joo (Seo Byuock Jun) has a lot of noona friends, and Kim Jin Seok (Byung Hun) takes his clothes off when he’s hot. Not a lot has been revealed about them yet except that in 2004 they spent a lot of time at Dae Young’s house without an invite. Will they appear in the present day?

We’re back with the extreme close-ups and slow-motion shots that seem to transport you into the restaurant and overload your senses with delicious food! “Let’s Eat 3” knows how to get you out of your seat and down to the closest beef place, or at least start looking for those take-out menus. Goo Dae Young is still waxing poetic on all things food, this time with foods like grilled hairtail, and the food is shown in its preparation and slow, quiet enjoyment.

Every season of “Let’s Eat” has had some element of mystery. And although it is not the entire focus of the show, it does add a fun twist to the aesthetic and themes! In season one, there was a serial killer lurking in the shadows, waiting for poor foodies to walk home alone from their favorite eateries. In “Let’s Eat Season 2,” the audience is lead to believe that perhaps there is something suspect about Chun Soo until it is later revealed that he’s just a really nice guy.

In the third season, the mysteries are solved as quickly as they are presented. Goo Dae Young believes his apartment building may be haunted, only to reveal a much less chilling explanation. We also see him struggling with some memories of the past, but what could they be? It is revealed in episode 2 and it’s actually quite obvious if you’re familiar with the second season. But all the same, Director Choi Kyoo Sik knows how to build the tension and switch between genres at the flip of a switch.

Traveling back in time to Goo Dae Young’s college days almost feels very “Reply” series style, and we’re blessed with pop culture references and bad fashion choices (at least in retrospect)! “Let’s Eat 2” did offer some flashbacks to Baek Soo Ji’s (Seo Hyun Jin) struggle to lose weight, but in this season, it seems this aspect will take on far more screen time and perhaps show us the development of romance between Dae Young and Jii Woo, both in the past and the present. 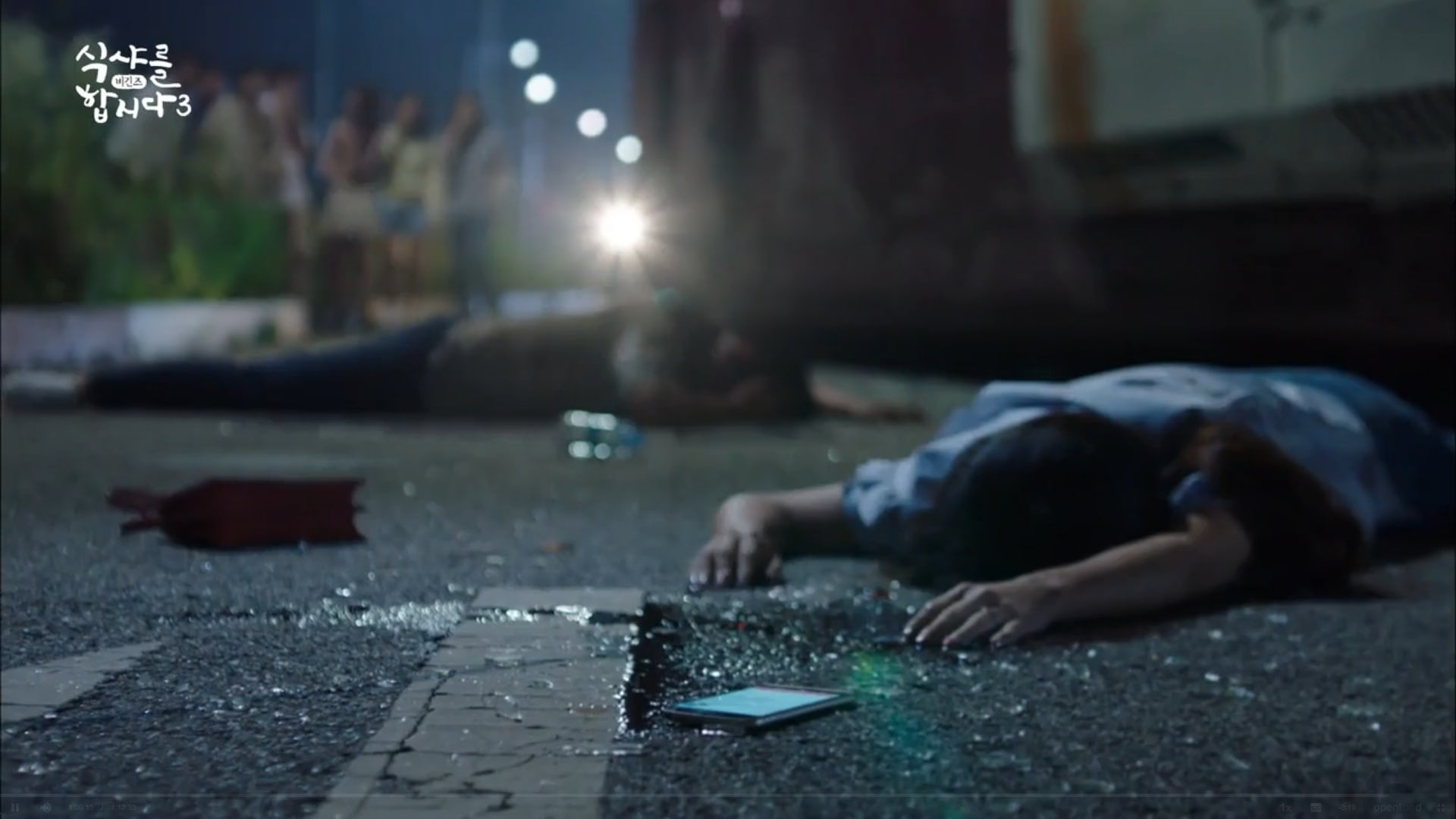 While the previous seasons have touched on themes that might not have been all sunshine and happiness, this season has the male lead suffering from some real grief that we as an audience can empathize with, since we’re so familiar with the characters that are involved. It’s a lot deeper and darker than what we’re used to with the series, but hopefully, it will add an interesting new element whilst not deflecting too much from the enjoyment of the show.

Did I mention that I love this series? It hurts a little that the heroine has been changed (yet again) because it does make it difficult to get invested in each new romance that Goo Dae Young pursues. However, I’m already hooked and excited to learn more about all the new characters, even if we had to wave goodbye to some old ones.

Will you be watching “Let’s Eat 3”? Let us know in the comments below!