Watch: GOT7 Candidly Chats About Their Everyday Lives And Roasts Each Other In Hilarious Interview

When first asked how the members would describe the group in one word, they said words like “global,” “chill,” and “entertaining,” before Yugyeom commented with a laugh, “peacemaker.” BamBam added, “We bring peace to K-pop.” Jackson also mentioned “savage,” with BamBam bringing up the nickname “Savage7.”

On any rituals they do before performing, GOT7 talked about their chant “G-O-T-7-jjai!” with their hands in the middle. BamBam explained, “We let through our energy by hand. It’s going to go through each other, like we give each other energy.” They do this before every performance and even did it before this specific interview. 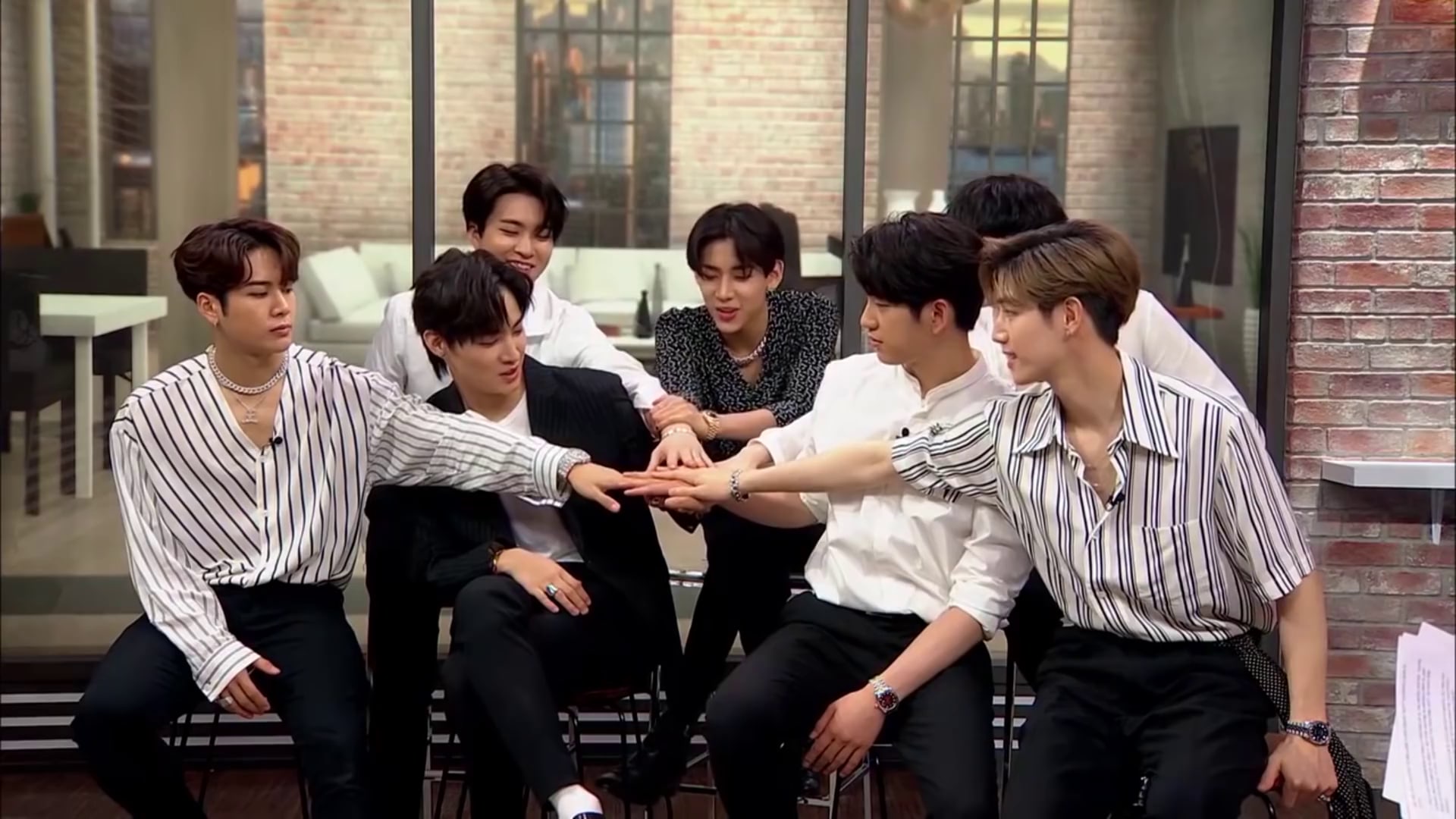 As BamBam, Youngjae, and Jackson have moved out of the group dorm, the members were asked if they ever miss each other now. BamBam asked the members, “Do you miss us?” to which Yugyeom jokingly answered, “No.” Mark added, “We see you guys everyday!”

BamBam continued, “Even [though] we don’t live together anymore, we see each other like everyday. Actually, we don’t really have time to stay home either.” Jackson also said, “We’re never home. Like barely.”

The MC mentioned Korea, Hong Kong, Saudia Arabia, Thailand, and Los Angeles as places the members have lived before. They first seemed confused at how Saudi Arabia was mentioned, but then Yugyeom quietly revealed to Mark that her mother conceived him there.

With some confusions in translation, some of the members were led to think that Yugyeom was born in Saudi Arabia. Although it was not translated to the MC, he clarified to the members that he was born in Seoul.

On the craziest or coolest thing a fan has done to get their attention, Jinyoung revealed that a fan twerked in front of the bus on their way to the interview. The MC then asked if they can twerk, and Jackson responded, “We can all twerk. We’re Twerk7.”

Mark chimed in, “BamBam likes to twerk,” which BamBam retorted by saying, “I don’t! I don’t have a butt. I can’t twerk.”

After talking about how they use social media to connect with fans, the members also shared what they would not reveal on social media. JB would not show his room as he thinks of it as his private space.

The following answers then turned into a hilarious roasting session. Yugyeom said he would not show his “real friends,” referring to his non-celebrity friends. BamBam joked, “You have friends? Congratulations!” When Mark responded that he would not show ugly pictures, Yugyeom commented, “But you [have] so many!”

GOT7 then talked about Instagram accounts they like to look at. BamBam enjoys food accounts, while JB likes cat accounts and Youngjae likes dog accounts. Mark looks at the accounts that post funny videos.

The members also talk about what they like to do in their free time, who spends the most money on their pets, and more.

Check out the full interview below!