Watch: Hilarious Trailer And Poster Released For Upcoming Film “On Your Wedding Day”

After confirmations of the premiere date for Park Bo Young and Kim Young Kwang’s upcoming film, “On Your Wedding Day,” the first trailer and poster have also been released!

“On Your Wedding Day” is a romantic film about first love that follows Seunghee (played by Park Bo Young), who believes in the “three seconds of fate,” and Wooyeon (played by Kim Young Kwang), who believes that his destiny is to be with Seunghee. Unfortunately for the would-be lovers, timing never seems to be in their favor. 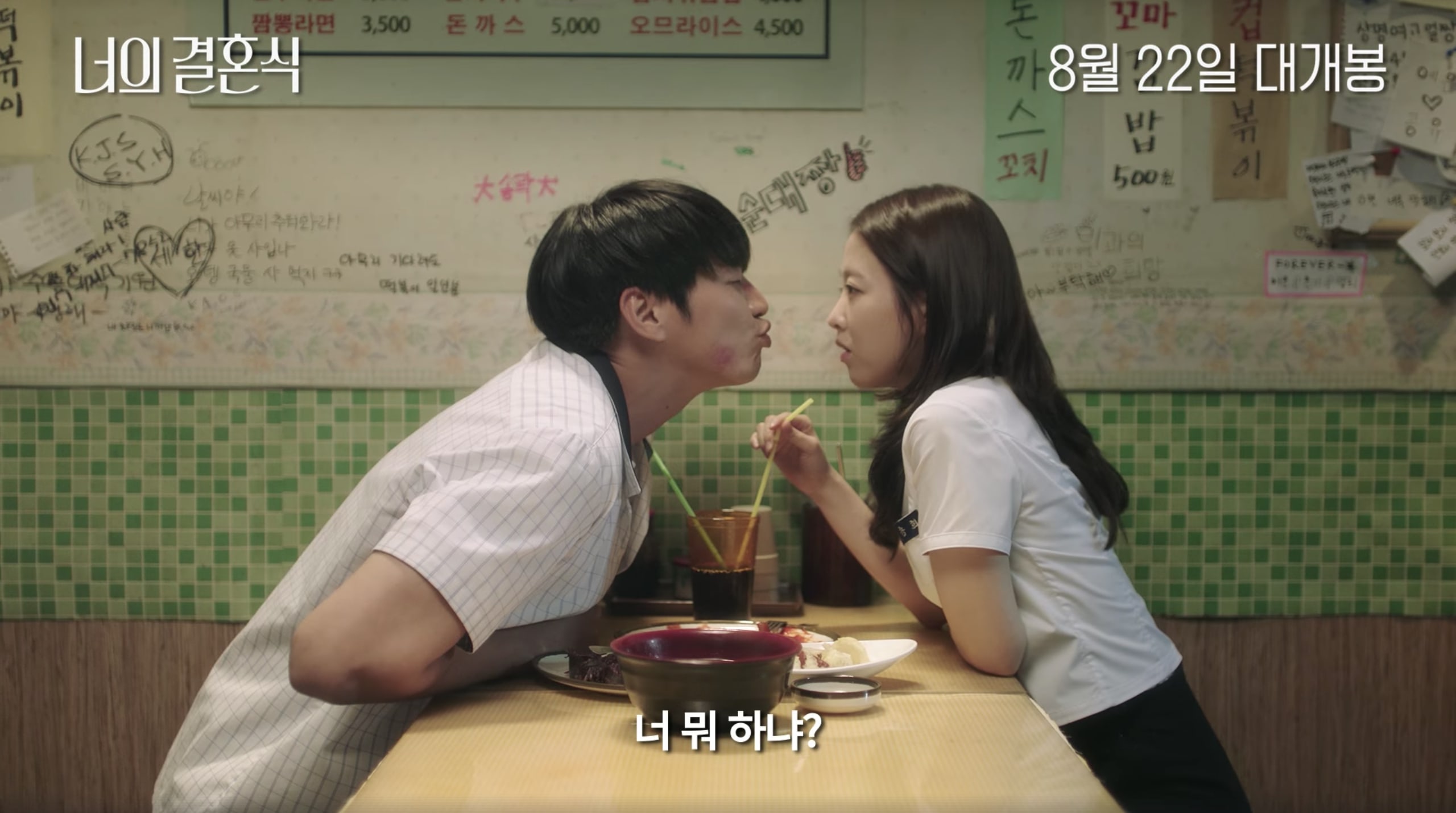 In the trailer, Wooyeon is shown as a high school student, falling for the transfer student Seunghee in a matter of just three seconds. He is clearly smitten with her, as he tries to give her a kiss over the table. In response, Seunghee bluntly asks him, “What are you doing?”

His crush on Seunghee is so great that he even attempts to go to the same college as her, causing his parents to laugh hysterically at such an idea. 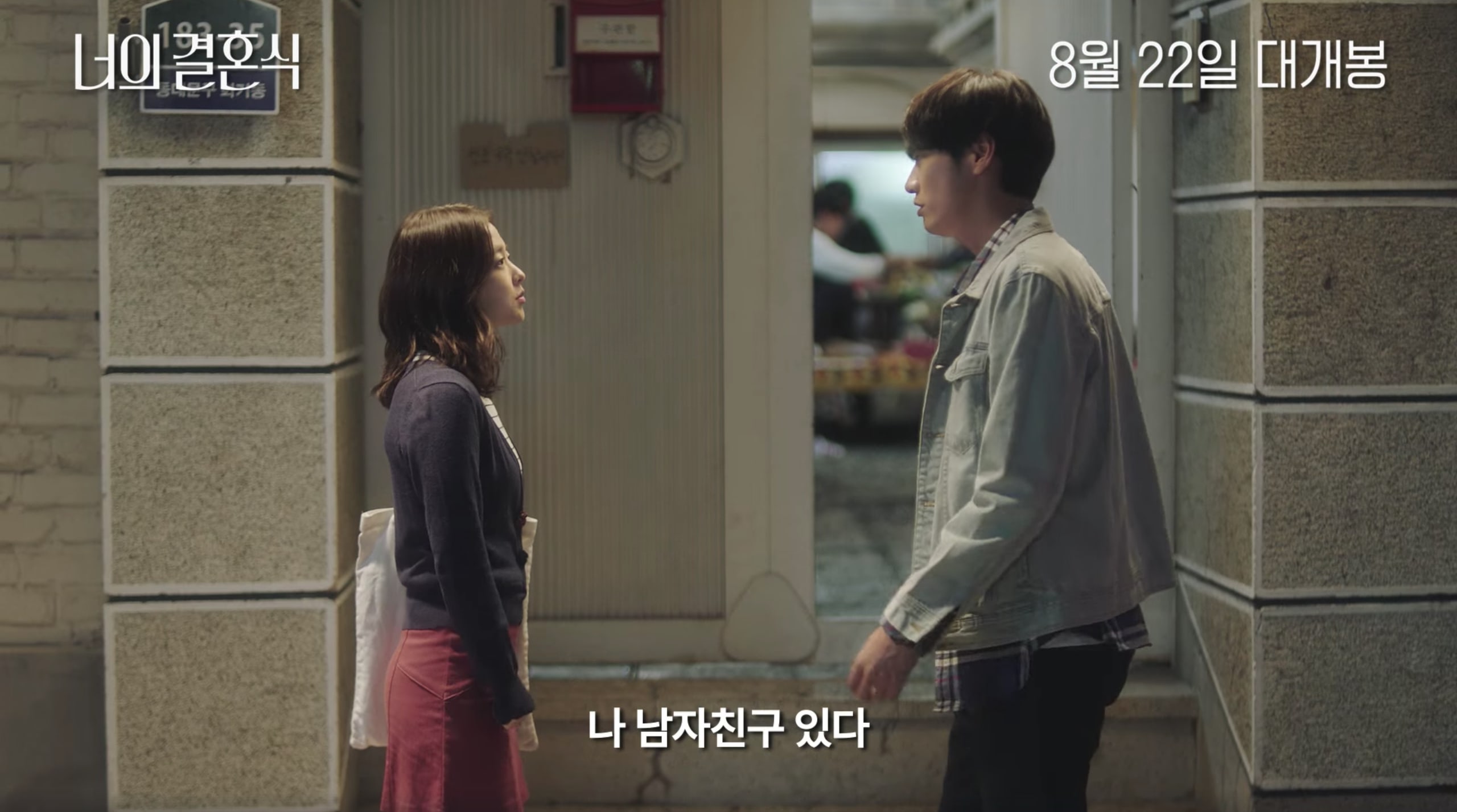 Later, he meets Seunghee again, but she crushes him in another fated three seconds with a simple, “I have a boyfriend.” 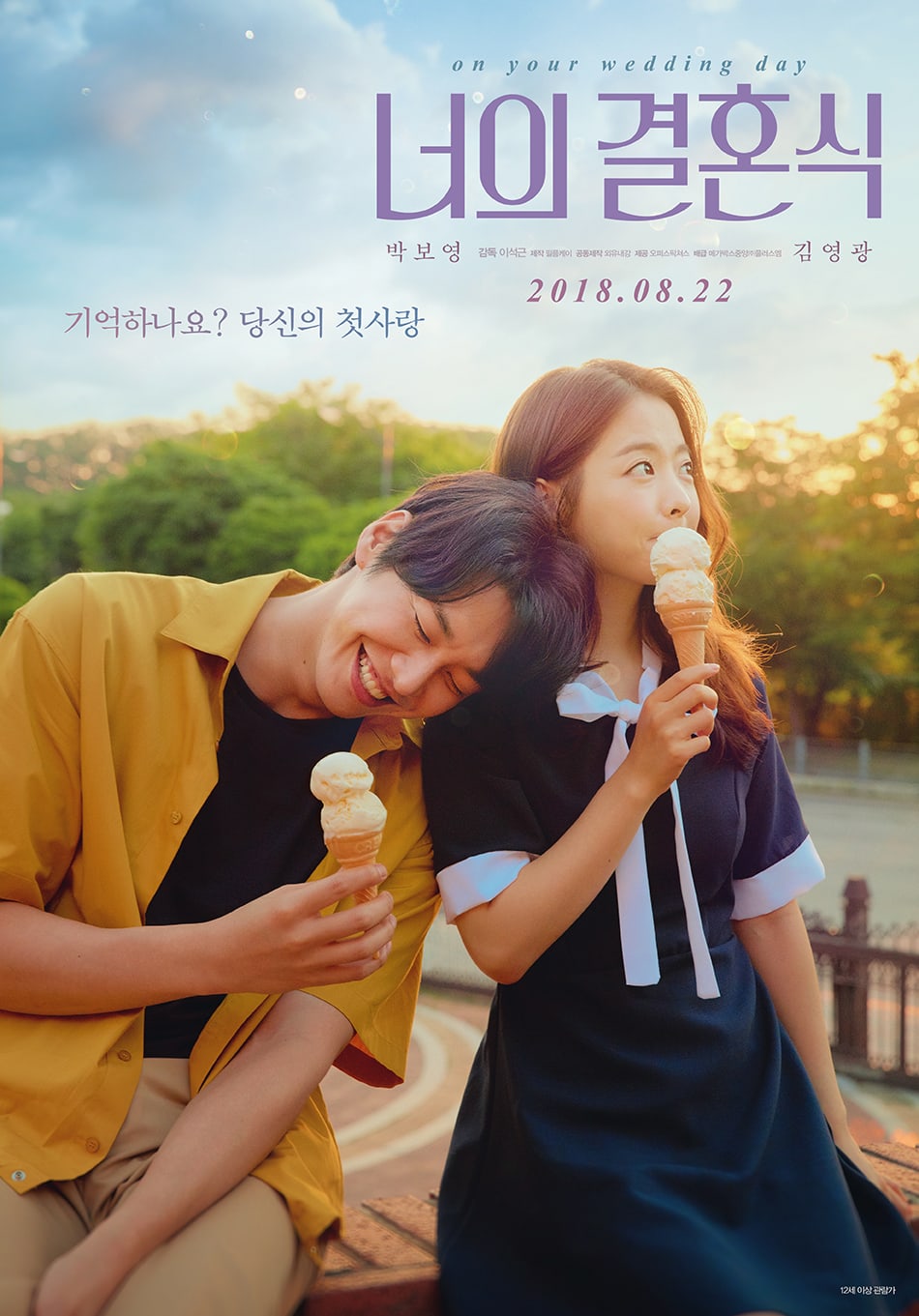 The film also released its official poster, where Park Bo Young holds an ice cream cone and Kim Young Kwang smiles happily as he rests his head on her shoulder.

“On Your Wedding Day” is set to premiere on August 22.

Kim Young Kwang
Park Bo Young
On Your Wedding Day
How does this article make you feel?