On July 19, Gaon revealed chart results for the week from July 8 through 14.

TWICE’s new release “Dance the Night Away” entered in first place on both the overall digital chart and the download chart. Other female artists also showed power on the digital chart, with BLACKPINK’s “DDU-DU DDU-DU” in second, Apink’s “I’m So Sick” in third, and Bolbbalgan4’s “Travel” in fifth. MeloMance’s “Tale” took fourth. 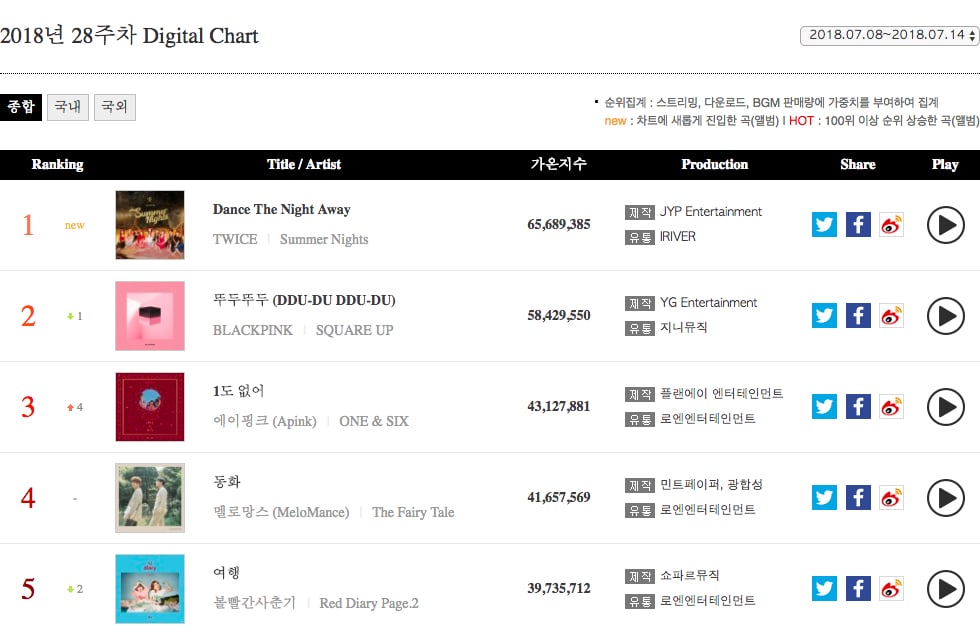 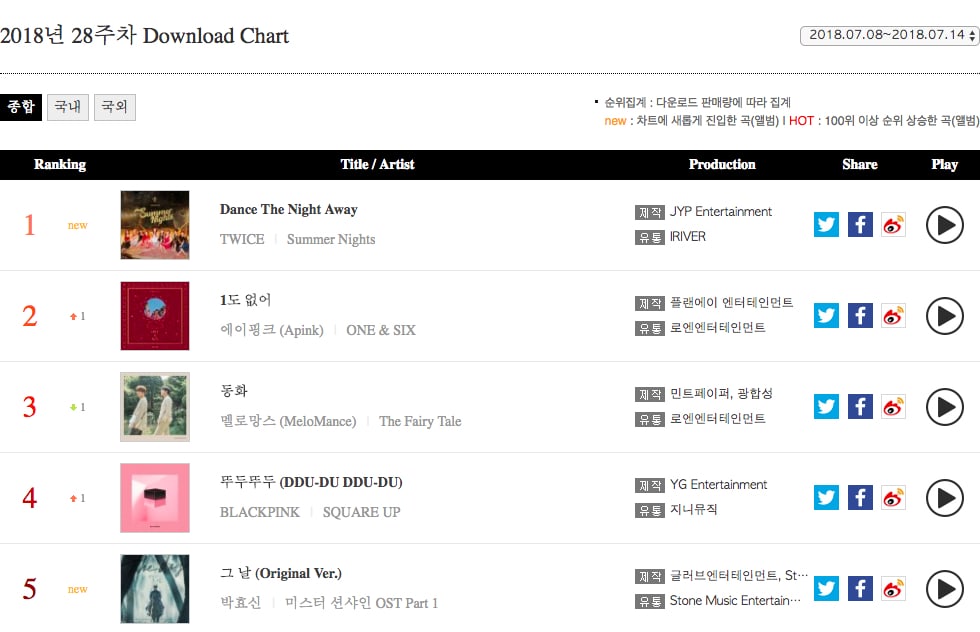 “DDU-DU DDU-DU” remained at the top of the streaming chart, and “Dance the Night Away” debuted at No. 2. “Travel” and “Tale” took third and fourth, respectively. “I’m So Sick” rose eight spots and placed No. 5. 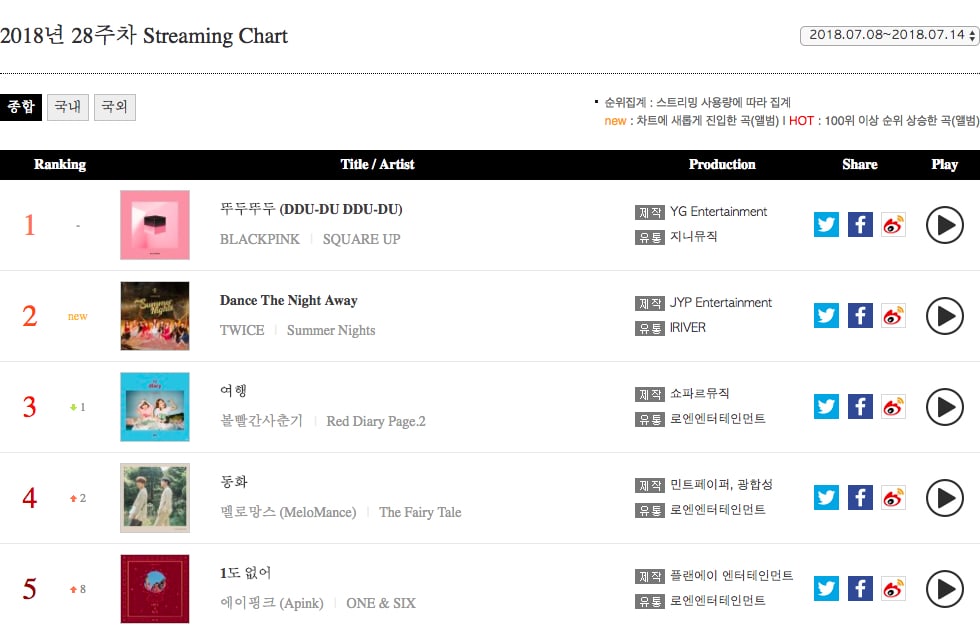 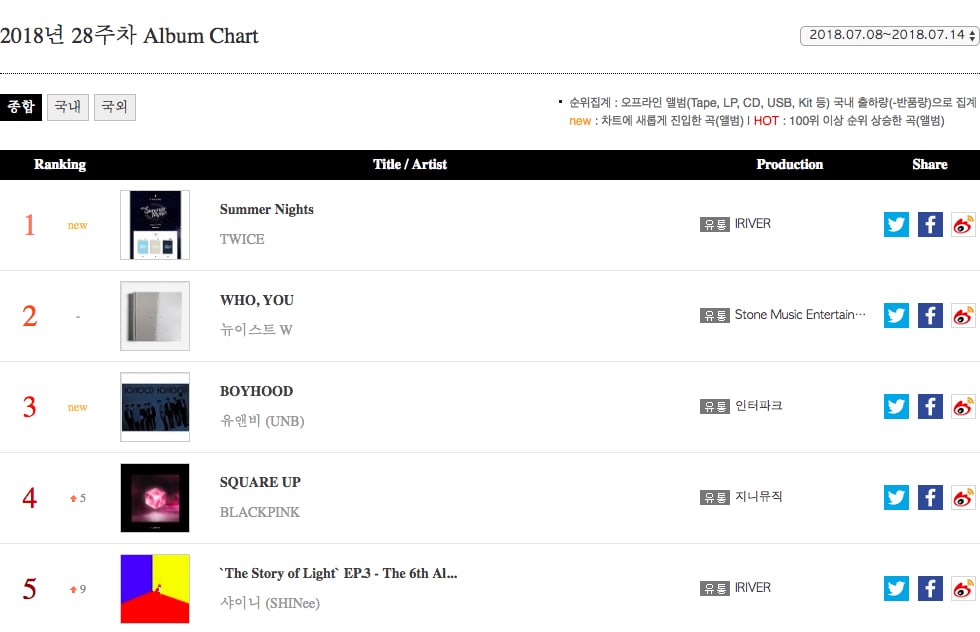 “Dance the Night Away” took an overwhelming first on the social chart, which is a result of data from YouTube, Twitter, and YinYueTai, with a high score of 99,000. “I’m So Sick” placed second, followed by MOMOLAND’s “BAAM,” BTS’s “Fake Love,” and gugudan SEMINA’s “SEMINA.” 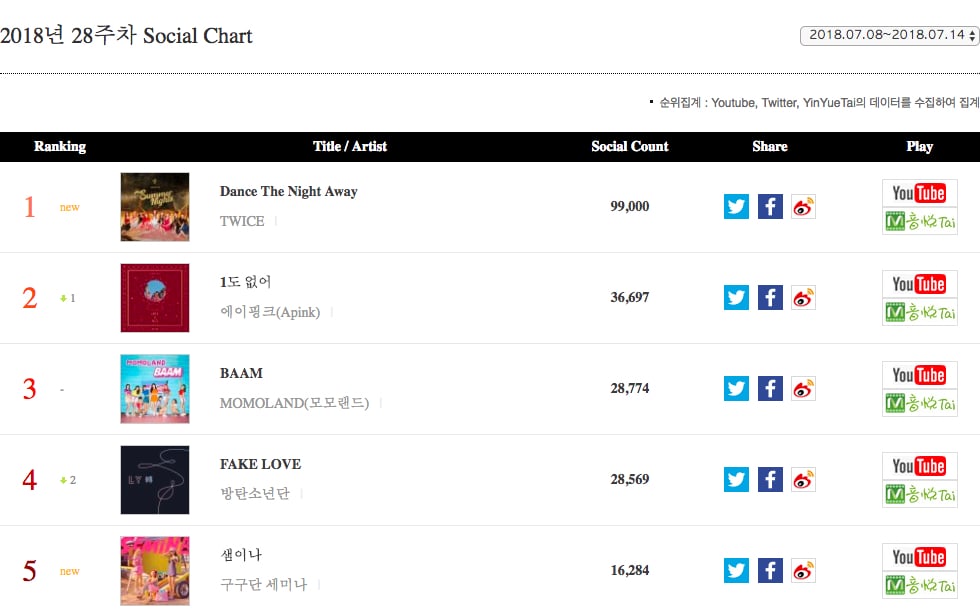