Global entertainment company iMe KOREA plans to debut their first girl group in September of this year. They confirmed that the eight-member girl group previously known as iMe Girls will be called DreamNote.

On July 19, the first team logo for the group was released. 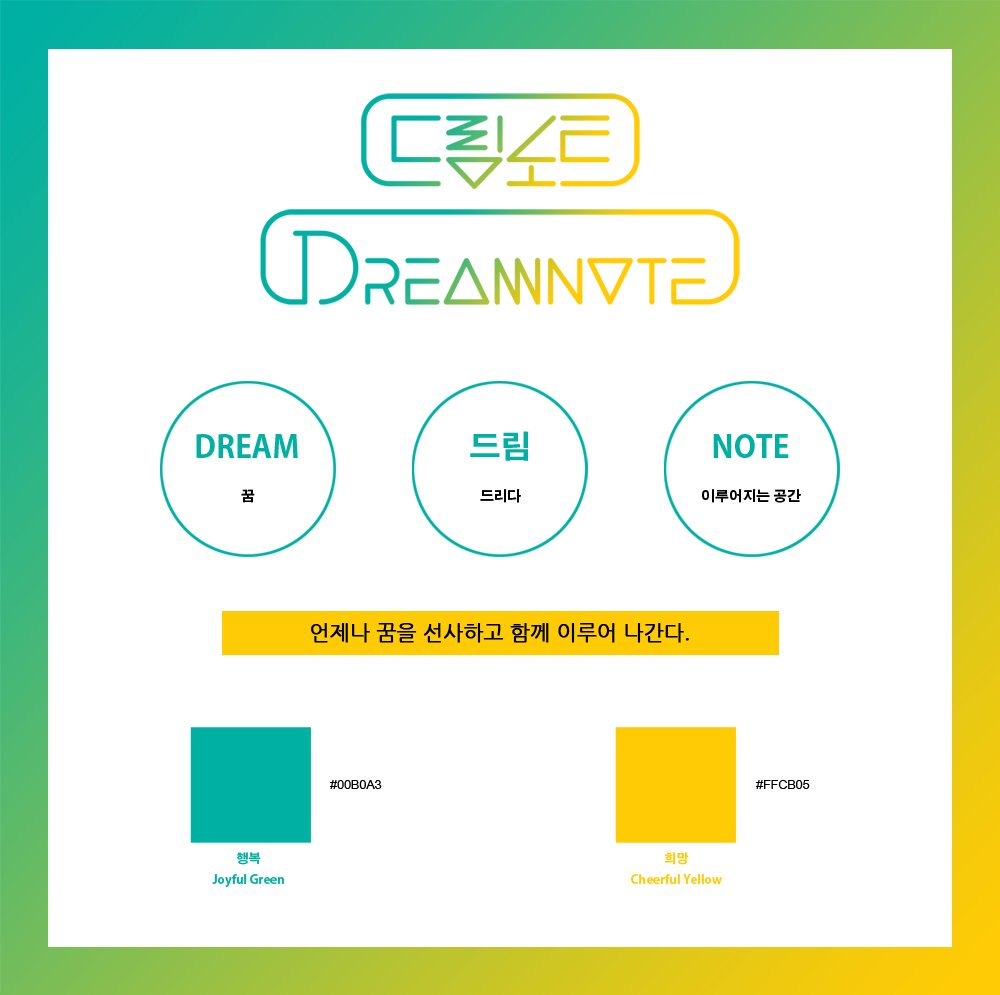 The bluish green color (“Joyful Green”) represents happiness, while the bright yellow (“Cheerful Yellow”) stands for hope. The logo overall symbolizes the combination of these two colors to mean “We will achieve our happy dreams through hope and delight.”

The group’s team name was born from the combination of “dream,” the Korean word for “to give,” and “note,” meaning “place where [dreams] happen.” Together, the group name means “We will always give our dreams (to our fans) and achieve our dreams together.”

After finishing in third place for the female contestants of JTBC’s “MIXNINE,” Park Soo Min joined eight other skilled trainees to form DreamNote. The group held a free showcase called “Dreamnote 2page” and put on a free debut performance for fans and staff alike.

Through a surprise video uploaded on their official Youtube and V Live channels, DreamNote also showed off their skills as they danced to BTS’s “I NEED U.”

The eight-member girl group plans to mark their place in the music industry through their debut in September.

park soo min
MIXNINE
DreamNote
How does this article make you feel?