In an interview with ET News, GFRIEND talked about their three-year career thus far, their outlook as artists, and their thoughts on the concepts that they’ve done.

The group, who recently made a comeback with “Sunny Summer,” is now in their fourth year together. Despite having a run of hits from early on, the group has stayed grounded and motivated every step of the way.

Yuju said, “Even if we do the same performance, the audience is different, and we’re different, too, so we have no choice but to see every performance as our first. Maintaining a rookie mindset is something so natural; we never questioned it. Every single GFRIEND member wants every performance to be amazing, so if our practice ends early in the studio, we’ll continue somewhere else. It doesn’t matter if we have a lot of space. We believe that we can practice in any space, and we’re always preparing for the stage.”

The group values communication above all else and does not shy away from sharing constructive criticisms with each other, or making marked efforts to discuss and work out any hurt feelings or disagreements. They also make time to compliment each other, chatting online if they can’t get together. 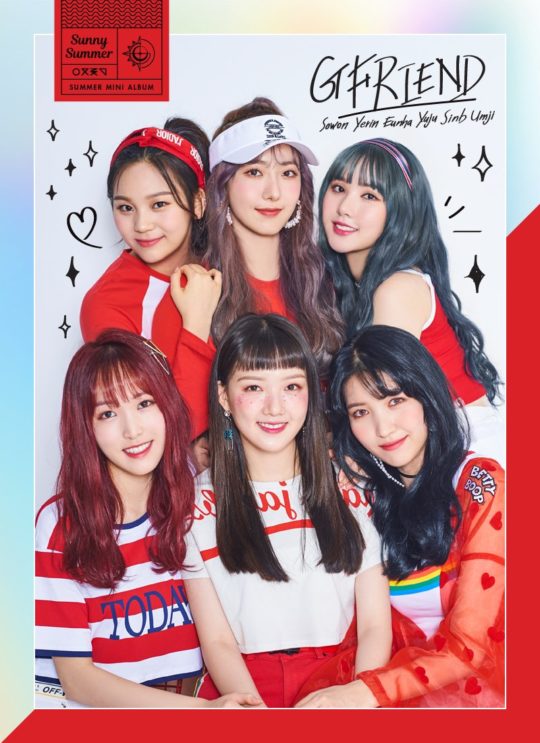 GFRIEND spoke about their largely unchanging concept since debut; ever since their debut with “Glass Bead,” the group has driven forward with their powerful, innocent concept. In a market where many artists opt for big changes, GFRIEND is steadfast in who they are and in their direction.

Umji said, “Since our debut, we set off with a concept that fits us, and received a lot of love for it. In our opinion, even by making small changes each comeback, we’ve changed a lot since debut.” She continued, “Just like you’re at the top [in the last year of] elementary school, but are the runt again when you move up to middle school, a big plus is that as we grow, there are so many different things that we can do. Moving forward, we will continue to make small, natural changes, advancing steadily, so that people can say we matured naturally, and well.”