Brown Eyed Girls’ Narsha explained why she got emotional during a performance in the past.

On the July 19 episode of “Happy Together,” Narsha appeared as a guest and told a story about how she was broken up with right before going on stage for a live performance on “Inkigayo.”

“I was nervous right before going up on stage, and I had my mic on and everything ready,” Narsha said. She explained that she’d then got a call from her boyfriend.

“I picked it up and he said abrubtly, ‘Let’s break up,'” she continued. When the others asked if he knew that she was going to be performing live, she said he knew. 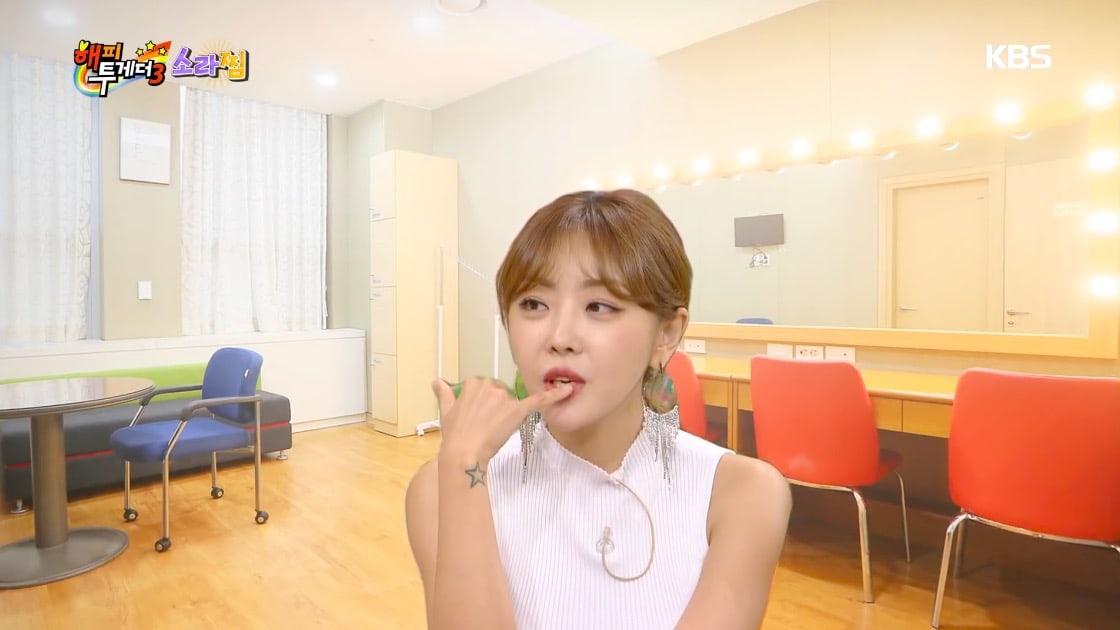 “And it was my birthday that day,” she said, leading the hosts and other guests to express their sympathy with her even more. “I thought maybe he was joking around. But his tone totally changed and he said, ‘Let’s stop seeing each other.'”

Jun Hyun Moo asked if the couple had been fighting, and Narsha said that they hadn’t been at all. “That’s why I thought it was a hidden camera prank,” she said.

She explained that when she’d then gone up on stage to sing their ballad, her mind had been totally blank and she sang the wrong lyrics at one point. 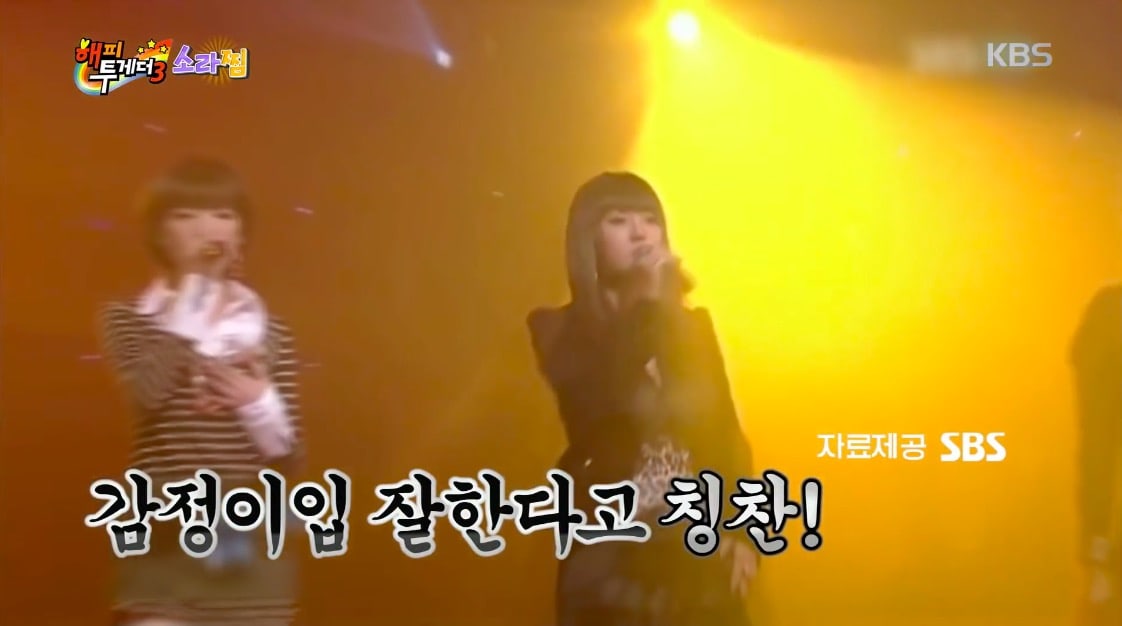 “When I got off stage, I went into the bathroom on my own and cried,” she said. “My fellow members still think that I just made a mistake and sang the wrong lyrics.”

“The problem is that I still don’t know why he broke up with me,” she added, explaining that she’d been too hurt to call him and insist on an explanation.

Narsha debuted with Brown Eyed Girls in 2006, and tied the knot with her non-celebrity husband in 2016.

Brown Eyed Girls
Happy Together
Narsha
How does this article make you feel?