Shin Hye Sun plays the role of Woo Seo Ri, a woman who fell into a coma when she was 17 and woke up 13 years later, while Yang Se Jong will take on the role of Gong Woo Jin, a man who decided to cut himself off from the rest of the world when he was 17 because of the trauma he endured. Ahn Hyo Seop will be 19-year-old Yoo Chan, a warm high schooler who becomes somewhat of a guardian for both Woo Seo Ri and Gong Woo Jin.

The first poster shows Shin Hye Sun smiling brightly as she leans on Yang Se Jong, who seems to have something on his mind. The tagline on their posters reads, “She finds being 30 unfamiliar and he finds the whole world unfamiliar.” That line perfectly sums up the perspective both characters have about the world around them. 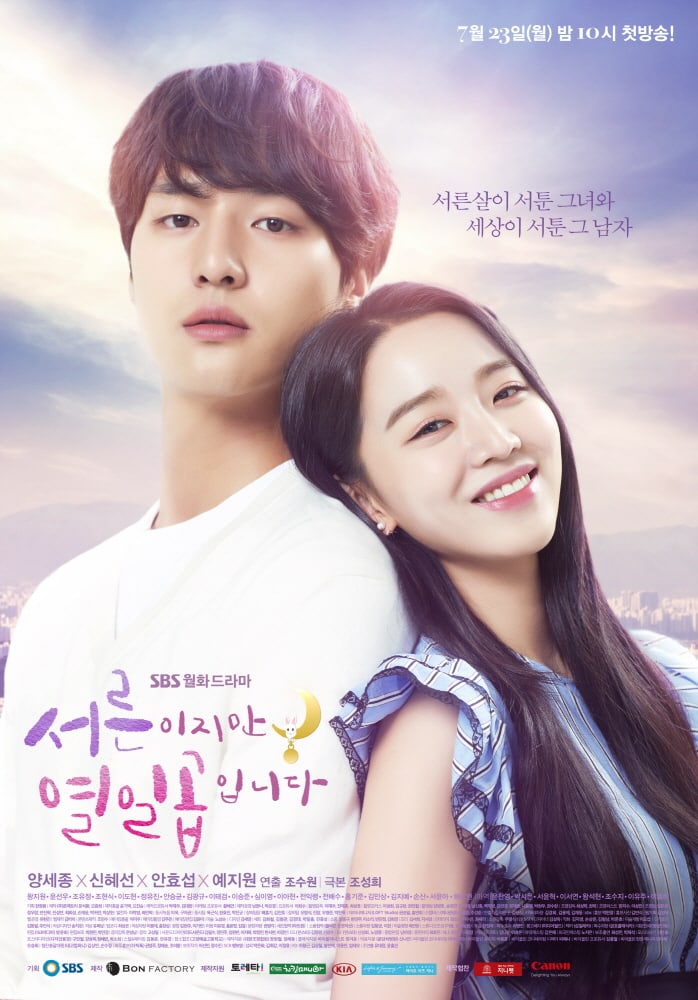 The other poster includes Ahn Hyo Seop as well, who can be seen leaning towards the other two. He reaches out to touch Shin Hye Sun but Yang Se Jong brings a finger up, as if to warn him. It draws intrigue to what the relationship will be like between the three characters the actors portray.

“30 but 17” will be a romantic comedy that follows the story of Seo Woo Ri and Gong Woo Jin as they attempt to navigate an unfamiliar world around them. As the follow-up drama to SBS’s “Wok of Love,” it will premiere on July 23 and will also be available on Viki!

Catch the latest trailer for the show below!