Wanna One recently shed light on heart disease and made a meaningful donation to help those in need!

On July 20, Wanna One donated 100 million won (approximately $88,210) to the Korea Heart Foundation to help patients with heart disease.

Every album, Wanna One has been participating in philanthropic activities as a way to express their gratitude for the love and interest they have received from the public and fans. For their latest special album “1÷χ=1 (UNDIVIDED),” it had been announced previously that they would be participating in a campaign with the Korea Heart Foundation. 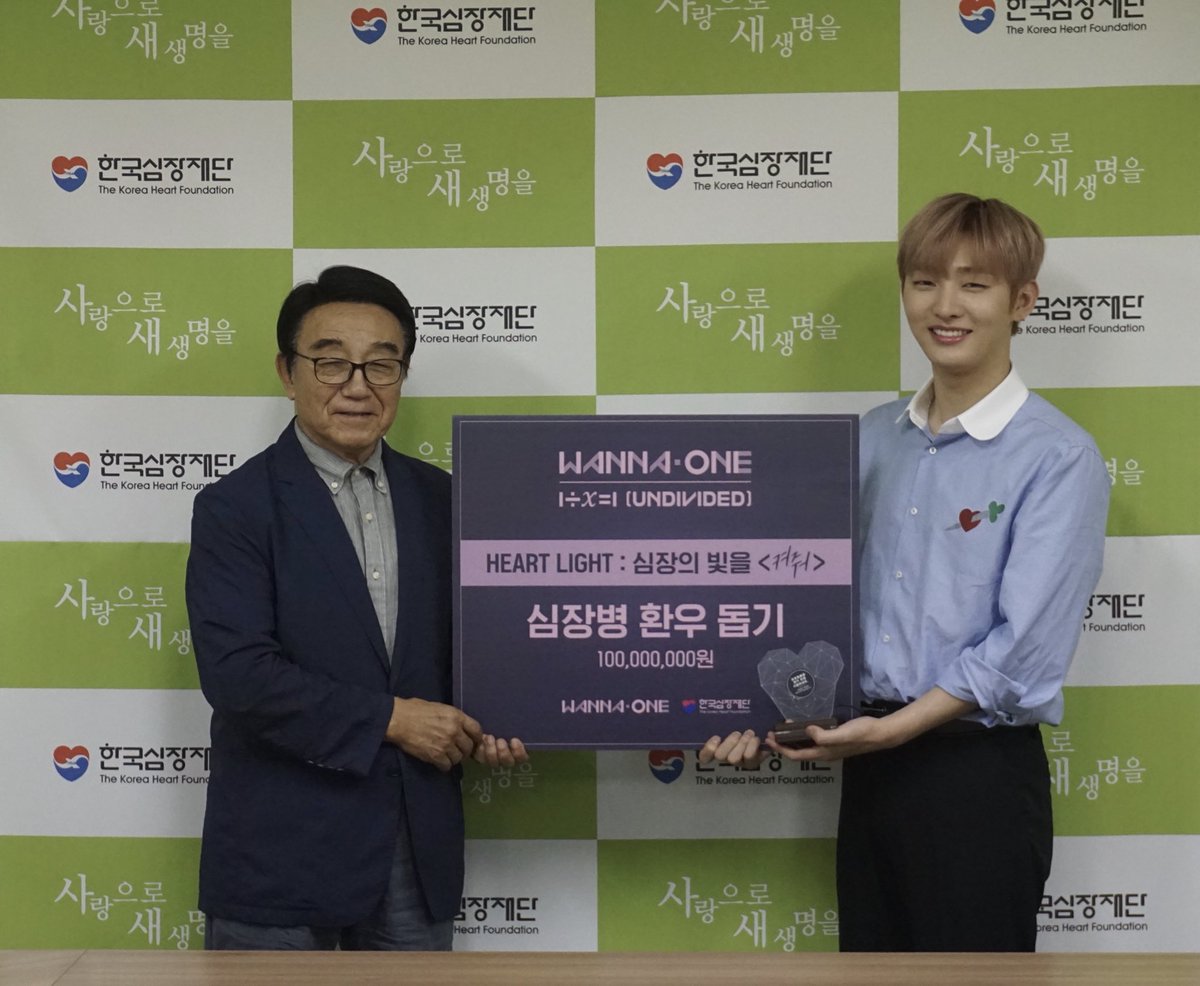 Starting from leader Yoon Ji Sung’s idea of, “Wanting to create music that shows our hearts and tugs at heartstrings,” the members all gave their ideas to create their “Heart Light: Turn on the ‘Light’ of the Heart” campaign, with incorporated parts of their choreography to gain interest from the public and fans. Not only did they raise awareness of heart disease, but they also collected warm messages of hope for those who are struggling with it.

Wanna One’s donation will be able to help approximately 30 patients and they stated, “This campaign began with all of the members’ ideas and hopes, and we believe it was more meaningful as many people gave the campaign their interest and warm affection. We hope that our donation can be of help to those in need.”

Jo Beom Goo, the head of the Korea Heart Foundation, stated, “We are sincerely grateful to Wanna One for not only holding a campaign for heart disease, but for also making such a meaningful donation. We believe that the warm messages collected throughout the campaign will be of great help to patients, and we will be using the donations to help heart disease patients who are facing financial difficulties.”