“Produce 48” contestants faced a new challenge on the July 20 broadcast of the show, with a surprise change in rankings based on online votes!

For the new position battle, contestants chose either a vocal and rap track (combined into a single position unlike previous seasons) or a dance track, with each song having a capped number of performers. Vocalists had to arrange their parts themselves, rappers created their own lyrics, and dancers needed to choreograph their own piece.

The person who received the most votes within each team would be awarded 5,000 extra votes, while the two people who were first overall for each of the two positions would be given an extra 100,000 points.

Soyou also explained that only the top 30 contestants would move on after the next elimination, and No. 31 to No. 57 would no longer be able to continue.

The show revealed a few of the current rankings of contestants based on online votes as of 10 p.m. KST on July 20.

Yabuki Nako and Jang Won Young are currently the frontrunners, although it was not revealed who exactly was in first place. Heo Yun Jin in No. 10, Honda Hitomi is No. 11, Wang Yi Ren is No. 12, and Park Hae Yoon is currently No. 30. 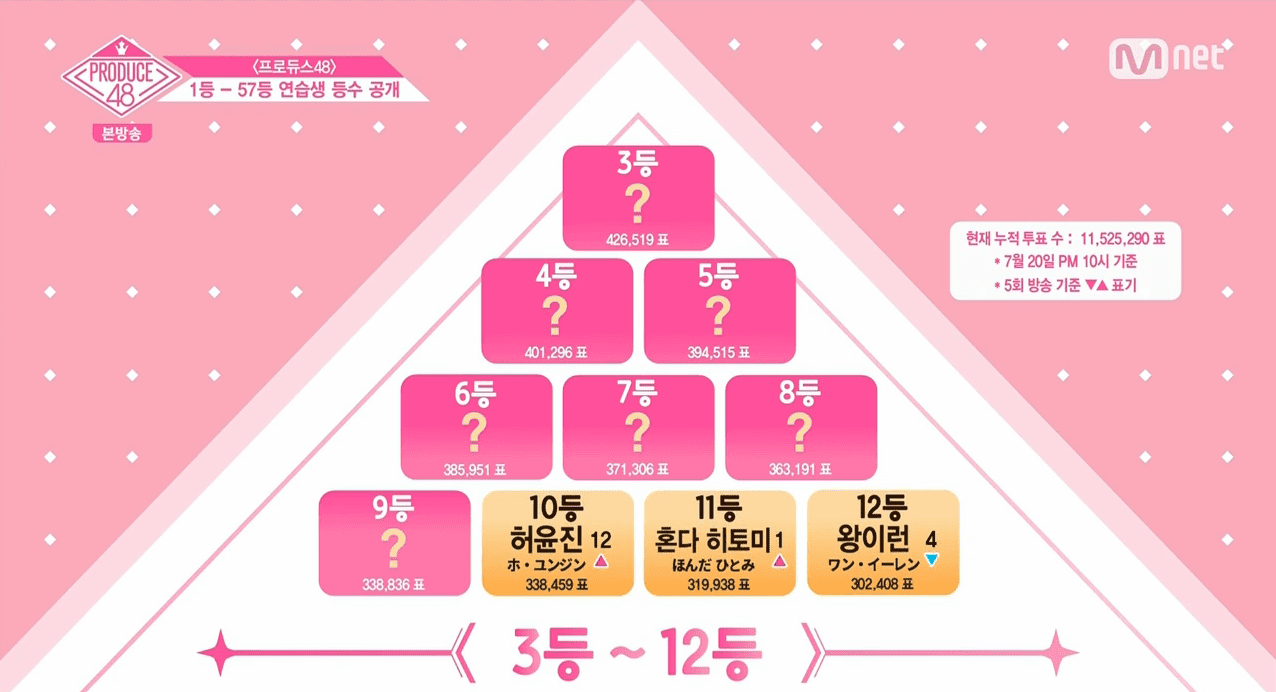 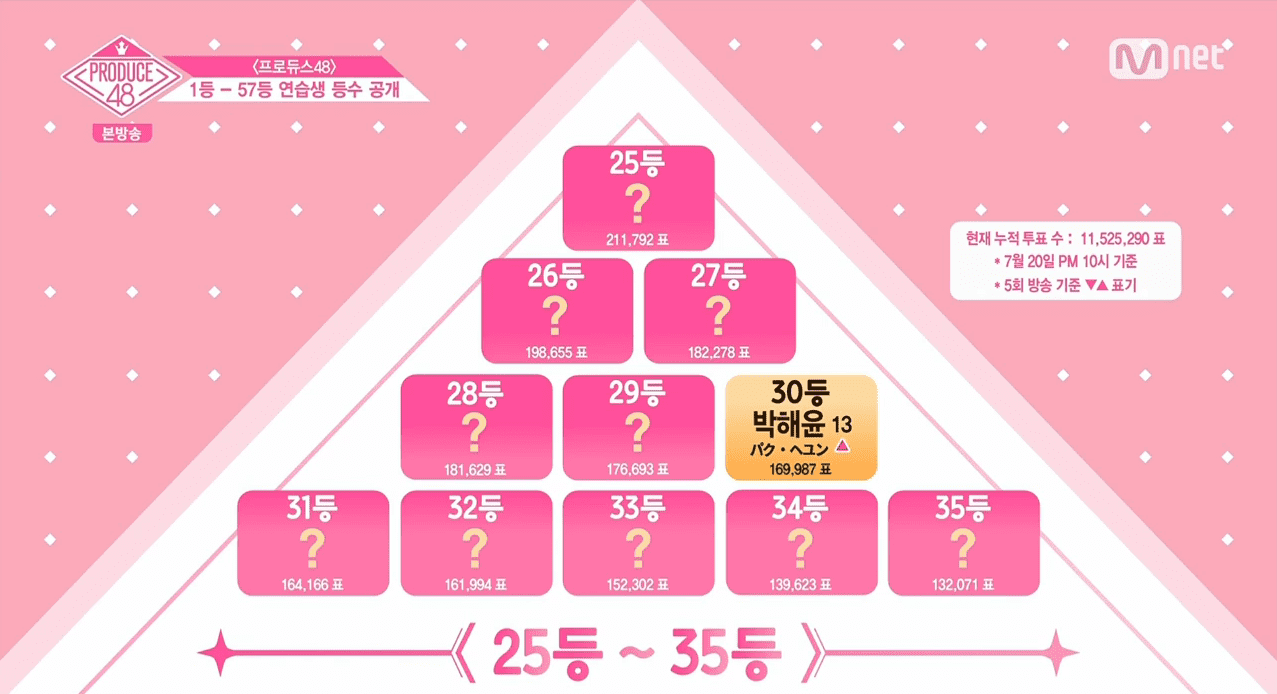 Five out of the 11 teams performed during the July 20 episode. Check them out below and find out who garnered the most votes in each team!

Ariana Grande’s “Side to Side” (Dance)

Who is your favorite “Produce 48” contestant? Let us know through our prediction poll for international fans!