MAMAMOO’s Hwasa delighted viewers with a return appearance on MBC’s “I Live Alone.”

Hwasa’s first appearance on the show caused a stir after she revealed her carefree lifestyle and held an impromptu eating broadcast of gopchang (small intestines). After the episode aired, there was a high demand for gopchang nationwide and she was given an appreciation plaque by the gopchang association.

On the July 20 broadcast, the cast members were delighted when Hwasa entered the studio. They watched footage together of the day when she went to take her driving test. The idol revealed that the results of her first exam were canceled because she couldn’t take the practical test after completing the writing test.

After finishing the writing test again with ease, she became nervous before the practical test when she heard many people failed before her.

Hwasa was also unable to pass the driving test and came home in a somber mood. She changed into more comfortable clothes and got soy sauce marinated crabs delivered to her home to console herself.

She ate the crabs with rice and side dishes in happiness, and topped it all off with a glass of beer. The cast members became hungry watching her eating. 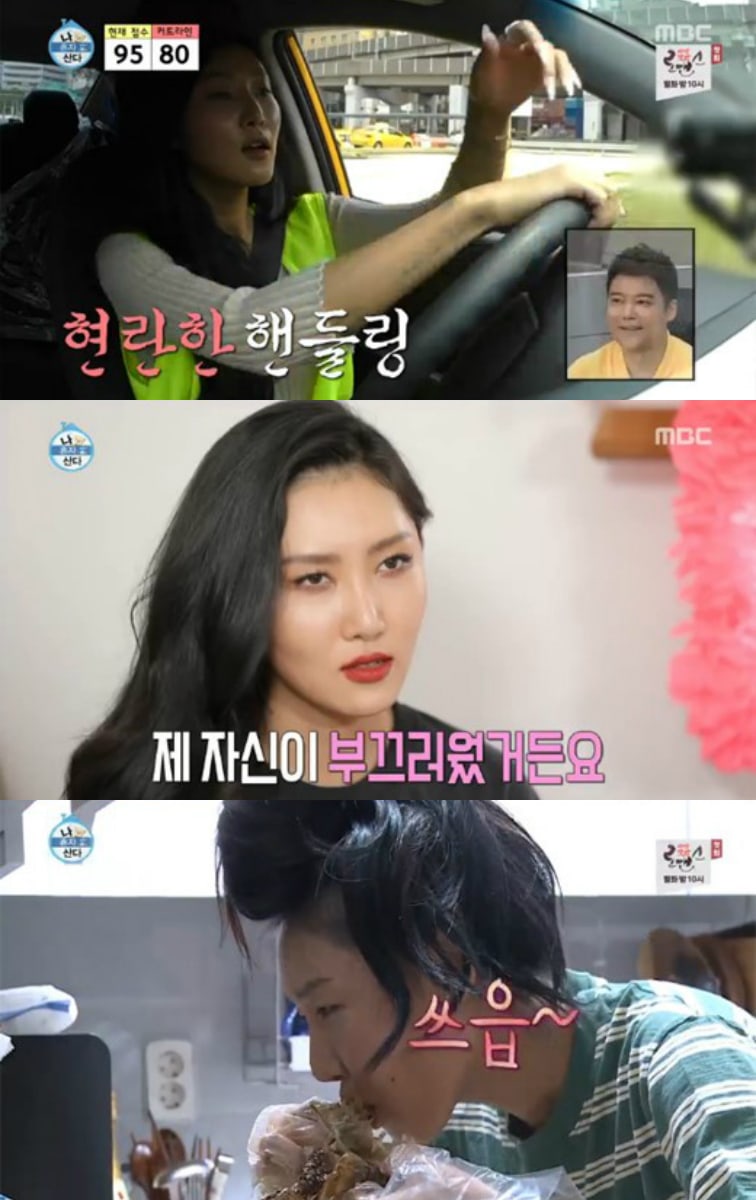