WINNER’s Song Mino worried fans when he appeared with a neck brace during a recent performance.

On July 20, WINNER performed at the water-themed music festival WATERBOMB 2018 in Seoul alongside artists like Tiger JK, Bizzy, Jessi, Hyolyn, and Nucksal.

The group stated, “Song Mino has slightly injured his neck.” Asking for the fans’ understanding, they expressed that they had wanted to go all out, but the rapper’s condition unfortunately relapsed.

Even with his neck brace, Song Mino gave it his all along with the other WINNER members as they performed their hit tracks like “Really Really,” “Island,” and “Everyday.” 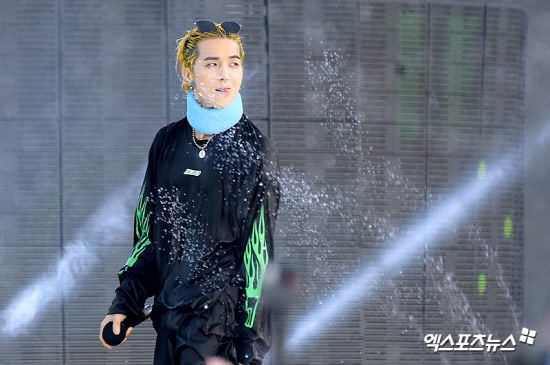 A source from YG Entertainment later explained Song Mino’s condition, saying, “He has been receiving physical treatment for a while because of a herniated disc. He went to the hospital today because it had been improving but relapsed again.”

WINNER
Song Mino
XPN
How does this article make you feel?