The rankings were determined by an analysis of 195,184,191 pieces of big data from June 19 to July 20 on 445 boy group members in the sections of consumer participation, media coverage, communication, and community awareness.

A source from the institute revealed that the the most popular keywords associated with Kang Daniel this month included “fashion,” “airport,” and “Wanna One.” A positivity-negativity analysis showed that the idol’s score was 85.1 percent positive reactions.

Check out the top 30 rankings below! 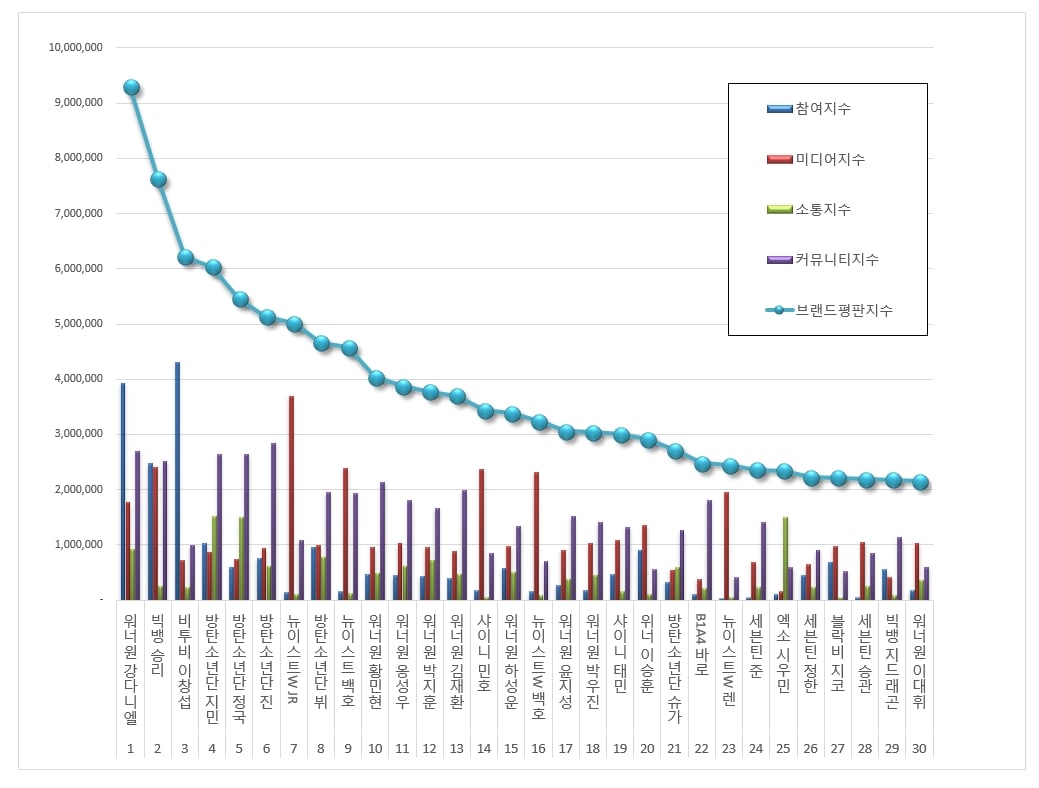