In the released photos, Lee Si Young steals the spotlight with her bright, enthusiastic smile as she enters the hospital to unite with Ji Hyun Woo and Kim Jin Yeop. While Ji Hyun Woo seems less than thrilled to see her as he stares at her with an expression of disbelief, Kim Jin Yeop welcomes her wholeheartedly and even shares a friendly conversation with her. Ji Hyun Woo adds laughter to the comical scene with his annoyed expression as the other two characters share a warm moment together. 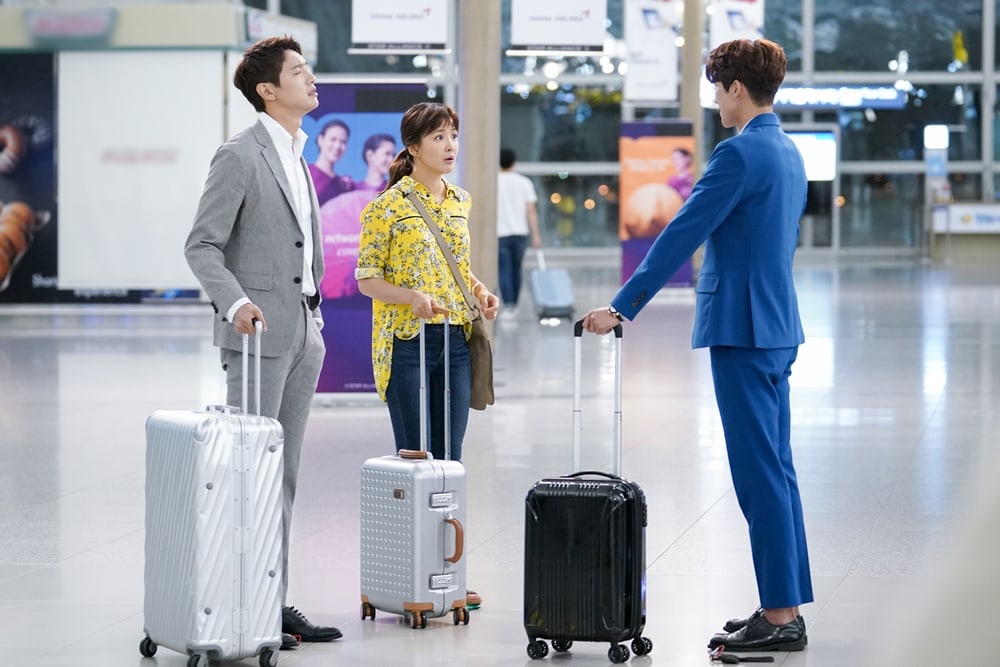 In one of the photos, Ji Hyun Woo and Lee Si Young are facing each other with a cold atmosphere around them, making viewers wonder what made her look so upset. The stills pique curiosity among viewers that make them look forward to what kind of meeting these three people will create. 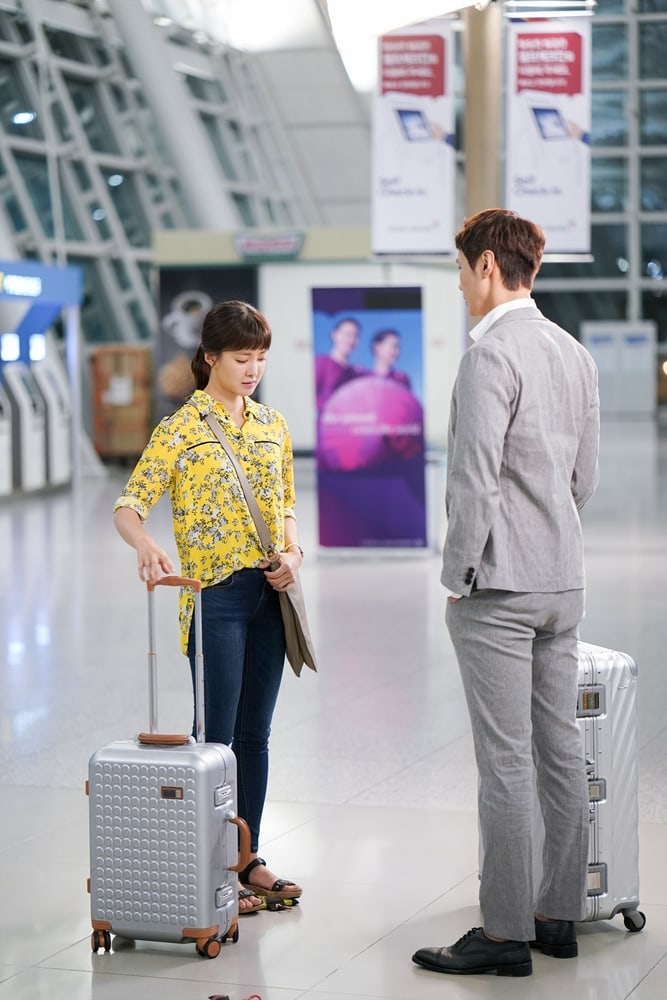 The production crew stated, “Seung Joo, In Ah, and Jae Hwan will have a surprise meeting at the airport. This is an important scene that will be a signal of the the start of their relationship. Clues of their relationship will be revealed, so please keep an eye on them with interest and affection.”

The first episode of “Risky Romance” will air on July 23 at 10 p.m. KST and will be available on Viki.