3 Reasons Why “Your House Helper” Is A Healing Drama

KBS’s Wednesday-Thursday drama “Your House Helper” has been giving viewers a moment to heal. The topics dealt with in the drama are commonplace, but that also makes the stories relatable. Here are three things that make “Your House Helper” a healing drama for viewers.

1. Realistic and relatable characters with no antagonists

Im Da Young (WJSN’s Bona) would choose to work, even if she was so sick that she was about to collapse. Kim Ji Woon (Ha Seok Jin) said, “Why do you live such a hard life,” and found it hard to understand her. However, after finding out why she has no choice but to keep working, viewers couldn’t help but support her. Da Young just wanted to protect the house that her deceased father built, and she had to work hard in order to secure her job.

There are no antagonists in “Your House Helper.” Instead, there are characters who are realistic and relatable like Da Young. It is because viewers find a part of themselves in the characters that they are more inclined to show their support. Like when Da Young gets a call and successfully films her advertisement, and when Yoon Sang Ah (Go Won Hee) find Kwon Jin Gook (Lee Ji Hoon), who loved her just the way she was. Watching relatable characters finding happiness in their lives is a way the drama heals viewers. 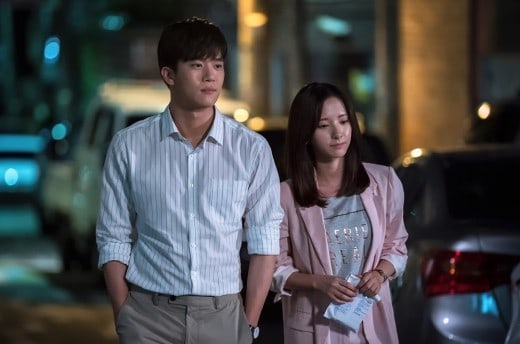 House helper Ji Woon, also called Teacher Kim, shares cleaning tips that are not only useful for household chores, but it also cleanses the dust out of people’s hearts. Not only does he share professional information, like on how to remove mold, but he shines more when giving advice on ways to clear one’s mind. When talking to Da Young about her inability to throw things away, he said, “Leave the memories but throw out the items,” and decided to leave memories of the items by taking photos of them. And then the items were stored in boxes with a promise to be thrown away if they aren’t used in a given period of time.

Like this, Ji Woon shares advice that is catered to each individual person’s needs. He found a way to help Da Young, who values her memories very deeply. And just watching Ji Woon clean up and sort things away is itself a healing sight to see. Watching him tackle the bathroom or clearing out a fridge gives viewers the courage to start cleaning up in their own lives. 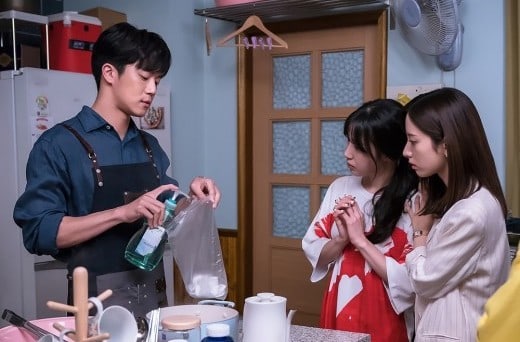 Ji Woon believes that airing out a room is the first step in cleaning. Even just opening a window and letting clear air in changes the atmosphere of the room. Small actions are able to change a house, and that is the same from people as well. Ji Woon was the one who helped Sang Ah leave the house of her boyfriend, who was no longer in love with her. Cleaning up the house also cleaned up her mind, making it possible for her to leave.

Cleaning and sorting things brings a person more power than expected. Da Young, Sang Ah, and Han So Mi (Seo Eun Ah) met again as housemates, and Ji Woon had a sincere smile on his face when it happened as he was the one who made it possible. This may not have happened with they had been living in messy houses with messy lives. It’s not that everything suddenly becomes okay because one opens a window and starts cleaning. But it does bring energy to one’s life and clears one’s mind a little. 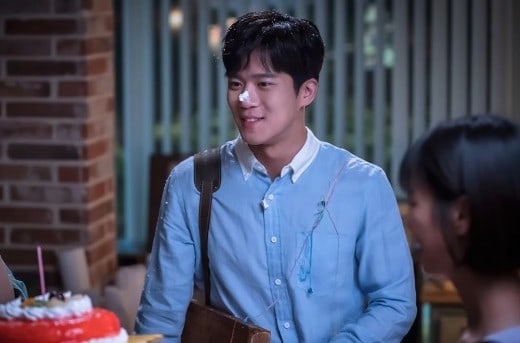 “Your House Helper” airs every Wednesday and Thursday at 10 p.m. KST.

Your House Helper
How does this article make you feel?