Hollywood actors Tom Cruise, Henry Cavill, and Simon Pegg posed with their name tags on the set of the show, thrilling the cast, crew, and anticipating viewers. The actors, who saw the name tags written in Korean, expressed their satisfaction with bright smiles and amazed expressions.

The atmosphere of the filming set was warm and friendly, and the “Running Man” members and “Mission: Impossible” team had a great time together despite the fact that the cast was on a tight schedule. 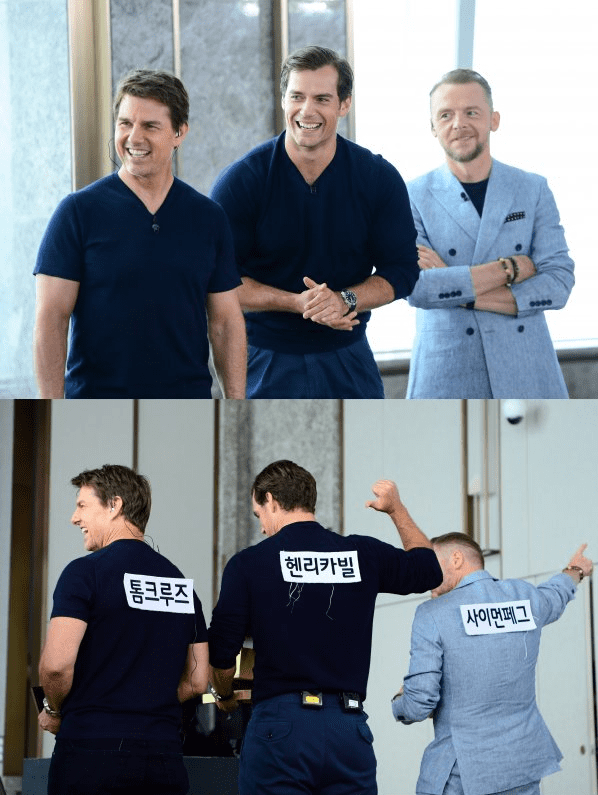 You can check out the “Running Man” episode with the “Mission Impossible” cast on July 22 at 4:50 p.m. KST.

Meanwhile, catch up to the latest episode below: