The released stills show an awkward and shocking moment between the two characters. Shin Hye Sun stares at Yang Se Jong with wide eyes and gaping mouth, and Yang Se Jong looks stiff and angry as he glares coldly at her. Her fist is tightly clenched, as if she urgently wants to say something to him.

In another photo, Shin Hye Sun can be seen giving Yang Se Jong a back hug. Despite the romantic notions of a back hug, Yang Se Jong looks anything but happy as he stands there in a rigid stance with his head lowered. Viewers who catch the fact that Shin Hye Sun may be wrapping her pink cardigan around his waist instead of giving him a loving embrace are curious about what happened in the scene. 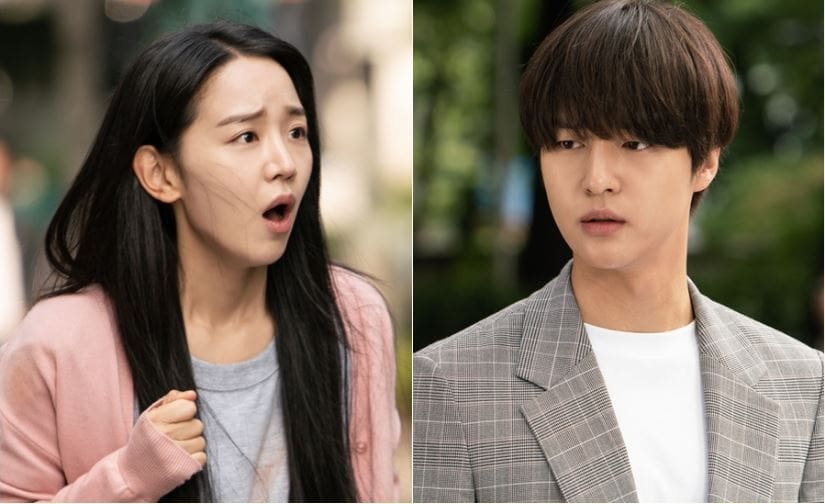 The production crew stated, “Seo Ri and Woo Jin have totally different personalities. The story that starts with the meeting of Seo Ri, who has the innocence of a 17-year-old, and Woo Jin, who closed his heart to the world, will bring laughter to the viewers. Finally, their story will begin tomorrow [July 23].”

As the follow-up drama to SBS’s “Wok of Love,” it will premiere on July 23 and will also be available on Viki!

Check out the latest trailer below!