gugudan’s Kim Sejeong opened up about a fear she has struggled with.

During the episode of tvN’s “Galileo: Awakened Universe” that aired on July 22, Kim Sejeong was doing the dishes with Attila, a crew member of the Mars Desert Research Station (MDRS), when she began to open up about herself.

She stated, “I always rush myself because I’m thinking in my head, ‘Hurry, hurry,’ so I end up making mistakes. I try to tell myself to take my time, but it doesn’t work out.” Attila listened carefully to watch Kim Sejeong was saying and replied, “Most of the time, you probably are doing the right thing. You are not wrong.” 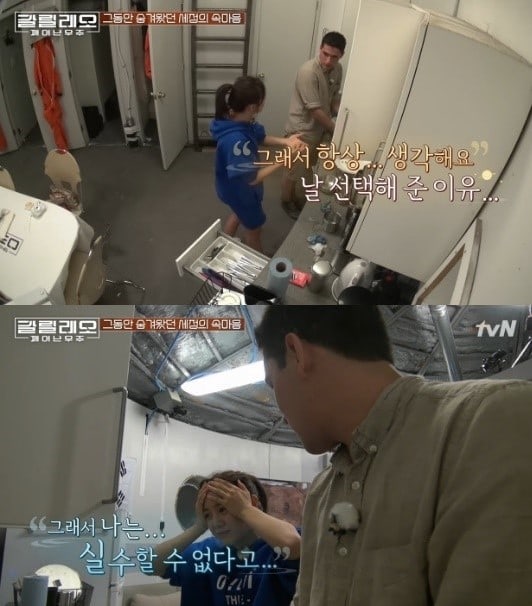 Kim Sejeong went on to explain, “I was able to become a singer because I was chosen by many people through ‘Produce 101.’ I always think in my head that they chose me for a reason, so I can’t make mistakes.” She had been struggling with the fear of making mistakes because she didn’t want to let down the people who had voted for her and helped make her dreams come true as she was able to debut as a member of project group I.O.I.

Hearing this, Attila said, “MDRS was made to make mistakes. If you don’t make mistakes and everything is perfect, you won’t learn anything. In order to learn, you have to make mistakes.” Kim Sejeong was comforted by the new perspective and they happily finished the dishes together.

gugudan
Kim Sejeong
Galileo: Awakened Universe
How does this article make you feel?