Brought to you by director Lee Sang Yeob of “Shopping King Louie” and writer Yang Hee Seung of “Weightlifting Fairy Kim Bok Joo,” it’s safe to say that “Familiar Wife” is this Summer’s most anticipated drama.

Set to air on August 1, the drama stars Ji Sung and Han Ji Min, who respectively play the roles of Cha Joo Hyuk and Seo Woo Jin, a typical married couple whose lives suddenly change because of one critical decision.

A handful of romance and comedy as well as a pinch of suspense are expected to crown the intriguing plot. Albeit being fed with a few teasers, our curiosity about how the story goes is piqued with every reveal. So as we await the premiere, here are five things from “Familiar Wife” that we’re looking forward to! 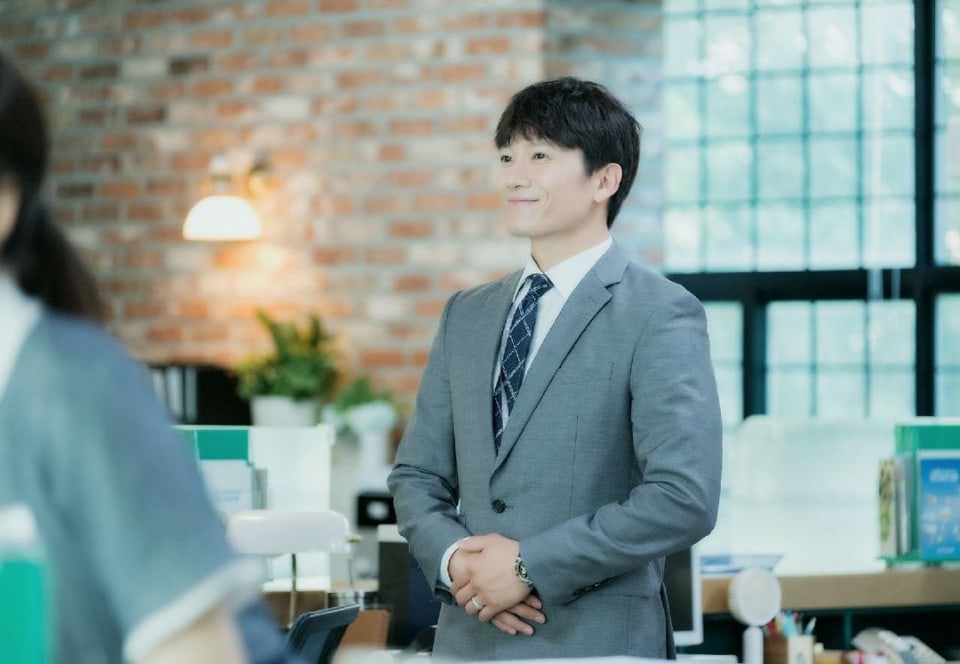 If you’re familiar with Ji Sung’s work, you know that the magnitude of his talent cannot simply be put into words. In fact, he is known to completely adapt to every project he works on to the point of becoming one with the part he plays.

From epic personas to ordinary ones, Ji Sung always puts his own personal touch to his characters. It’s exciting to see him in the role of Cha Joo Hyuk, who is a true depiction of an average male citizen. He’s a naïve husband and bank manager who can’t catch a break at either position.

Ji Sung’s mindblowing ability to wholeheartedly convey any role he takes on is one of many reasons I’m personally looking forward to this drama. His dual portrayal of Cha Joo Hyuk is going to shake up the already puzzling plot, and the anticipation is definitely building our excitement to trail the development of the main character! 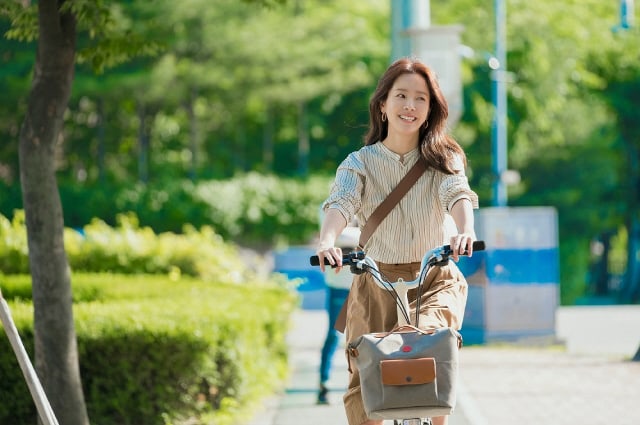 “Familiar Wife” is Han Ji Min’s first drama in three years. Her passion and talent combined can be amply felt through her solid portrayal of Seo Woo Jin, a struggling working mom who tries her best to balance between her busy family and work routines. The bitter reality forces her to give up her lively personality for a more strict temper that dims the vivid sparkle that usually shows in her eyes. She’s seen as a mean wife who doesn’t have much consideration for her loving husband, to the latter’s disappointment.

Seo Woo Jin is witty, charming, and even loud at times, and her unique and volatile attitude is what makes me eager to find out how Han Ji Min is going to use her thorough acting skills in order to successfully bring her character to life. As the role fuses both reality and fantasy with relatable components, it’ll be interesting to see how much we can associate with the elements of the story as viewers. 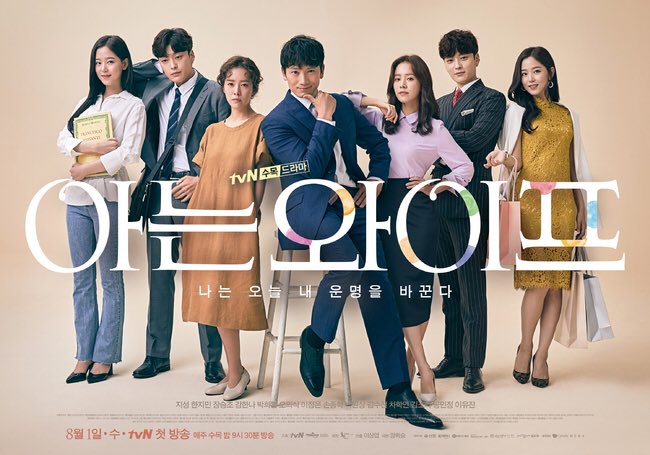 By looking at the poster above, Ji Sung seems to be a central turning point in the lives of Han Ji Min, Jang Seung Jo, and Kang Han Na. Seeing the duality of their characters makes me wonder about the cast’s synergy in both situations, and how their respective stories unfold. 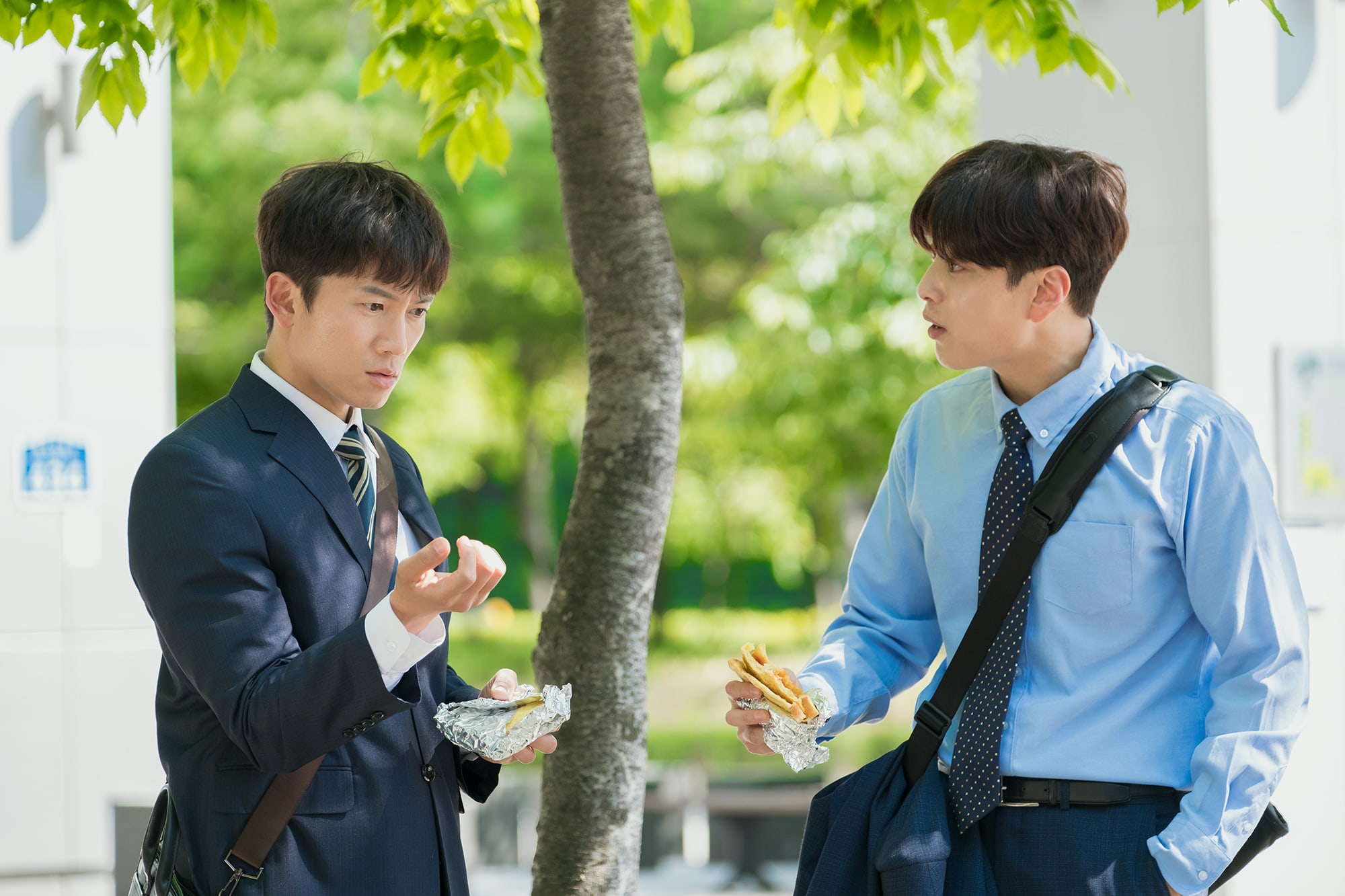 Yoon Jong Hoo’s delightful personality helps counterpart Cha Joo Hyuk’s soulless nature. These two hardworking employees indirectly boast about their entertaining bromance as they stick together through thick and thin during working hours. We have yet to know how his character precisely adds to the story, but I have a feeling he’ll most likely relieve whatever tension is surrounding the drama.

Similarly, little is revealed about Kang Han Na’s character Lee Hye Won, but so far, she is said to be the ideal type of all men. I, for once, am tempted to witness the possibility of a love triangle reveal between her and the main characters, which would definitely spice things up more than they already are!

Situated between the past and the present, “Familiar Wife” depicts how a single choice can completely alter one’s course of life. Based on the “What if” concept, the story follows Cha Joo Hyuk who gets to a point where he asks the fateful question himself.

Because of the constant pressure he finds himself in, between his work and his wife, Cha Joo Hyuk takes a minute to consider the possibility of a “what if” moment that can perhaps bring some peace, which he so desperately lacks, back to his life. The decision he makes instantly puts him and the people around him through an unexpected change of events that restarts their respective lives.

“What if?” is a highly relatable question that each and every one of us find ourselves asking at least once in our lifetime. Although it’s more of a wishful thinking, it’s easy to push our imagination to draw a sketch of the possible aftermath in the case that our wishes could be granted. The fact that this drama is all about this concept is what makes it so appealing.

5. The evolution of the couple’s relationship

Throughout the captivating teasers, Ji Sung’s and Han Ji Min’s characters show an undeniable chemistry. Although the shots are revealed in a random order that look more like a mix of flashbacks and previews, we can still get a sense of how Cha Joo Huk and Seo Woo Jin’s love story came to be, and most importantly, how it started to fall through.

In the beginning of their relationship, Seo Woo Jin is a total sweetheart with a graceful and bubbly personality, while Cha Joo Hyuk is irresistibly in love with his girlfriend. Fast forward to present time, and the couple is having a hard time co-existing under one roof.

Judging from the stills, the main characters go through an inevitable roller coaster of emotions throughout their five years of marriage. I’m definitely excited to see if and how their couple survives the bumpy road in the future, but I’m mostly thrilled about the journey they go on that puts their relationship to the test.

All of the above lets us question what the newly established future holds for Cha Joo Hyuk and Seo Woo Jin’s pairing, and how their lives are affected in the process. Overall, the amazing plot, the incredible cast, and the thrilling suspense surrounding the drama are surely keeping us on our toes, and the more we venture into the narrow but baffling details, the more we’re left with more head-scratching questions. I guess we’ll have to wait for the premiere to air to get the answers we’re so desperately looking for!

What are you looking forward to the most in “Familiar Wife?” Let us know in the comments below!

Currently watching: “What’s Wrong With Secretary Kim“
All-time favorites: “Healer,” “Kill Me, Heal Me,” and “She Was Pretty”
Looking forward to: “Familiar Wife“