“30 But 17” Cast On Their First Impressions Of Each Other, Ratings Promise For The Hot Summer, And More

The cast of SBS’s “30 but 17” talked about each other’s first impressions and filming their drama.

“30 but 17” tells the story of a woman who fell into a coma at 17 years old and wakes up when she’s 30 years old, and a man who wants to live a life cut off from society.

Speaking about his role as a talented member of the rowing team, Ahn Hyo Seop said, “I appear as an athletic genius. I practiced rowing for about a month and a half. My body has to be big like an ace’s, but I’m worried because I lost so much weight while filming.”

The actors also shared their first impressions of one another. On Yang Se Jong, Ye Ji Won said, “I saw him on set but didn’t recognize him because of his costume. He looked like a homeless person. He’s handsome and sexy. He’s a changeable actor.”

Shin Hye Sun then described Ahn Hyo Seop by saying, “I had a lot of expectations for Yoo Chan’s character and I was very pleased after seeing Ahn Hyo Seop.”

On Ye Ji Won, Ahn Hyo Seop commented, “I was really surprised because she looks so young.” Ye Ji Won made the others laugh by replying, “It’s because I haven’t matured.” 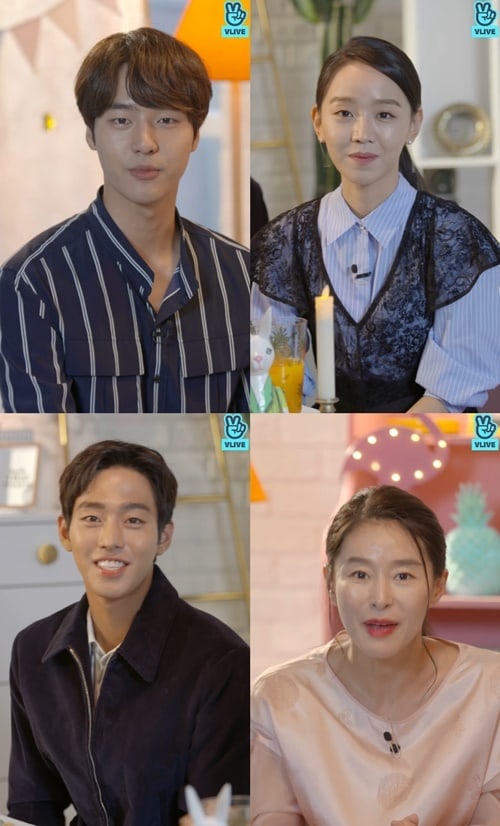 Yang Se Jong talked his decision behind choosing “30 but 17” as his follow-up drama. “It’s a drama that brings healing,” he explained. “The characters are unique and the situations were really funny. I liked this kind of ensemble.”

Shin Hye Sun, who received a lot of love for her acting in “My Golden Life,” talked about feeling pressure for this new drama. She said, “There’s always pressure after starting this job. The job of acting as someone else in itself is always a burden.”

The cast also described their 17-year-old selves in two letters in Korean. Choosing “dance,” Ye Ji Won said, “I was cast thanks to dance. I can do various roles that require using my body such as slapstick.”

Ahn Hyo Seop picked “Korea” then explained, “It was when I immigrated and came back to Korea.”

Shin Hye Sun said the shortened slang for, “What am I going to do?” She explained, “I wanted to act so badly that I looked for a solution and entered a high school for the arts. But it was so hard and I couldn’t act. It was a very confusing time.”

Choosing “ramyun,” Yang Se Jong said, “I really ate a lot of ramyun during the first year of high school. Back then, I didn’t gain weight no matter how much I ate, so I bought and ate five bags.”

The cast also shared their viewership ratings promises. Yang Se Jong said, “The heat wave is so severe and it’s so hot, so I thought about firefighters. If we get good viewership ratings, I want to visit a fire station and give out cool drinks and food.” 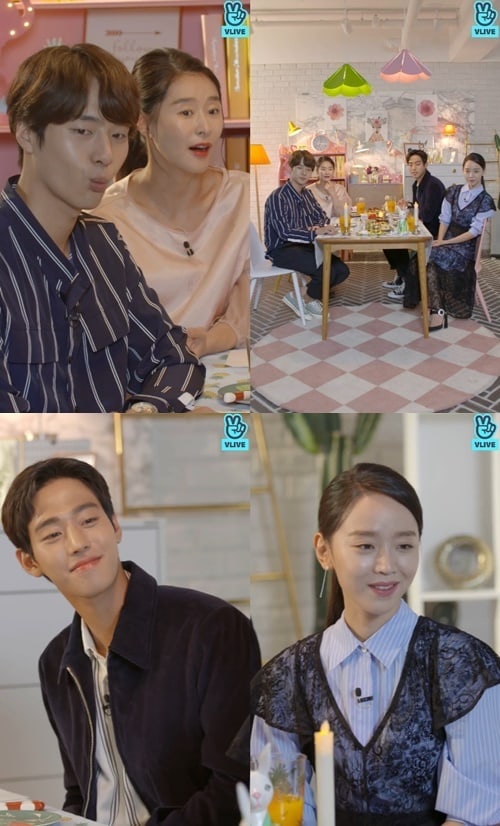 Speaking about the difficulties of comedy acting, Ye Ji Won explained, “I’m an actress who concentrates on the script. I try to focus on the situation. In a comedy, it’s important what kind of actor you’re working with, so I’m even more excited.”

Shin Hye Sun revealed the innocent sides of her male co-stars. “Before filming, Yang Se Jong memorizes something like a spell by himself,” she said. “He says to himself, ‘Se Jong you can do it. Se Jong. Se Jong.'”

She continued, “Hyo Seop sweats a lot. Sweating a lot is not something to be sorry for, but when we stop filming, he wipes his sweat and apologizes. That side of him is childlike.” Ye Ji Won also added, “He’s someone who habitually says sorry.”