July 23, at the press conference for JTBC’s upcoming Monday-Tuesday drama “Life,” Lee Dong Wook talked about why he chose the drama for his small screen comeback.

When asked if he chose ‘Life’ because he wanted to change the romantic image that fans have of him, Lee Dong Wook said, “I’m not sure if they want me to do romance, but wanting to break that image isn’t why I chose this drama.”

In fact, Lee Dong Wook likes acting in romances, but he wanted something different from his most recent drama, “Goblin.” He said, “For my previous work, ‘Goblin,’ there was passionate love and a lot of fantastical elements. I was looking for something completely different, so I chose ‘Life.’” 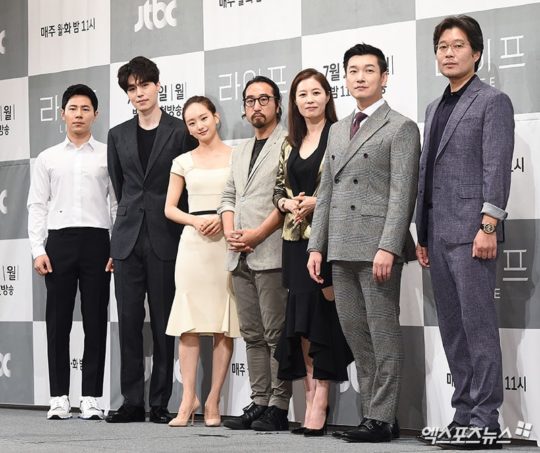