Child actor Wang Suk Hyun is all grown up now!

The 16-year-old actor recently returned to acting by making a surprise cameo in the first episode of SBS’s new drama “30 But 17.” He took the role of a high school boy named Yoon Sun Woo who has the biggest crush on the lead character Woo Seo Ri (older version played by Shin Hye Sun).

In the scene, he held out a bouquet of flowers to her and boldly declared, “Ich Liebe Dich. [I love you]. Let’s get married.” Then he was scolded by the teacher for his confession and even got reprimanded for wearing a long belt. His witty response was an awkward dance along with his poor excuse, saying, “This is hip hop style!” 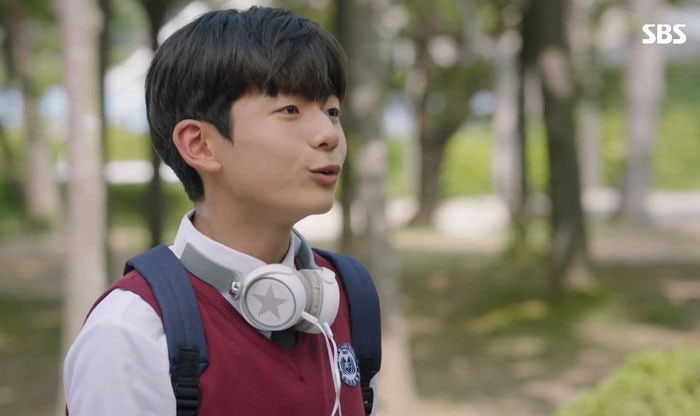 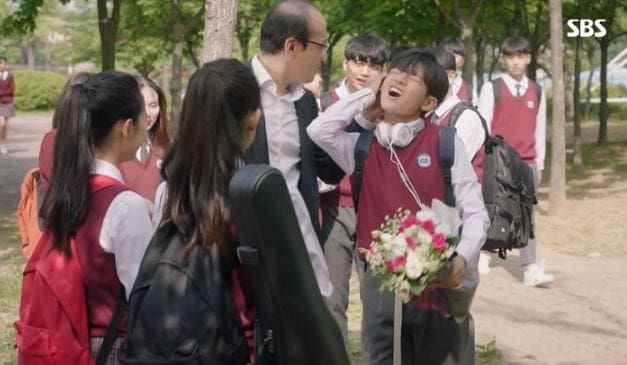 Wang Suk Hyun became a star after appearing in the 2008 hit film “Scandal Makers.” After acting in the drama “Can’t Live Without You” in 2012, he stopped appearing on TV, but he appeared in tvN’s variety show “Leaving the Nest 3” this past April.

Did you recognize him in the drama? Watch him in the first episode below!

Wang Suk Hyun
30 but 17
How does this article make you feel?