In the new Wednesday-Thursday drama, Yoon Shi Yoon artfully captures a pair of twins with opposite personalities and lifestyles. The actor will play both Han Kang Ho, a convicted criminal and repeat offender who lives his life on the wrong side of the law, and the respectable judge Han Soo Ho, who does everything by the book. When Han Soo Ho mysteriously goes missing, his delinquent brother ends up taking his place and pretending to be a judge.

After releasing several stills of Yoon Shi Yoon playing the role of the disreputable Han Kang Ho earlier this month, the drama has now revealed photos of the actor in character as judge Han Soo Ho. Dressed in judicial robes, Yoon Shi Yoon looks sharp and somber as he coldly stares out at the courtroom before him. 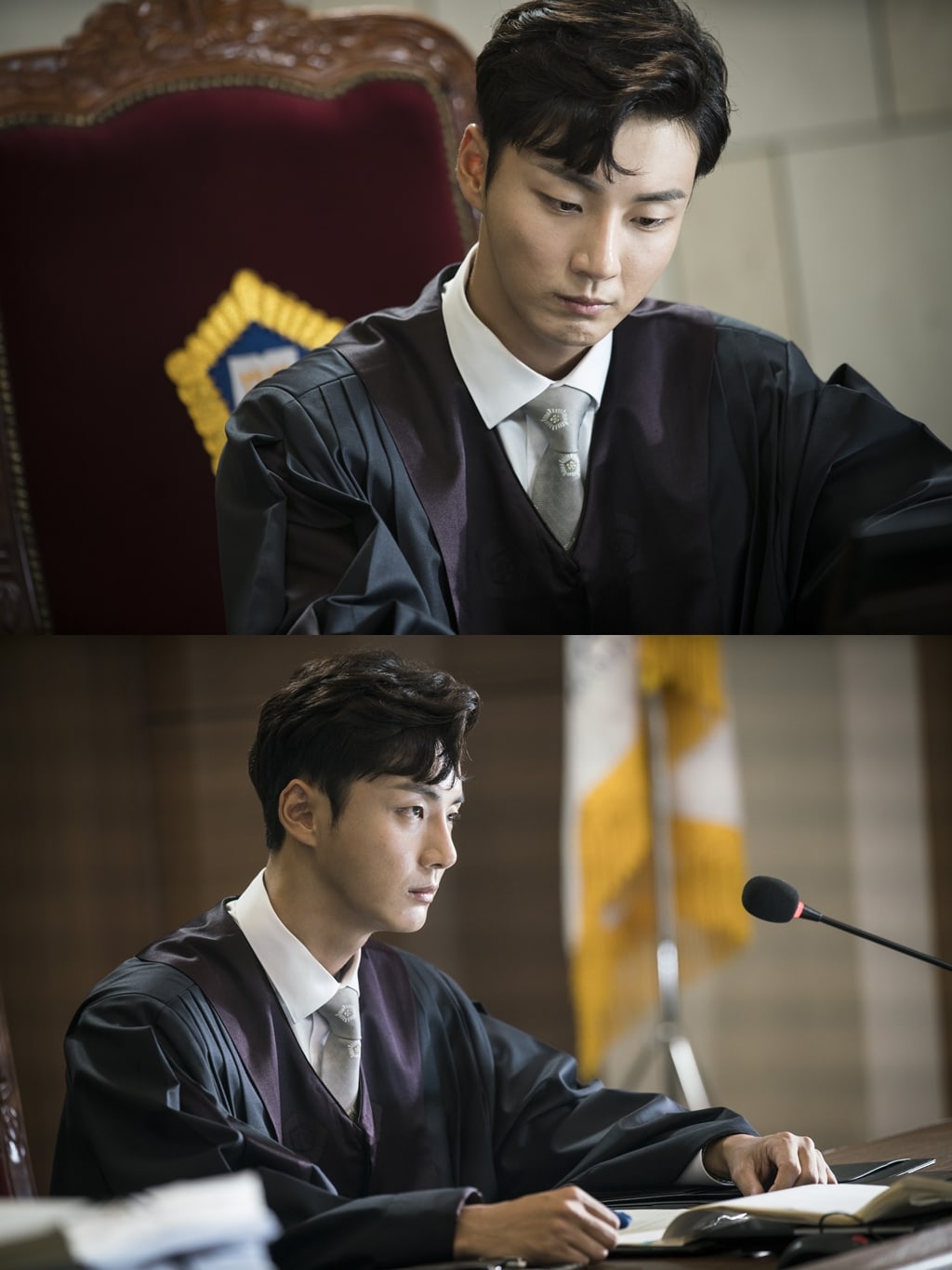 “Your Honor” premieres on July 25 at 10 p.m. KST and will be available with English subtitles on Viki.

In the meantime, check out the latest trailer for the drama here!