Watch: Park Seo Joon, Park Min Young, And Jung Yu Mi Have A Blast Behind The Scenes Of “What’s Wrong With Secretary Kim”

tvN has shared a new behind-the-scenes video for “What’s Wrong with Secretary Kim”! It features glimpses of the filming of romantic scenes between the leads Park Seo Joon and Park Min Young, as well as Jung Yu Mi’s cameo!

In the video, Park Seo Joon and Park Min Young were first filming the scene where he gives her a hug from the back, leading to their co-workers finding out that they’re really dating when they catch a glimpse through his office window. After they’ve filmed the scene, the two actors laughed as Park Seo Joon said his lines about how there’s nothing they can do because they’ve been caught. 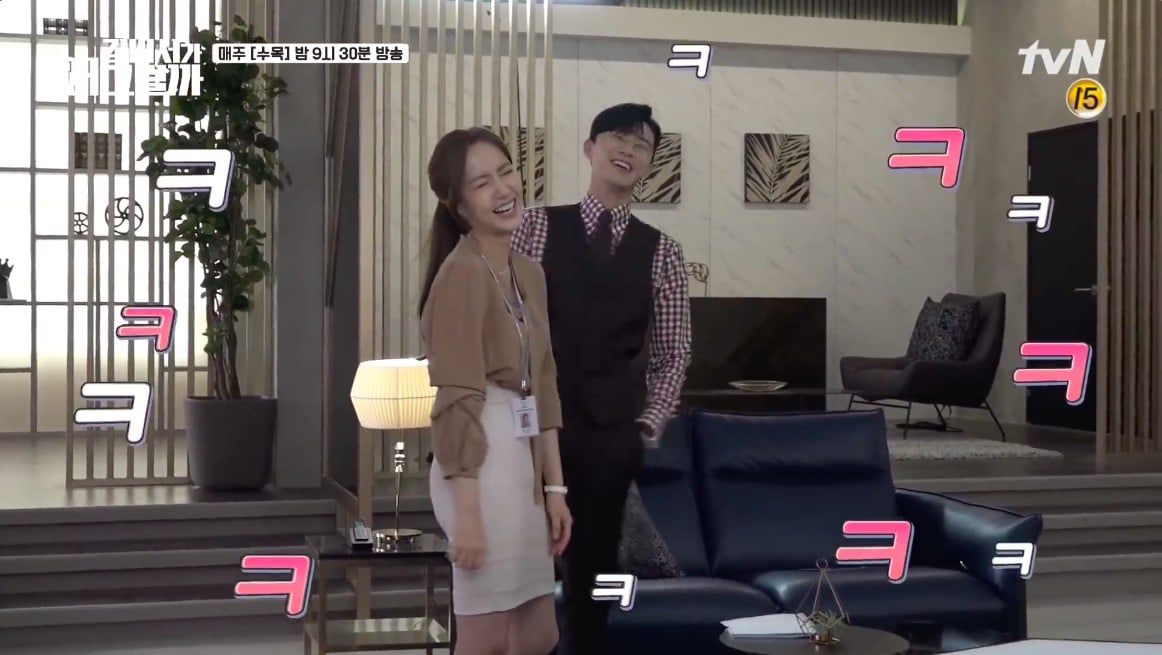 Park Min Young then adorably had a good time pointing the remote control dramatically at the window, and doing a little dance on set.

Park Seo Joon’s friend Jung Yu Mi from “Youn’s Kitchen 2” made a fun cameo in the show as a longtime friend of his character Lee Young Joon. The clip shows how Jung Yu Mi greeted him during their reunion scene, but ended up standing outside of the camera frame. Park Seo Joon gestured slightly with his hand to get her to shift over a bit, and they all burst out laughing.

“I’m becoming like this bit by bit!” he told her as they all laughed. When she did her impression of his famous “Aura!” line, they all couldn’t help but crack up again. “What should I do?” she asked him, and he replied, “You have to endure it!” 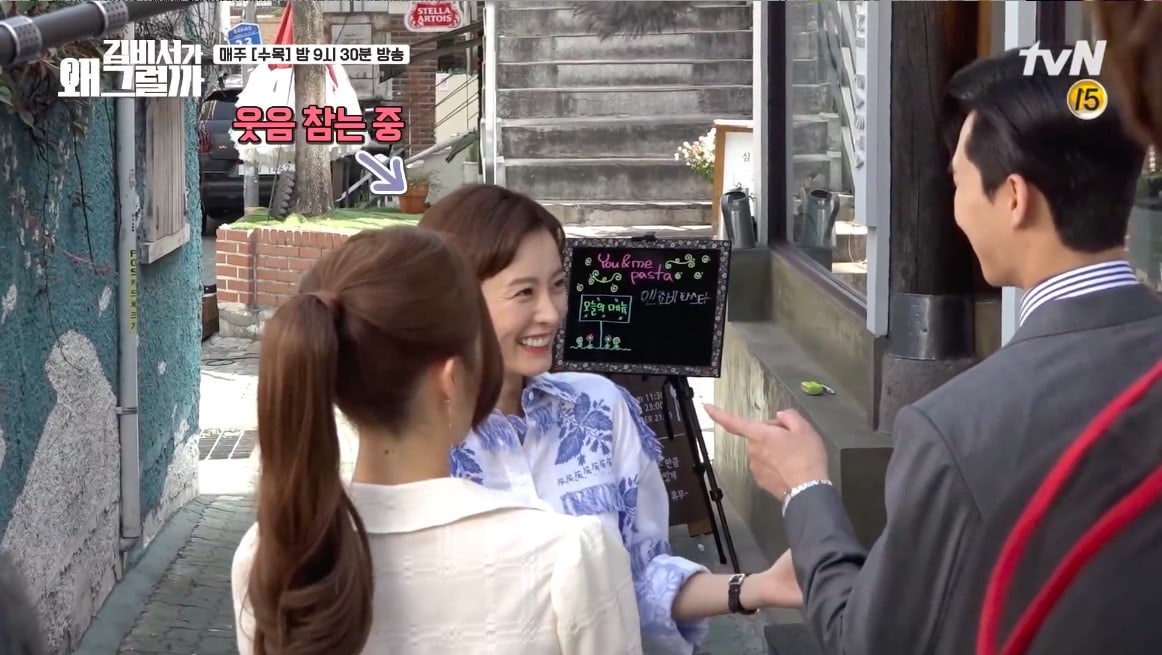 In another scene, Jung Yu Mi’s character got Lee Young Joon to open a jar for her, making Kim Mi So (Park Min Young) jealous and angry. When he opened it in the behind-the-scenes video, Jung Yu Mi held it to her nose and took a sniff. She then encouraged Park Seo Joon to smell it as well, but the cast and crew laughed when he right away said, “It smells terrible!” 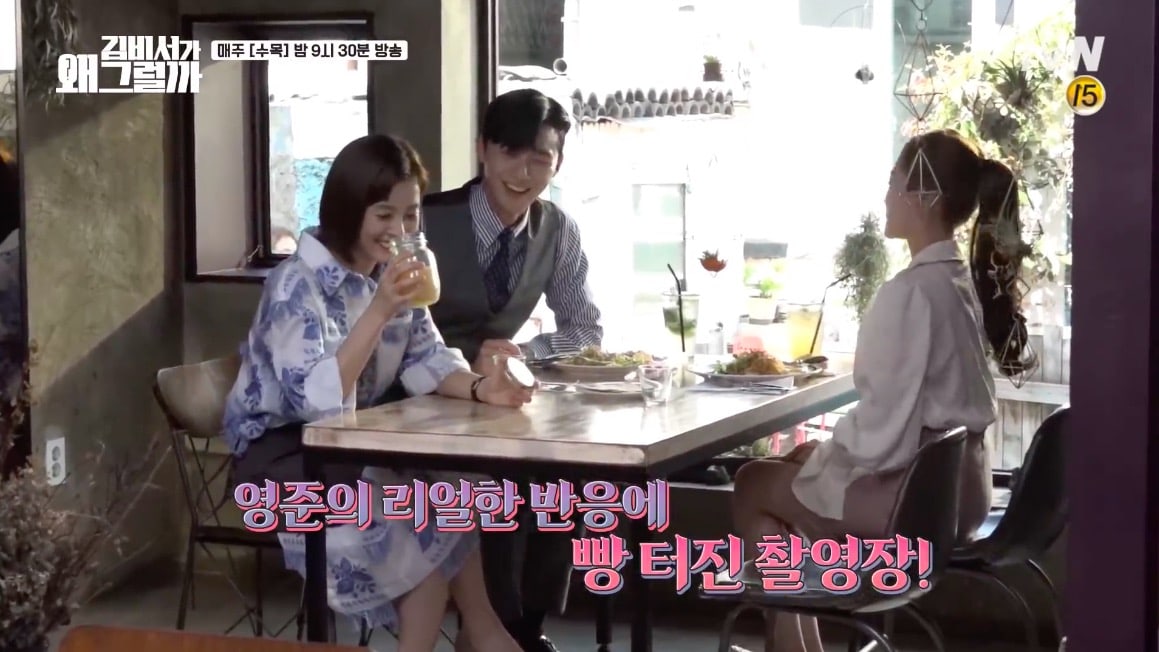 When Lee Young Joon accused Kim Mi So of being jealous, Kim Mi So immediately denied it but then ate her pasta quickly. In the filming video, Park Seo Joon said to her while watching this, “Slow down.”

The clip also shows the scene where Kim Mi So and Lee Young Joon go up to her apartment and talk about how they’ll make ramen for dinner. “If I put rice cakes in, it becomes rice cake ramen, and if I put cheese in it, it becomes cheese ramen,” she said. In the behind-the-scenes video, she immediately added, “I’ll go again. That sounded like a commercial!”

“What’s Wrong with Secretary Kim” airs on Wednesdays and Thursdays at 9:30 p.m. KST on tvN. Check out the first episode below!