tvN’s “Familiar Wife” has released a behind-the-scenes video of the cast!

“Familiar Wife” is a fantasy romance drama that will explore the “what ifs” of life after the future of an ordinary couple changes due to one decision.

On July 24, the drama gave viewers a look at the cast filming on set.

Han Ji Min, who appears as Seo Woo Jin in the drama, said, “Since I was comfortable from the beginning, it felt like [my character] was someone I knew for a long time, and I could immerse myself in Woo Jin quickly. I think I filmed the first day of filming without it feeling like so.”

She had fun laughing with Ji Sung and the staff members, and even danced on set.

Ji Sung portrays Seo Woo Jin’s on-screen husband Cha Joo Hyuk. He said, “All of the actors and staff of ‘Familiar Wife’ are all bright and friendly. The atmosphere is really good.”

He filmed a scene where his character showed his cold personality, but laughed when he ran into the camera to the left of him.

Han Ji Min added, “I think teamwork with the co-star has the biggest effect. He makes me so comfortable, so I’m looking forward to our chemistry ahead.” 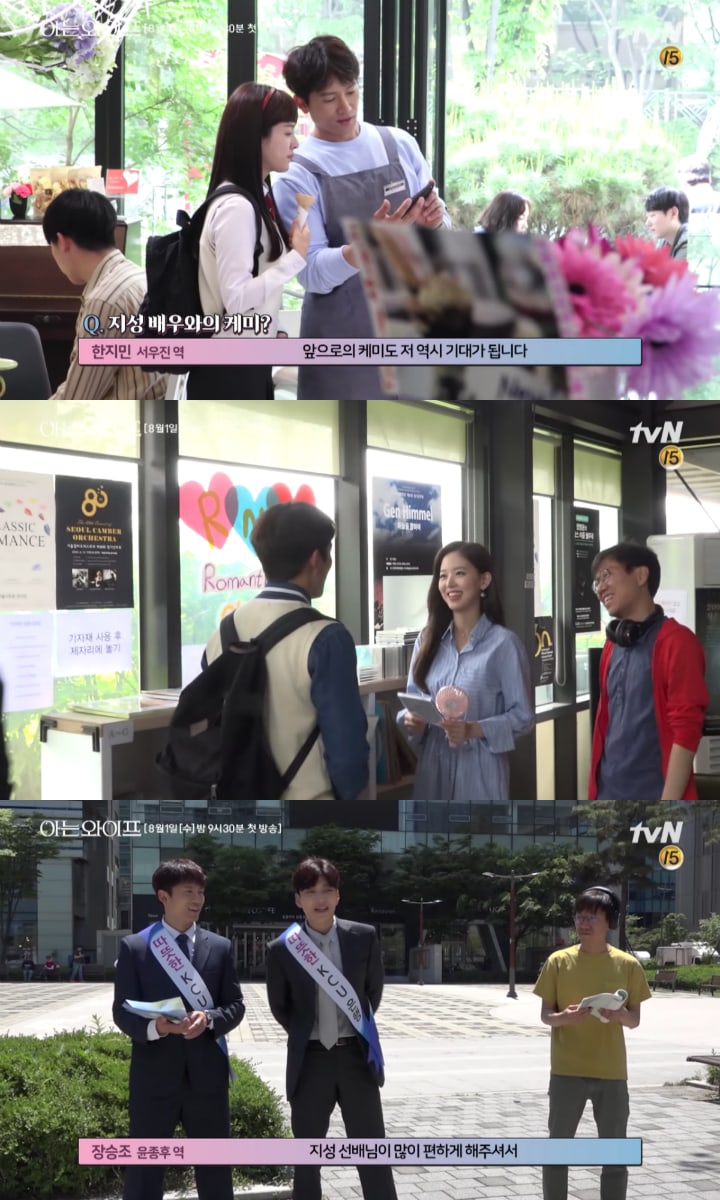 Kang Han Na plays the role of Lee Hye Won in the drama. She commented, “I felt young and fresh filming at a university. I gained lovely energy and am filming while also receiving Joo Hyuk’s love.”

Jang Seung Jo, who appears as Yoon Jong Hoo, began, “Everyone probably gets nervous on the first day of filming, right? Ji Sung made me really comfortable, so I had fun.”

The cast concluded, “We’re working hard and having fun filming from the warm spring days to the hot summer, so please look forward to this drama.”

As for the reason why viewers should watch their drama, Han Ji Min added with a laugh, “Ji Sung appears in it. I also appear in it.”

“Familiar Wife” will air its first episode on August 1 at 9:30 p.m. KST and will be available on Viki. Check out the behind-the-scenes video below!