ASTRO talked to their fans about their comeback mini album “Rise Up” in their pajamas.

On July 24, ASTRO held a “lying down broadcast” or LieV on Naver’s V Live. They began with each member’s unique introductions.

Cha Eun Woo could not join his members for the broadcast, but small photos of him appeared instead. MJ had fun reading the fans’ comments and said hello to them in different languages. They also said hello to the photo of Cha Eun Woo.

Introducing their new mini album, ASTRO said, “There are many points hidden in this album that we hope the fans will notice. The vibes are really different from the past. It’s an album with more mature vibes.” Moonbin added, “You’ll be able to see our growth.”

ASTRO members then revealed some of the difficulties they faced while preparing for their new mini album. They said there were many difficulties while recording and that they thought a lot about how to portray certain feelings while filming the MV.

JinJin stated, “As the leader, it was the hardest to coordinate between the members and the agency.” Rocky said, “There weren’t that many things that were that difficult. I think I had fun preparing with the thought of working hard and having fun while doing it.” MJ added, “It felt like we made our fans wait for too long, so that was my worry and it was very difficult.”

ASTRO then listened to their newest title track “Always You” with the viewers. MJ created a funny choreography and danced while the song played. 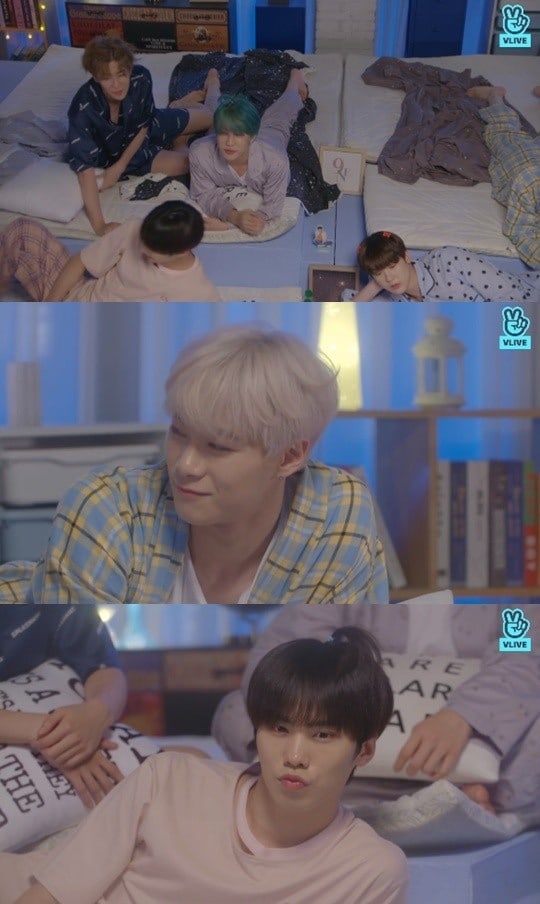 They also made a surprise phone call to Cha Eun Woo during the broadcast. He introduced himself and greeted the fans. The members playfully bombarded him with many questions and he burst into laughter.

When asked to say something to their fans AROHA, Cha Eun Woo began with the formal ASTRO greeting. He then asked them to enjoy watching the drama that he was currently filming, “My ID is Gangnam Beauty,” and expressed his love for them.

ASTRO continued talking about their comeback. Discussing how they grew emotionally, JinJin said, “At first, we felt a lot of pressure while preparing for the new album, but now I like that we as members have matured together.”

The group concluded the LieV with a dance party to each member’s favorite song, descriptions of their b-side tracks, and a short live performance for their fans.

ASTRO released the mini album “Rise Up” and MV for title track “Always You” on July 24.