Rapper Simon Dominic is stepping down as co-head of his label AOMG.

On July 25, AOMG released an official statement confirming Simon Dominic’s resignation. The rapper is not leaving the label but plans to focus on his work as an artist.

Earlier the same day, Simon Dominic had released a song titled “Me No Jay Park” in which he talked about wanting to resign. The song also mentions his respect for his fellow AOMG co-head Jay Park, his unhappiness at being called ‘boss’ and ‘CEO,’ and the difficulties he felt in trying to keep up with Jay Park.

The song also contains lyrics referring to “writing my resignation letter” and “I’m doing this in order to return to my former self.” 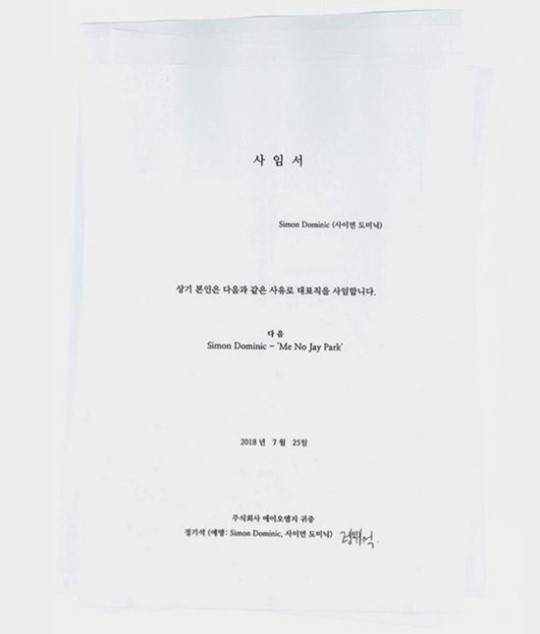 AOMG
Simon Dominic
How does this article make you feel?