Hwasa and Solar have beat the heat and succeeded in earning meals from strangers on JTBC’s “Let’s Eat Dinner Together”!

On the July 25 episode, MAMAMOO’s Hwasa and Solar made their way into Jangan Neighborhood in Dongdaemun to take on the challenge of eating together with strangers.

In the episode, Hwasa first appeared eating gopchang (small intestines). She said, “This is my sport. I’m eating the portion of two to three people.” After, Solar also made her appearance as the gopchang restaurant owner. 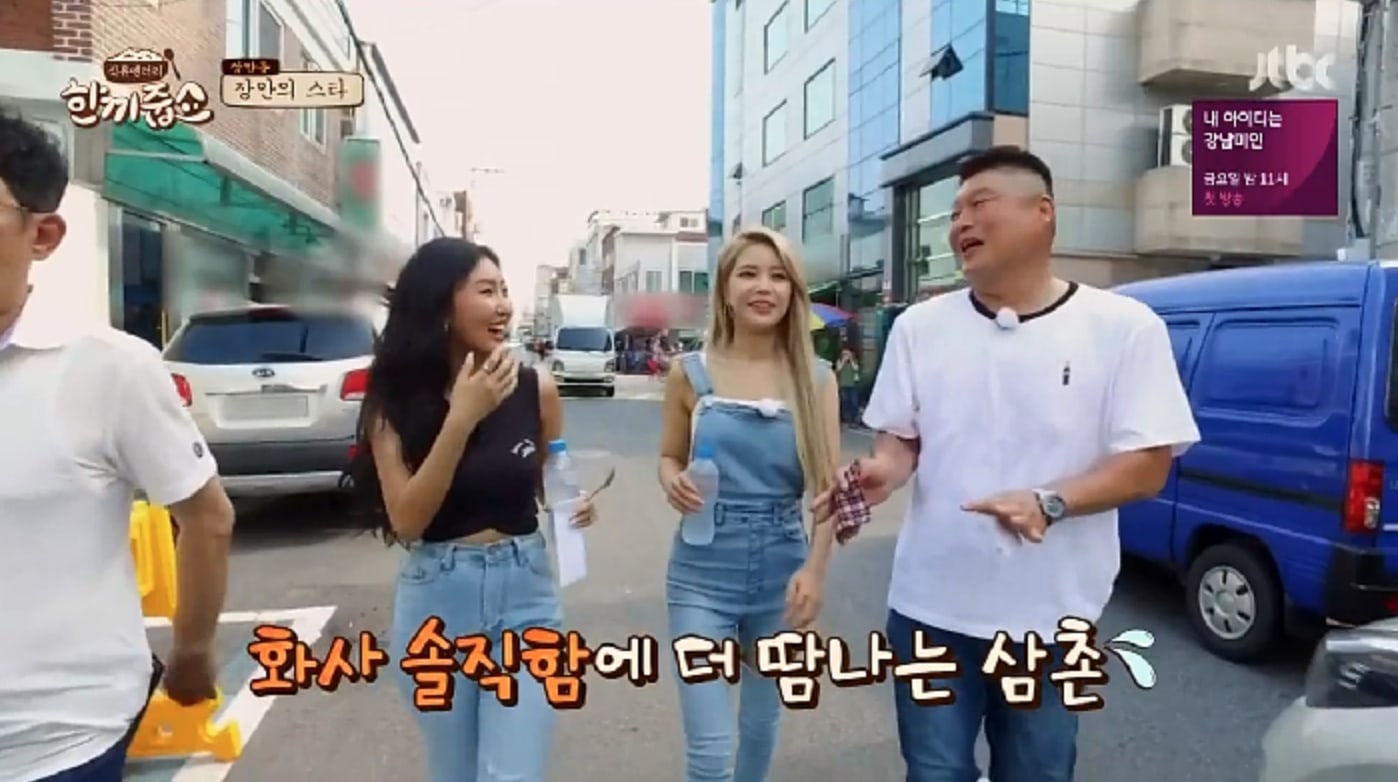 As the two MAMAMOO members and hosts Lee Kyung Kyu and Kang Ho Dong walked around the neighborhood sweating profusely under the hot summer heat, Kang Ho Dong asked MAMAMOO, “Do you have a method of overcoming the heat?” In response, Hwasa bluntly stated, “I think I just go around wearing less,” flustering those around her.

After this, they divided up into two teams (Team Lee Kyung Kyu-Solar and Team Kang Ho Dong-Hwasa) and began the challenge of trying to grab a meal with a stranger. At this moment, Solar revealed, “Hwasa and I made a bet that the person to succeed first would have to treat the other to gopchang.” Kang Ho Dong responded, “Take me, too, but I’ll eat the portion of 700 people,” making everyone laugh.

Later, Hwasa made her first attempt at ringing someone’s doorbell, but the home owner rejected her and stated, “We have to go to Wednesday worship.” Solar also made her own attempt, but unfortunately found that the doorbell was broken. Afterwards, the Hwasa-Kang Ho Dong team made their way towards a home, and after Hwasa hurriedly explained that “[it’s] a program where [they] eat dinner together,” the home owner told them to come in. 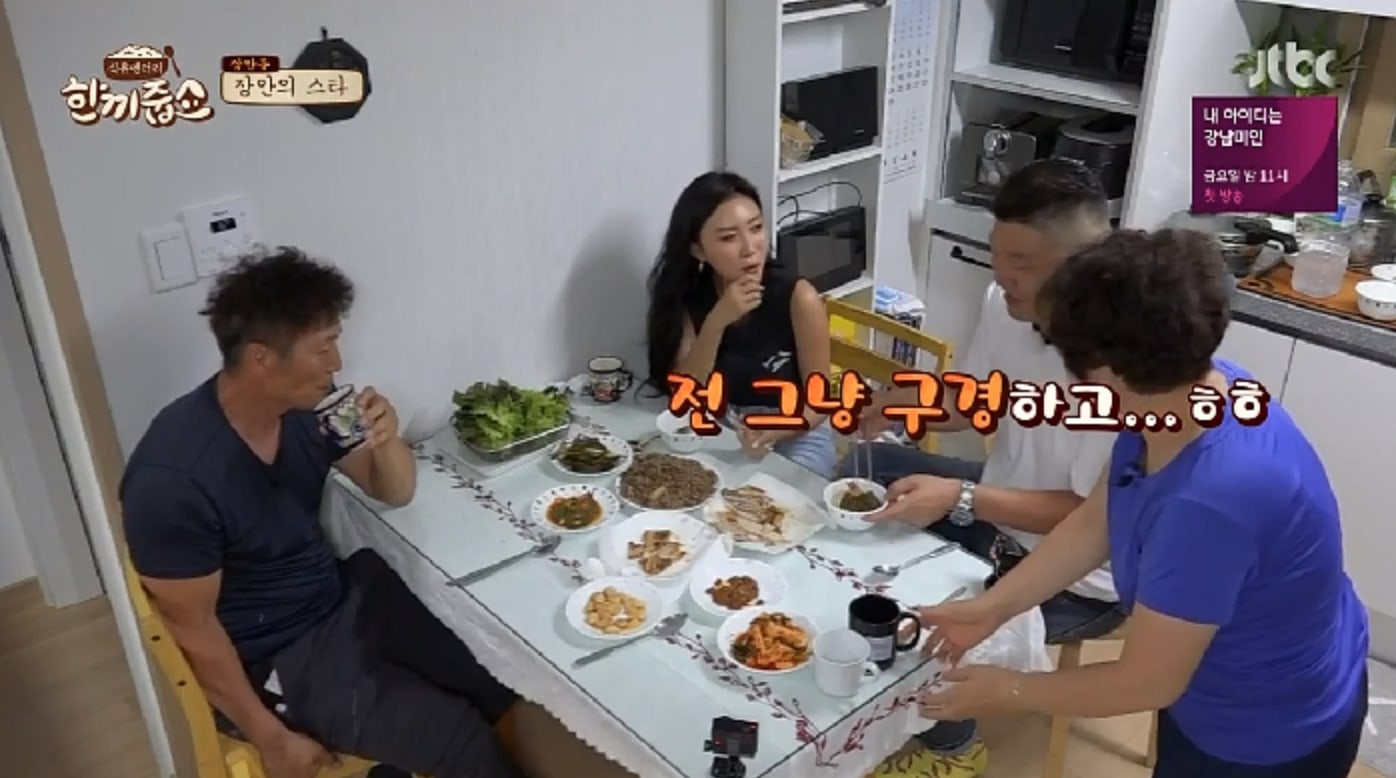 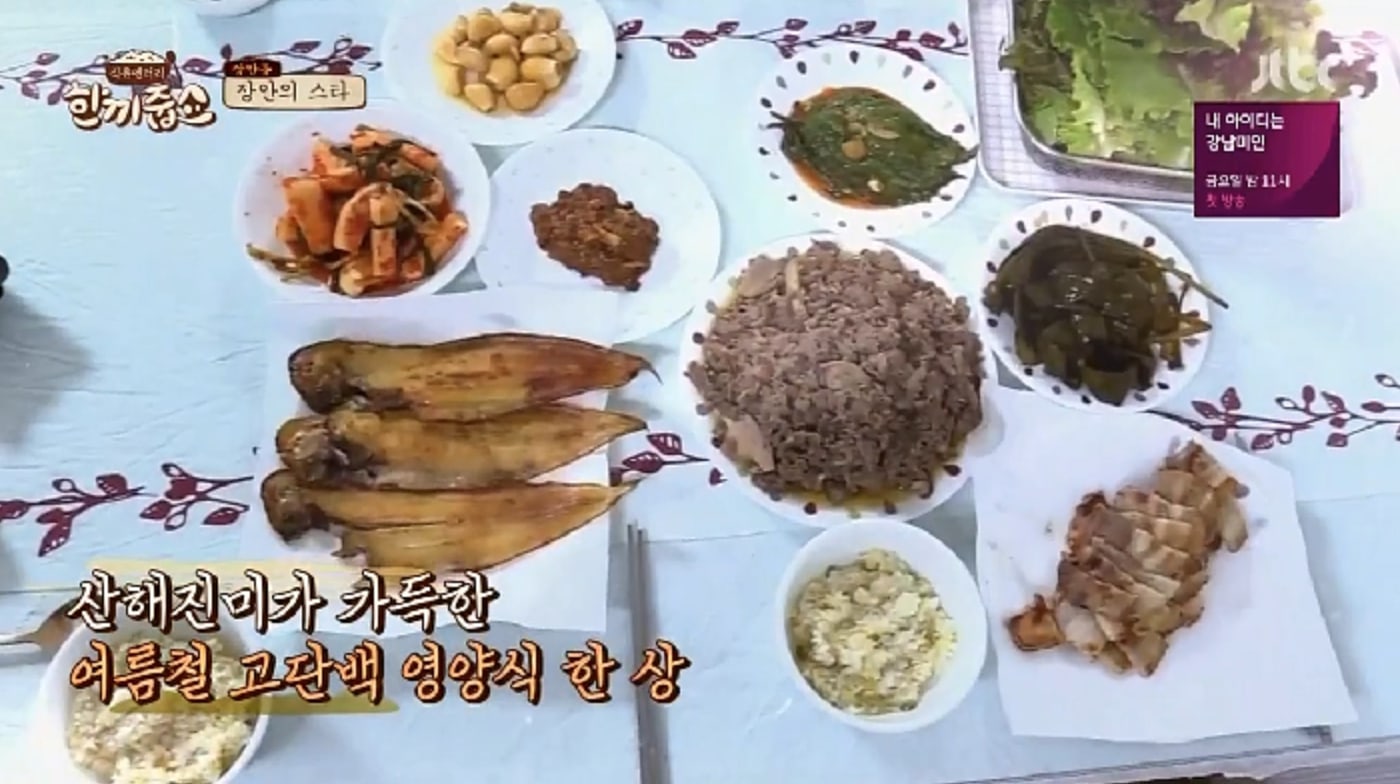 Hwasa showed her talents at eating deliciously as she said, “It’s been a long time since I’ve eaten a home-cooked meal.”

The Solar-Lee Kyung Kyu team, however, did not have the same luck as they rang the doorbell of an empty home. Surprisingly, a few moments later, they met a home owner who told them they knew of MAMAMOO, but unfortunately the home owner had already eaten. 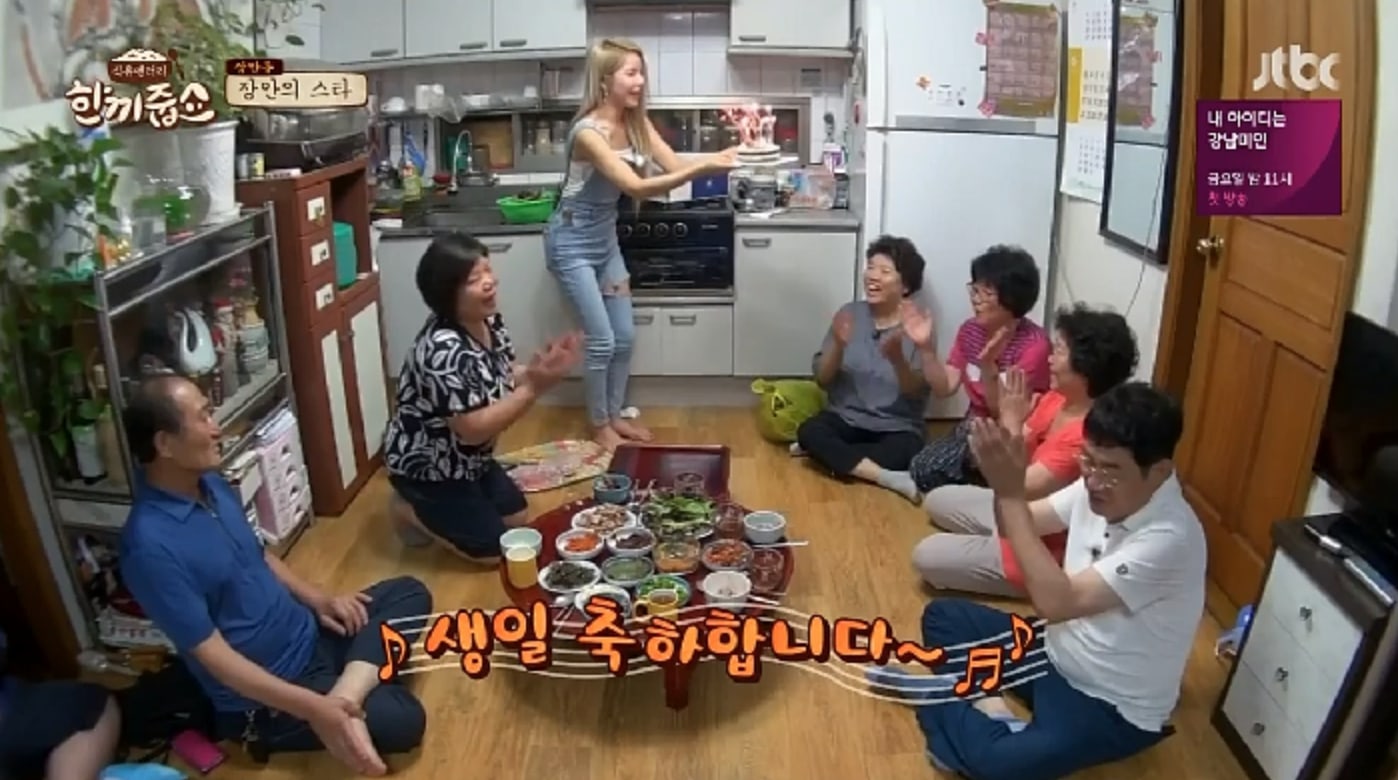 Later, Solar finally rang the doorbell of a home owner who said, “The door’s open. We’re going to start drinking with the neighbors right now. We have food, but no side dishes.” Despite this, Solar and Lee Kyung Kyu still requested a meal with these strangers and were invited into her home.

After learning that it was one of the neighbor’s birthday, Solar showed her special fan service and sang a special song for her.

MAMAMOO
Solar
Hwasa
Let's Eat Dinner Together
How does this article make you feel?